Zabaleta bows out as Man City climb to third 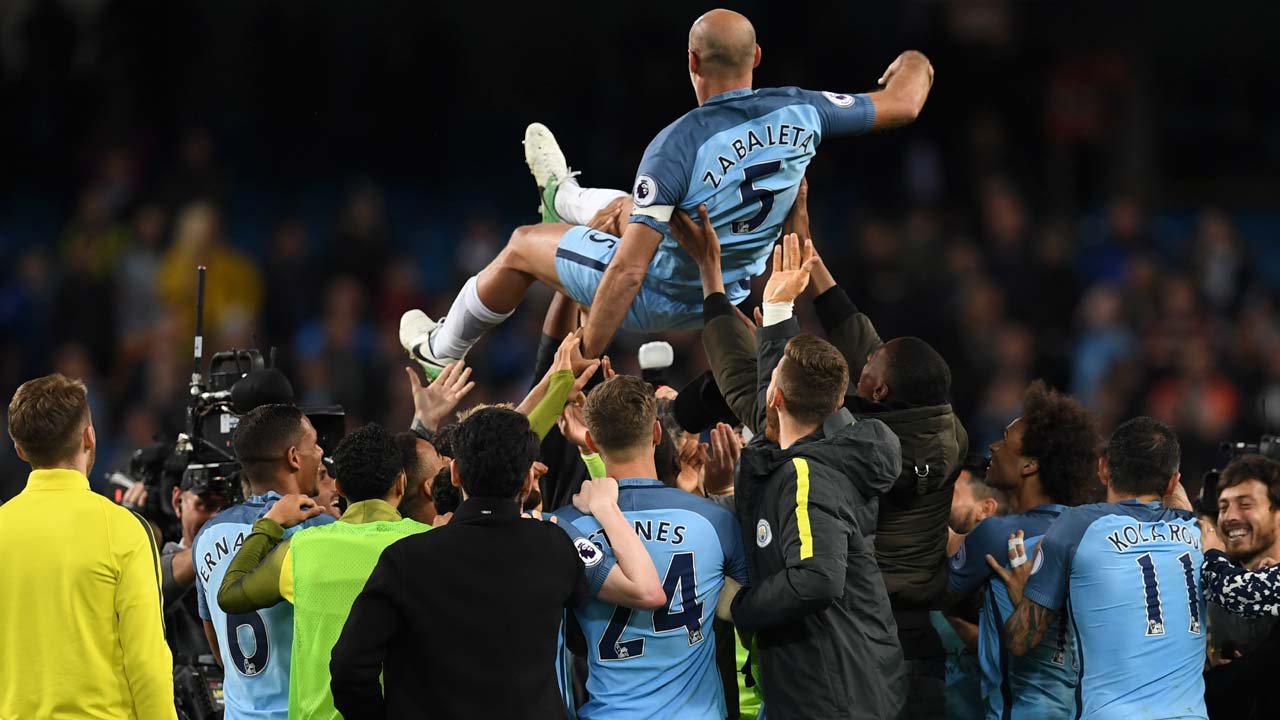 Manchester City's Argentinian defender Pablo Zabaleta is thrown in the air by his teammates as they and the crowd pay him tribute for his final home appearance for the club at the end of the English Premier League football match between Manchester City and West Bromwich Albion at the Etihad Stadium in Manchester, north west England, on May 16, 2017. Paul ELLIS / AFP 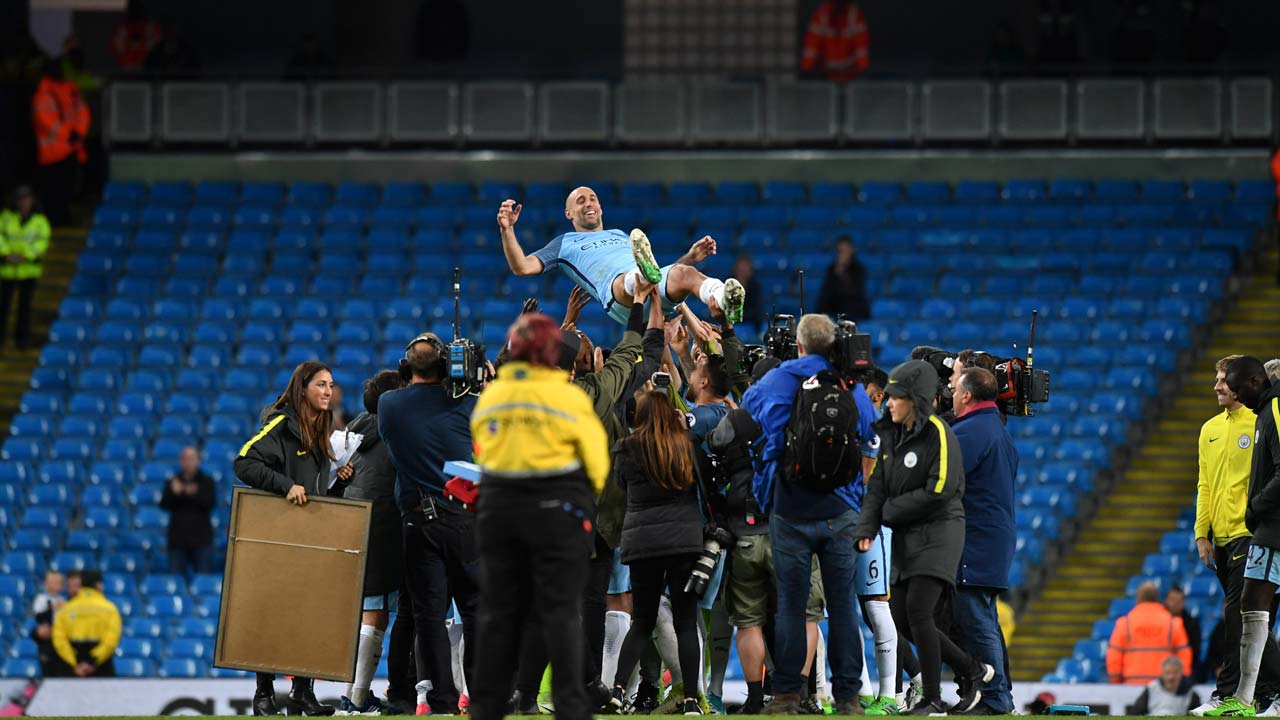 Manchester City's Argentinian defender Pablo Zabaleta is thrown in the air by his teammates as they and the crowd pay him tribute for his final home appearance for the club at the end of the English Premier League football match between Manchester City and West Bromwich Albion at the Etihad Stadium in Manchester, north west England, on May 16, 2017. Anthony Devlin / AFP

Manchester City edged ever closer to a guaranteed place in next season’s Champions League after an entertaining 3-1 win over West Bromwich at the Etihad Stadium on Tuesday.

Gabriel Jesus, Kevin De Bruyne and Yaya Toure scored the goals for Pep Guardiola’s side and barring a freak combination of results on the final day of the league season, City will finish in the top four.

City will go into Sunday’s trip to Watford in third place, two points above Liverpool and three clear of Arsenal, knowing victory will rubber-stamp direct qualification for the Champions League group phase.

But the evening was as much about popular City defender Pablo Zabaleta, who played out the final minutes of his nine-year stay with the club after coming on as a second-half substitute.

When City captain Vincent Kompany was replaced after 77 minutes and handed Zabaleta his captain’s armband, the Argentinian appeared to be fighting back tears.

Two goals in as many minutes midway through the first half guaranteed City victory, but given the lack of ambition and enthusiasm shown by the visitors, that outcome had looked all but certain direct from kick-off.

Jesus gave City the lead in the 27th minute with his sixth goal in just seven starts since returning to the side from injury at the start of February.

It was carved out by the impressive De Bruyne, whose cross from the left-hand byline allowed the young Brazilian to turn the ball into an open net.

The build-up play had been excellent, featuring a Toure pass and Sergio Aguero back-heel.

Just two minutes later, Albion caved in again to another well worked goal as De Bruyne strode onto a loose ball and curled a superb, half-volleyed finish past the diving Ben Foster from the edge of the box.

– Incisive one-two –
It seemed a question of how many more City could score — and when Guardiola would throw on Zabaleta for his swansong.

Even before the goals had started to fly, Foster had done well to dive sharply to his left to keep out Aleksandar Kolarov’s free-kick.

As City looked to increase their advantage over Liverpool and Arsenal in the goal difference column, Foster saved solidly from De Bruyne’s long-range shot and a 20-yard Aguero attempt, while Leroy Sane cleared the crossbar.

The opening stages of the second half were, if anything, even more comfortable for City as they camped in the visitors’ half.

A De Bruyne cross forced Foster into action and David Silva also made space for a shot that missed the goal by some margin.

The third goal came on 57 minutes as Toure collected the ball just inside the Albion half, played an incisive one-two with Aguero and carried the ball unopposed into the area before beating Foster from a dozen yards.

Satisfied that the result was beyond doubt, Guardiola brought on Zabaleta on the hour, although West Brom substitute James McClean soon beat him down the left and crossed for Salomon Rondon to head just wide.

Foster kept out what would have been a spectacular fourth, tipping a Jesus shot over the bar after the youngster had skilfully weaved his way through three defenders.

The one-time England goalkeeper also pulled off a late double save to deny Jesus as he bore down on goal.

City were briefly inconvenienced in the 87th minute when substitute Hal Robson-Kanu turned in West Brom’s consolation goal from Allan Nyom’s cross, but that failed to sour the celebratory mood at the Etihad.