A website belonging to Nigeria’s ruling All Progressives Congress has published a plagiarised manifesto on its website, a check by The Guardian shows.

But the party’s spokesman Lanre Issa-Onilu said the website was hacked by people who have “evil plots”.

The first paragraph of the power supply section of the party’s Next Level agenda published on apc.com.ng showed remarkable similarities to the content published on several other websites. 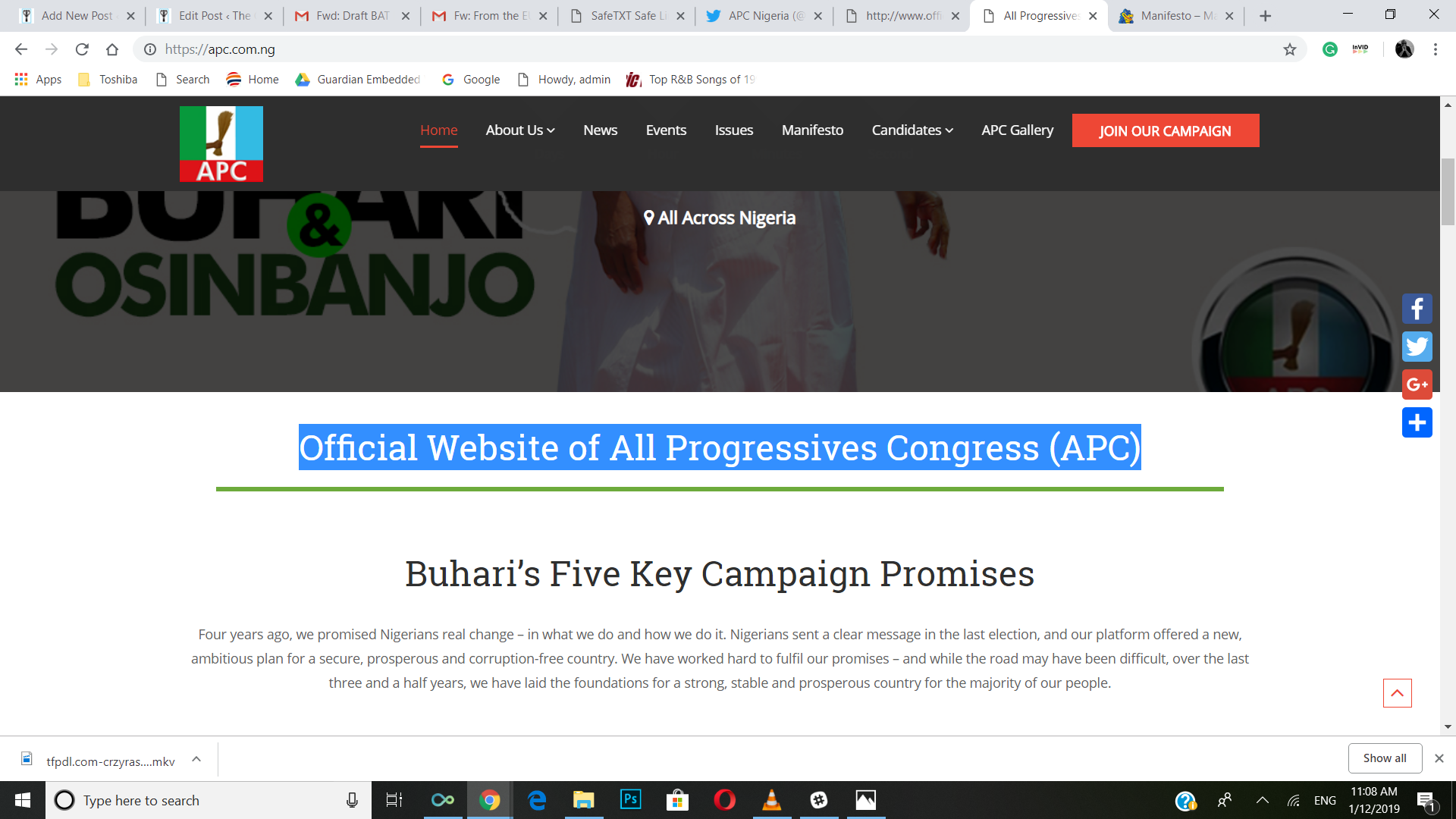 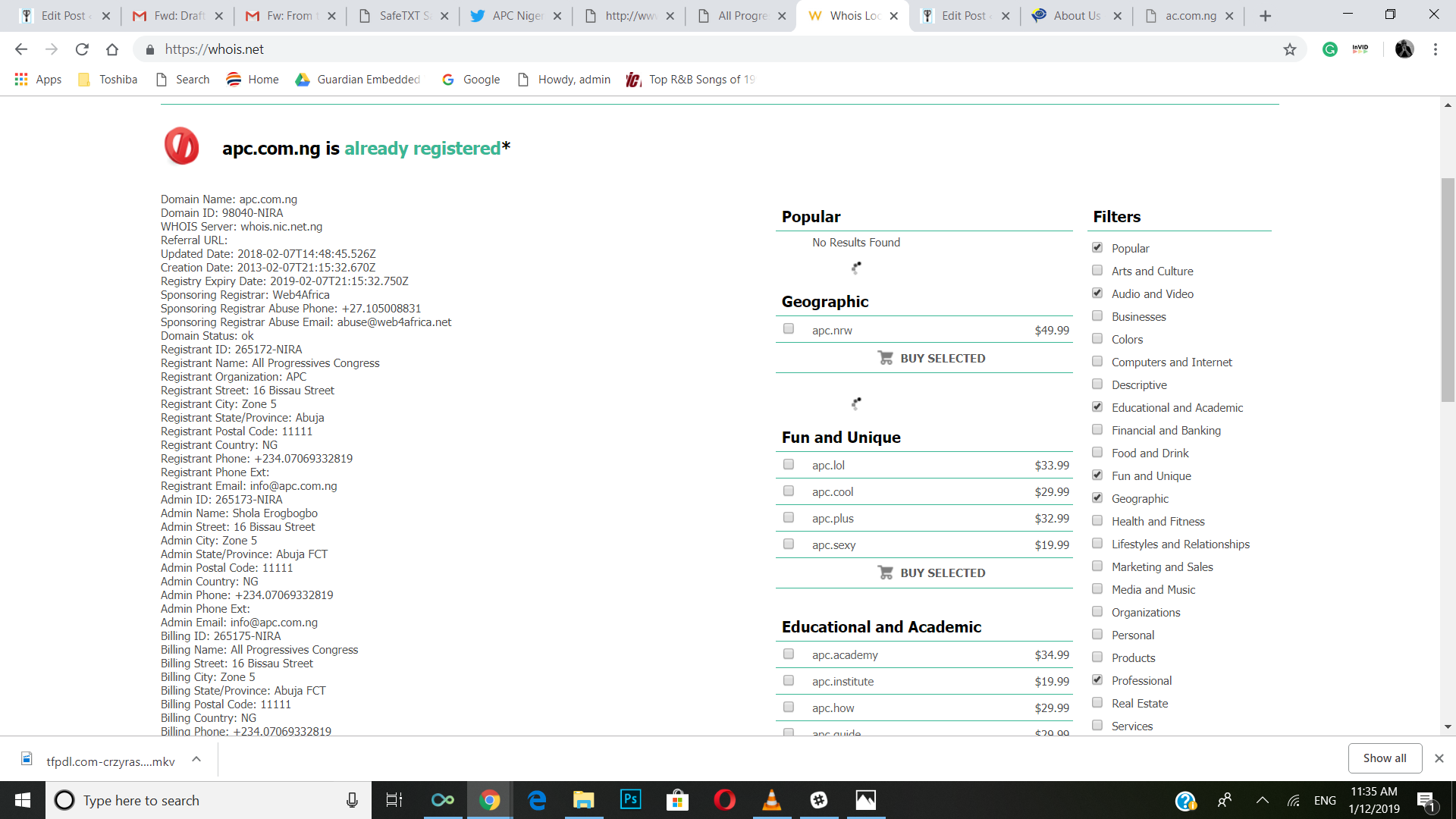 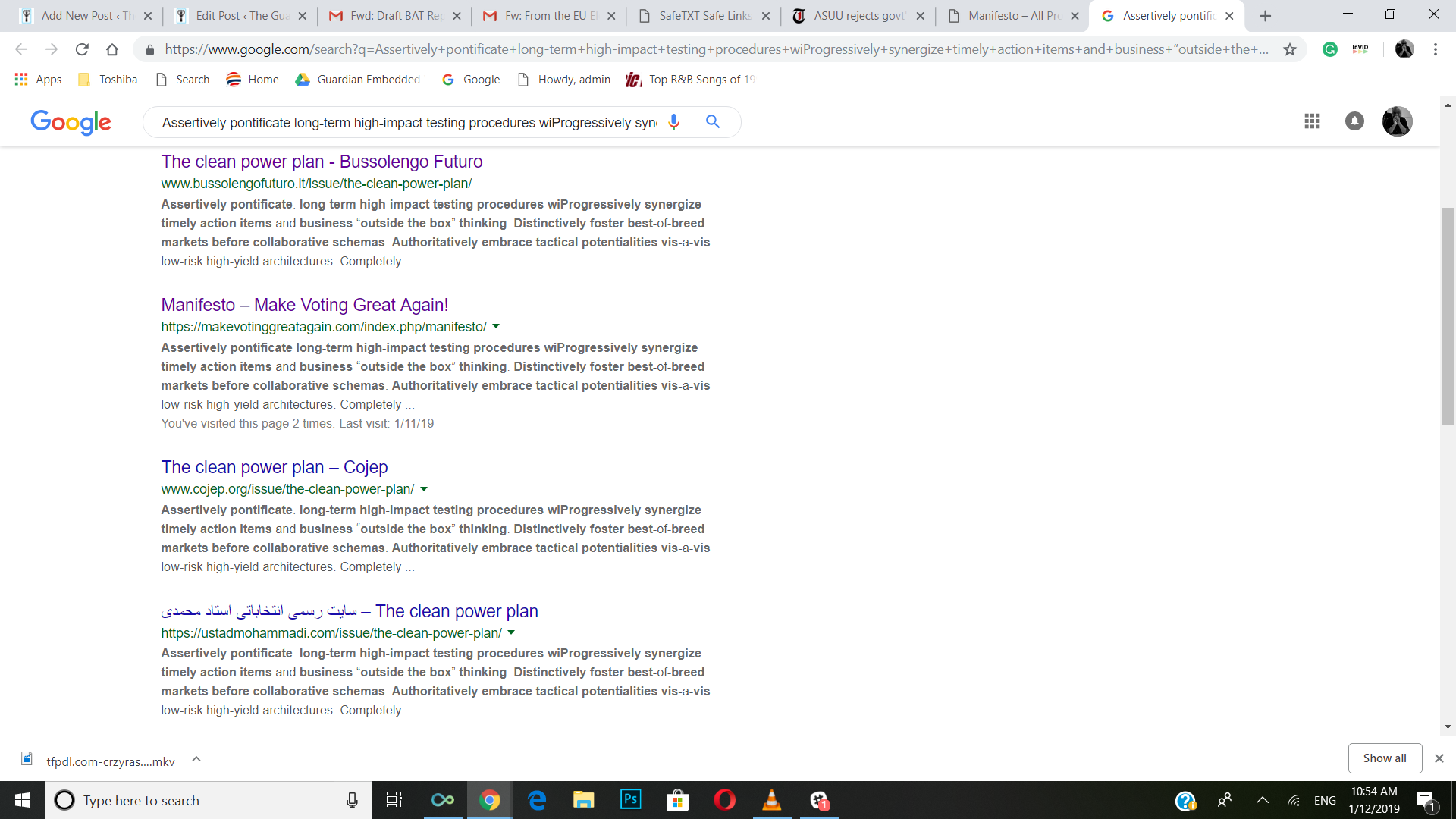 In fact, the section begins with the statement, “Our first priority is keeping America safe and secure,” which indicates that it was copied and not edited before it was published.

The official registrant of the website is listed as All Progressives Congress, its admin named as Shola Erogbogbo and contact email address is listed as info@apc.com.ng.

Whois.net lists the billing address of the website as 16, Bissau Street, Zone 5, Abuja, billing name as All Progressives Congress and the sponsoring registrar as Web4Africa, a South African information technology company.

Although the website listed in the Twitter bio of the official Twitter handle of the party is officialapcng.com, it is, however, not working when The Guardian checked on Saturday morning.

When visited, the site redirected to a download option for an unnamed folder.

A media website developer told The Guardian that that particular website may have been hacked or the server has a malware.

“It is very possible that site has been hacked or that server has a malware attack,” Elijah Bello said.

“It is also possible that the site of creating a new site has been giving to someone who does not his job.”

This is not the first time the persons connected to APC will be accused of plagiarism.

In September 2016, a part of President Muhammadu Buhari’s Change Begins With Me” speech, delivered at the launching of a social initiative against corruption and other vices, was copied from former American president Barack Obama’s 2008 victory speech.

“It was observed that the similarities between a paragraph in President Obama’s 2008 victory speech…are too close to be passed as coincidence,” presidential spokesman Garba Shehu said in a statement, adding that an unnamed “overzealous” speechwriter responsible for the plagiarism will face “appropriate sanction”.

The “Change Begins With Me” campaign itself was allegedly appropriated by the minister of information Lai Mohammed.

6ix to host Africa Accelerating 2021
2 hours ago
IMF Executive Board Concludes 2021 Article IV Consultation with the Republic of Congo
2 hours ago
Strengthening Africa's pharmaceutical industry: learning the lessons from COVID-19
2 hours ago
Uganda Land Forces Commander visits Somalia to assess troop welfare
2 hours ago
In Dialogue with Rwanda, Committee on the Rights of Migrant Workers Welcomes Adoption of Progressive Legislation and Asks about Migrants in Irregular Situations
2 hours ago
Over 2 million Kenyans face acute hunger due to drought in Kenya, warns IRC
1 day ago
United Nations issues guidance on negotiating trade agreements for increasing trade resilience in times of crisis and pandemic
1 day ago