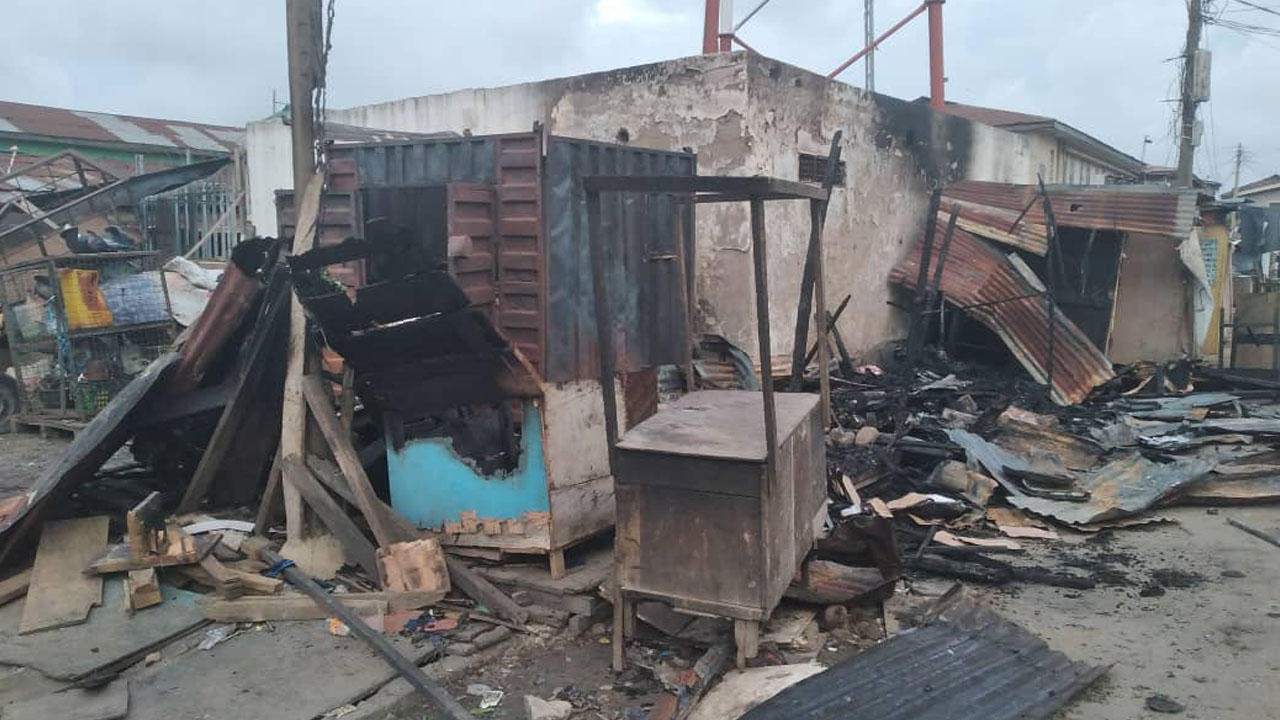 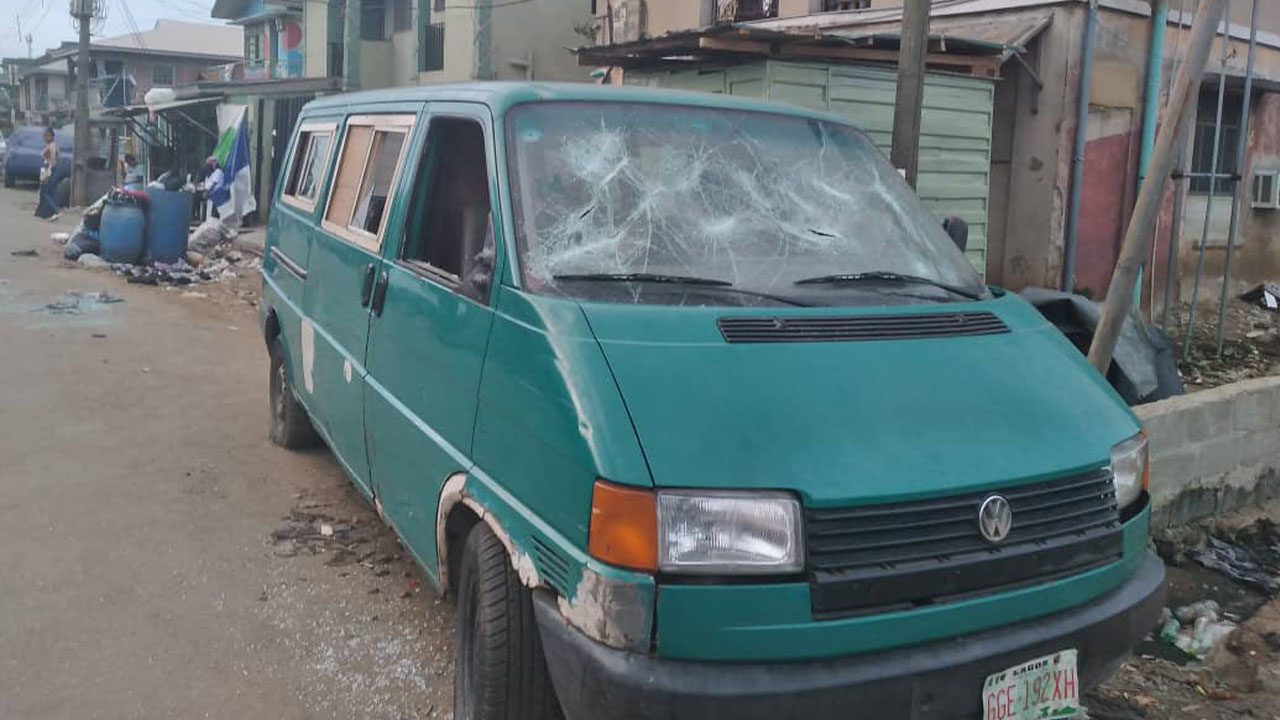 But contrary to the report by Lagos State Fire and Rescue Service Command and control room that houses were burnt, it was only shops that were burnt.

A resident in the area, who spoke in confidence, said the cult boys killed one person and destroyed cars and tricycles on three streets in the area.

Narrating the incident to The Guardian, a resident in Tinuola Street, Mr. Emmanuel Adeniji, who could only confirm the destruction of vehicles and arson on four shops in the area, said two cult boys, Eiye and Aiye stormed the area in a supremacy battle. “Eiye came from Ilupeju side to confront Aiye members in Mushin. They were here past 11: 00 a.m., on Monday morning and broke the glasses of some vehicles. They reinforced to unleash terror around 8:00 p.m. They started shouting, destroying buildings, and firing guns. We ran inside and we couldn’t do anything other than pray for our safety.

He added: “ Monday night incident was the first time I witnessed such a level of destruction on this street and in the area.

Speaking on police response, he said: “Police and members of Operation Mesa came around on Monday night, but they only came when the cult boys had left, and the police blasted siren till late night. I don’t know if the boys will come back, we are scared, we can’t face them because they have cutlasses and guns.

Nigeria
Group condemns killing of soldiers in Anambra
NOW
Following the killing of soldiers, who were on a routine patrol at Umunze in Orumba South Local Council of Anambra State, a group, the Igbo People of Nigeria (IPN), has condemned the incident
Nigeria
Ondo gets security monitoring app
3 mins ago
Ondo State Governor, Oluwarotimi Akeredolu has said millions of cellphones would be converted into state security cameras, just as the state released a security monitoring app to aid citizens in reporting
Nigeria
NSCDC CG’s lead outrider dies in crash
9 mins ago
The official lead outrider of the convoy of the Commandant General (CG), Nigeria Security and Civil Defence Corps, (NSCDC), Ahmed Audi, is dead.
Nigeria
Nnamani advocates for justice, equity
15 mins ago
Former Governor of Enugu State and Senator representing Enugu East in the upper legislative chamber of the National Assembly, Dr. Chimaroke Nnamani, on Friday, advocated for inclusiveness, justice
Nigeria
Saraki congratulates Nigerians
19 mins ago
Former Senate President, Dr. Bukola Saraki congratulated Nigerians on the 62nd anniversary of the nation’s independence, saying that the future of the country looks bright despite the present challenges.

Saturday Magazine
Teeth 4 teeth
1 Jan
If anyone of you reading this now is close to Nollywood star, Patience Ozokwor, he or she should tell her to remove her hand from these many Ponzi like schemes springing up

Saturday Magazine
Titi Kuti: I have been creative, expressive from a young age
1 Jan
Titi Kuti is an actor, producer, presenter and model. He is a graduate of Industrial Relations and Personnel Management from Lagos State University.