African players in Europe: Mahrez eyes CAN after City treble 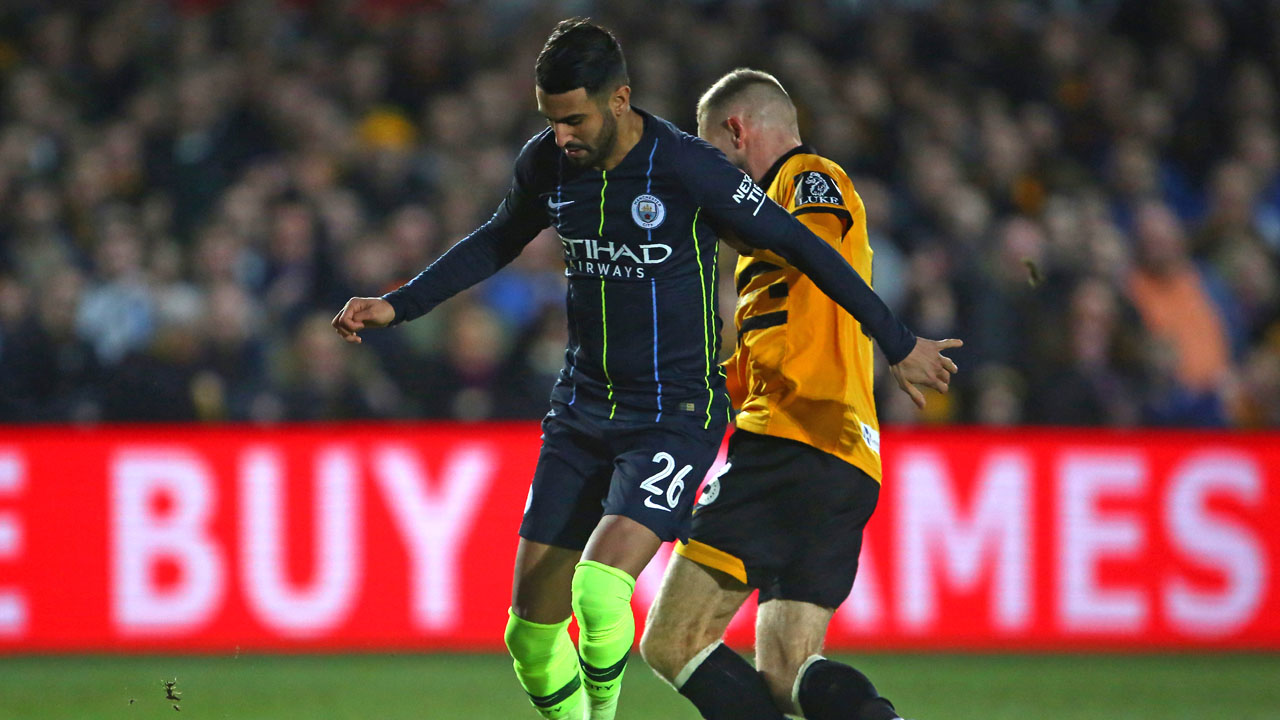 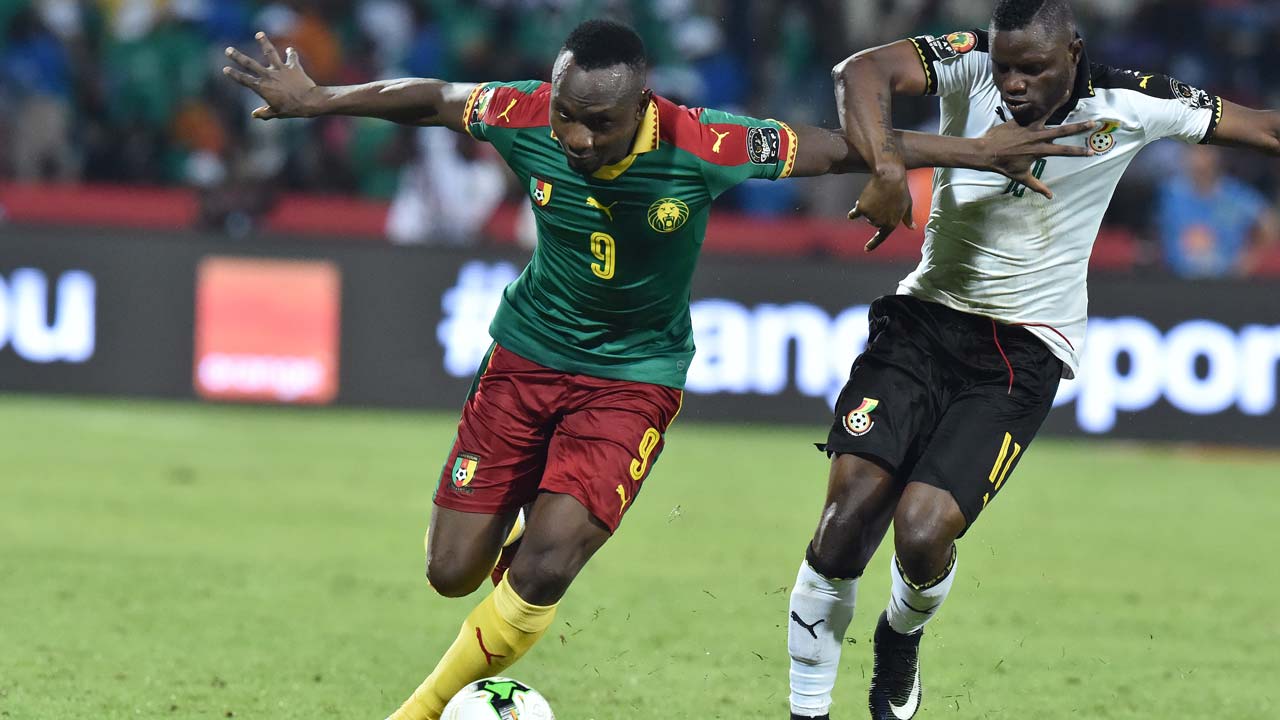 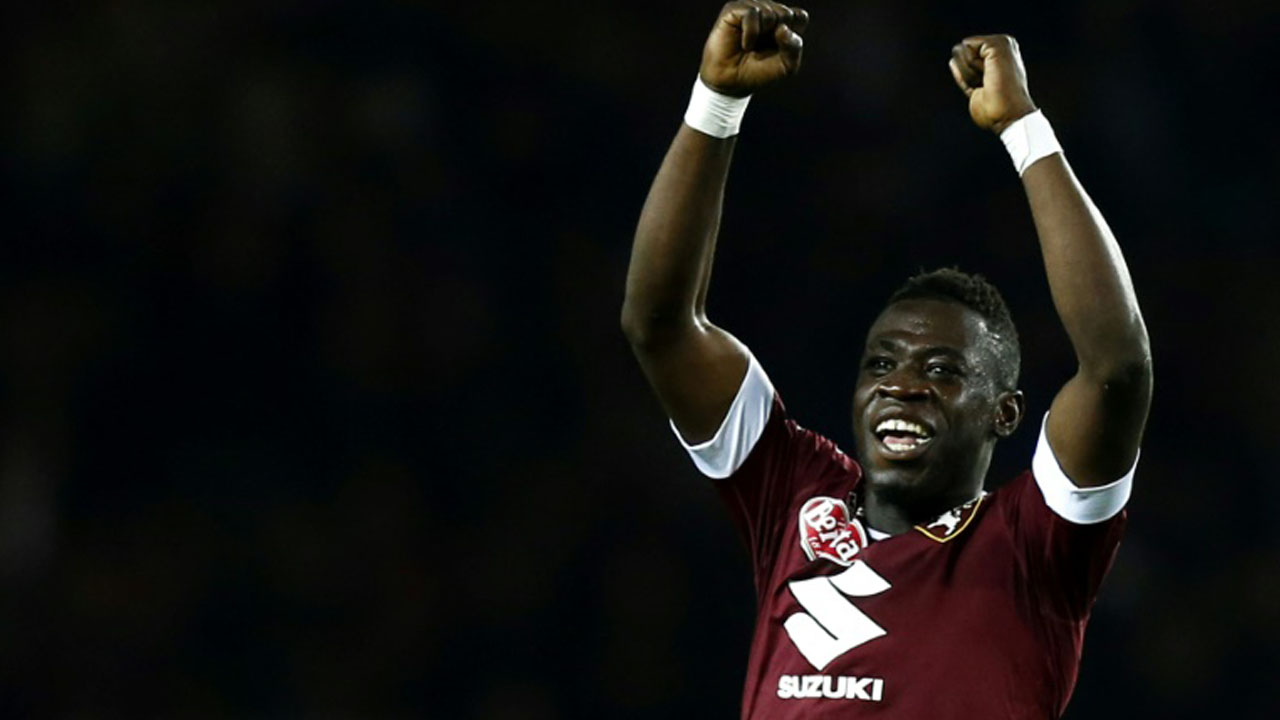 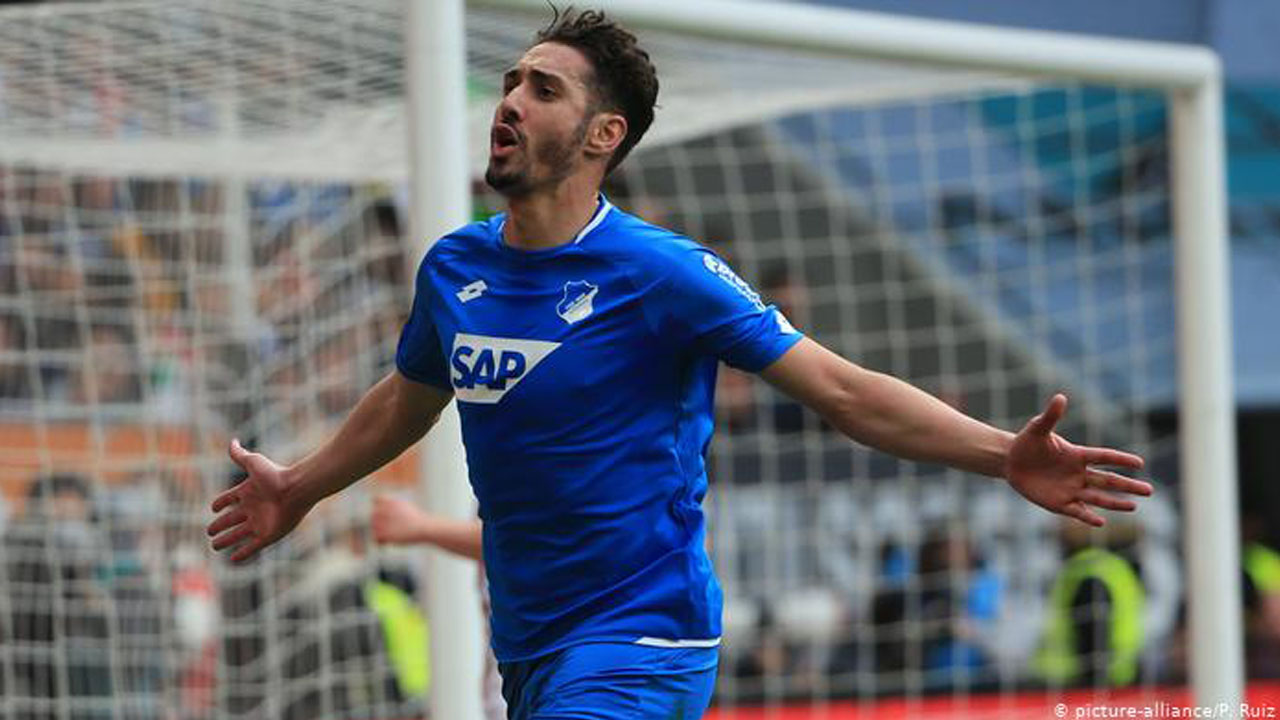 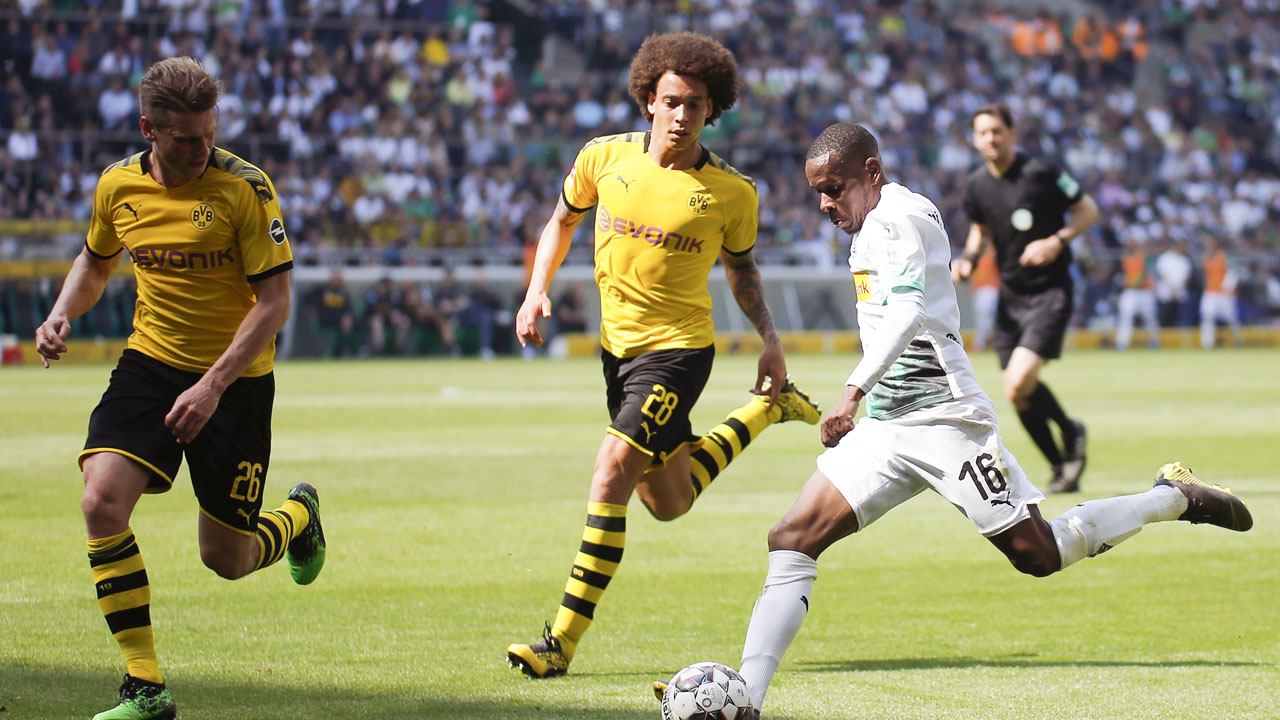 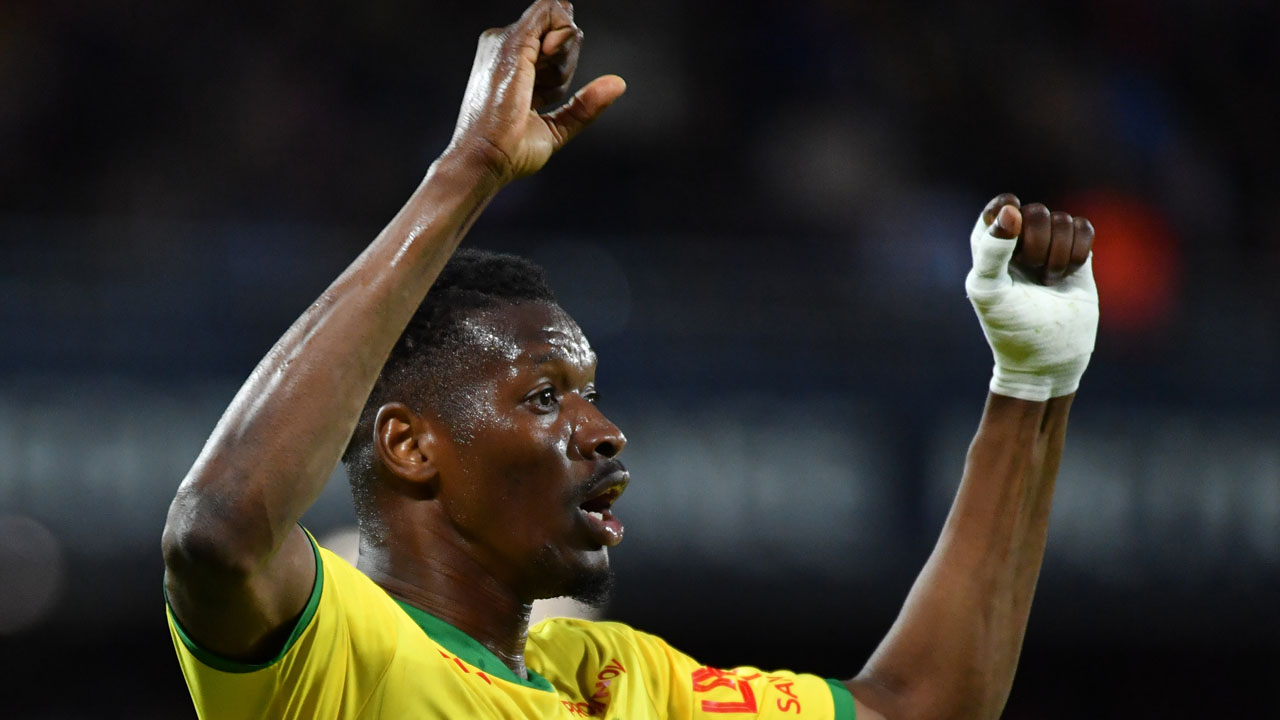 Nantes' Malian forward Kalifa Coulibaly reacts after scoring a goal during the French L1 football match between Montpellier (MHSC) and Nantes (FCN) on May 18, 2019, at the Mosson Stadium in Montpellier, southern France. (Photo by Pascal GUYOT / AFP) 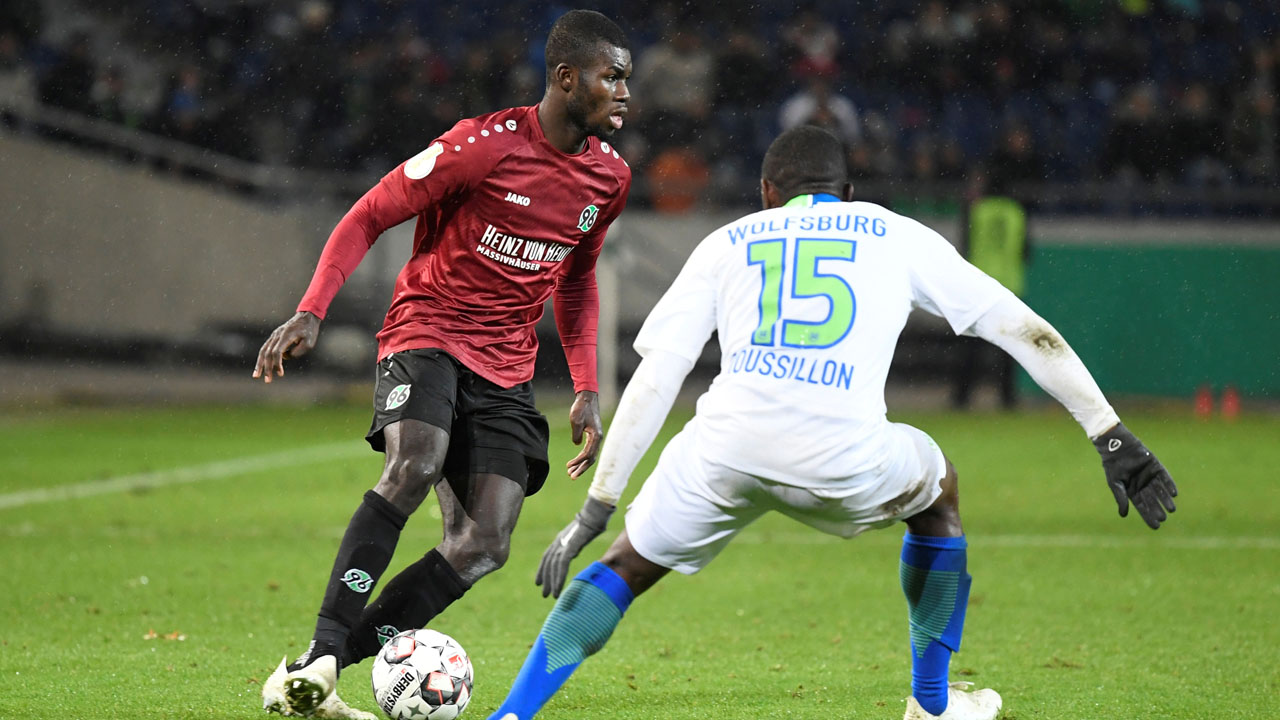 Manchester City winger Riyad Mahrez hopes he can continue a successful streak by helping Algeria win the Africa Cup of Nations (CAN) in Egypt during July.

The 28-year-old started in the FA Cup final at the weekend as City completed an English treble by trouncing Watford 6-0 after winning the Premier League and League Cup.

“It is 29 years since Algeria won the Cup of Nations and I want to be part of the team that repeats that feat,” he said after collecting his third winners’ medal of the season.

He played 55 minutes of the FA Cup final at Wembley and gave a solid performance before being replaced by Belgium star Kevin De Bruyne. Mahrez scored 12 goals this season for City in 44 appearances across all competitions.

Wakaso’s thundering volley helped Alaves beat Girona 2-1, a victory that confirmed their opponents’ relegation from La Liga. Wakaso scored his first goal of the season on its final weekend, the Ghanaian’s drive shortly before half-time teeing up a win that saw Alaves finish 11th.

Ghanaian midfielder Acquah scored the opening goal that sparked a stunning 4-1 Serie A win for struggling Empoli over Torino. He pounced on an error by on-loan Chelsea and Nigeria defender Aina to finish off on 27 minutes. The triumph pulled Empoli out of the relegation zone going into the final round of league matches while defeat ended Torino’s slim hopes of European football next season.

The Algerian forward crowned a successful season with his 16th goal to give Hoffenheim an early lead over Mainz. However, the afternoon ended in disappointment as Mainz fought back to win 4-2 and shatter Hoffenheim’s hopes of Europa League qualification.

The Guinea international hit the bar early in the first half as his side failed to take their chances in a 2-0 defeat to Borussia Dortmund, which saw Gladbach miss out on Champions League qualification as Bayer Leverkusen won 5-1 at Hertha Berlin to claim fourth spot.

The Togolese striker played his final game for relegated Hanover after the announcement that he would move to Hoffenheim next season. Hanover lost 2-1 to Fortuna Duesseldorf as they bid goodbye to the Bundesliga for at least 12 months.

Mali striker Coulibaly scored in the 24th minute in the 1-1 draw at Montpellier to take his Ligue 1 tally to 12 goals in all competitions this season as Nantes consolidated their mid-table position with one match to play. His scoring record will not have gone unnoticed at home ahead of the Africa Cup of Nations, which gets underway on June 21 in Egypt.

Nigeria
Emir of Damaturu, Buni drum support for Amaechi
8 mins ago
The Emir of Damaturu, HRH Alhaji Dr. Shehu Hashimi, the Ibn Elkanemi the 2nd, has called on Nigerians to support the Presidential ambition of former Transportation Minister, Rt Hon. Chibuike Rotimi Amaechi, a frontline aspirant in the forthcoming presidential primaries of the All Progressives Congress (APC) slated for this weekend.
AMA Press Releases
Middle East and North Africa: addressing highest rates of youth unemployment in the world
12 mins ago
NEW YORK, USA, 24 May 2022 -/African Media Agency(AMA)/-More than 33 million new jobs need to be created by 2030 in the Middle East and North Africa region by 2030, if the world’s largest unemployment hot spot is to be substantially improved, four United Nations agencies said on Monday. The joint-release by the UN labour agency, ILO, the…
Guardian Life
Unlocking The Secrets Of Face Steaming And It Benefits In Skincare
12 mins ago
Every time you go for a facial, you might have wondered why your face is steamed at each appointment.  For a long time, steam has been used for relaxation and rejuvenation. This is why today, you'll find that it is used in spas, saunas, and beauty parlours to create a warm atmosphere that helps you…
Nigeria
Relying solely on salary, no longer fashionable, Ayade tells Civil Servants
30 mins ago
Gov. Ben Ayade of Cross River has told Civil Servants in the state that relying solely on their salaries is no longer fashionable because it is hardly enough.
News
Gunmen attack Kwara APC House of Reps aspirant
39 mins ago
Some gunmen in the early hours of Tuesday in Igosi, Oke-ero Local Government Area of Kwara, attacked Mr Kayode Bankole, the House of Representatives aspirant on the platform of the All Progressives Congress (APC).

Sport
Onyekuru, Umar, eight others in Eagles’ Camp
2 Jan
The number of players in the Super Eagles’ camp, yesterday rose to 10, as the Coach Augustine Eguavoen-led squad intensifies preparation for the Africa Cup of Nations....

News Feature
Disturbing menace of violent clashes among Secondary School Students
2 Jan
The incessant fights that often erupt among some secondary school students in Lagos, these days, are becoming rather worrisome.