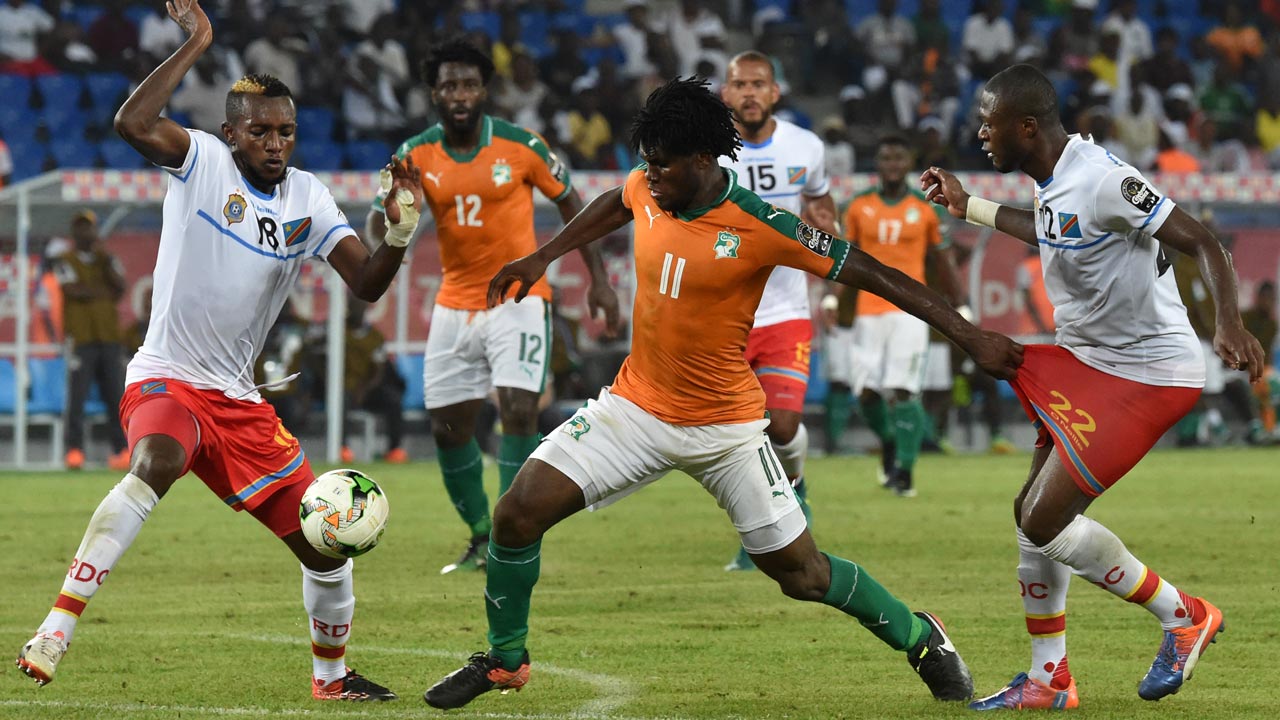 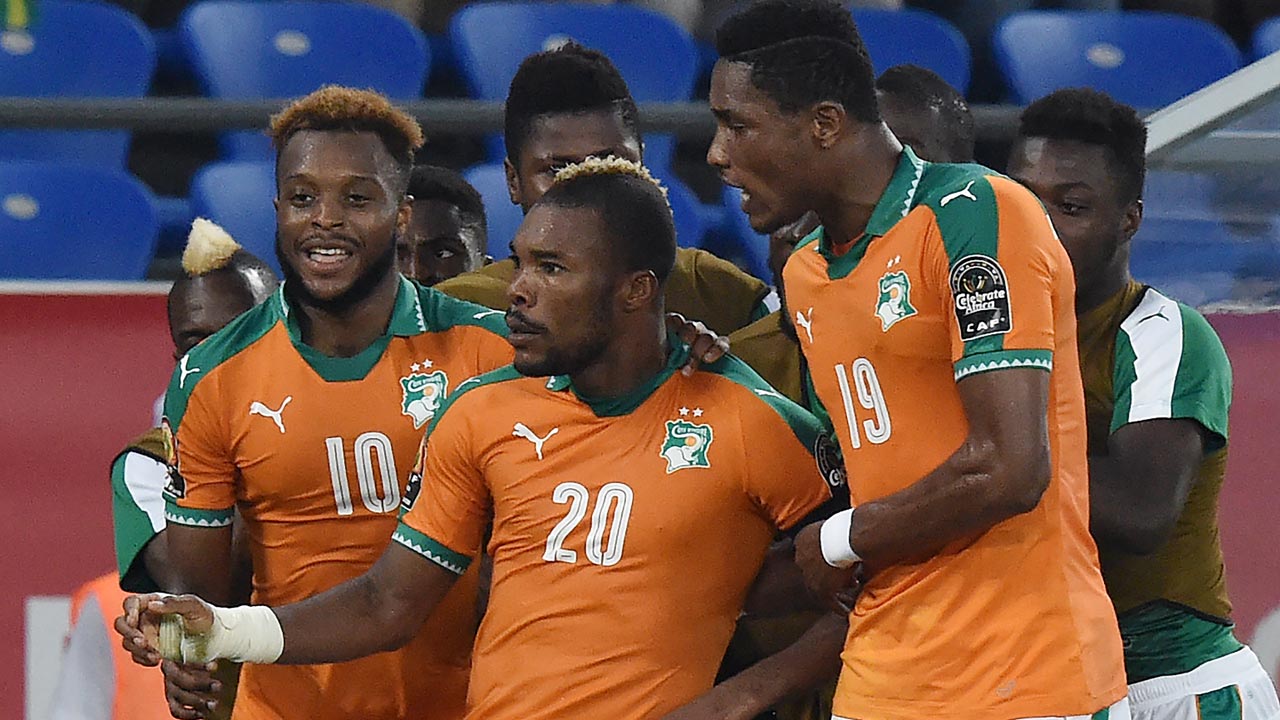 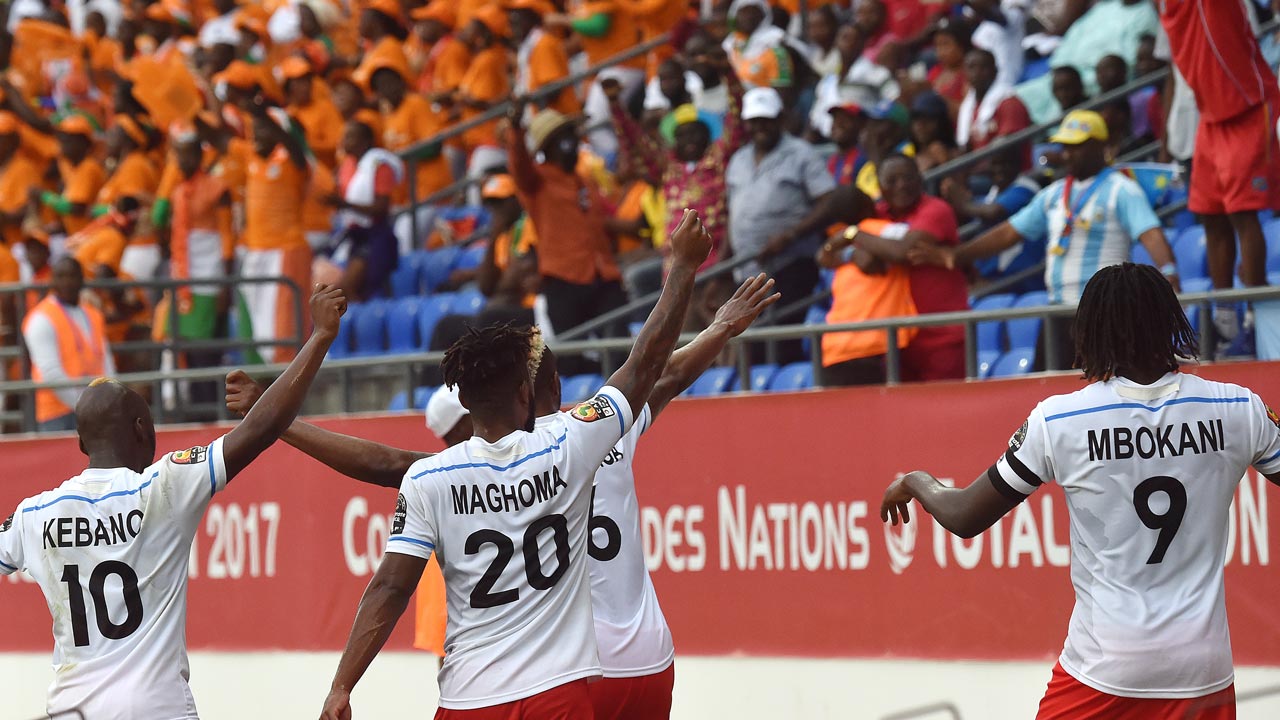 Defending champions the Ivory Coast had to come from behind twice to earn a 2-2 draw with the Democratic Republic of Congo Friday in a lively Africa Cup of Nations clash.

The result in the northern Gabonese town of Oyem kept the vibrant Congolese top of Group C with four points from two matches followed by the Ivorians with two.

Togo have one point and Morocco, their opponents later Friday in the second match of a double-header, are pointless.

Another defeat for Morocco, guided by twice Cup of Nations-winning coach Herve Renard, and they will be eliminated having gone down by a lone goal to DR Congo four days ago.

Neeskens Kebano and Junior Kabananga scored for the Congolese while Wilfried Bony and captain Geoffrey Serey Die got the Ivorian goals.

The fixture had a history of goals with four previous Cup of Nations meetings delivering 13, including four when the Ivory Coast won a semi-final 3-1 two years ago.

It was no surprise, then, that a lively first half in which both sides were committed to attack ended 2-1 in favour of the Congolese.

After only one goal in the opening two matches in Oyem, this was a welcome change for spectators seeking goalmouth excitement.

Kebano put twice champions DR Congo ahead on nine minutes with a sizzling shot across goalkeeper Sylvain Gbohouo into the far corner of the net.

The goal stemmed from a throw-in to Kabananga, who pushed it back to Kebano, whose first name stems from the respect his father had for former Dutch star Johan Neeskens.

DR Congo were looking sharper than the title-holders until recalled Bony began to make an impact from midway through the half with his aerial strength.

He nodded narrowly wide on 22 minutes and soon after equalised with a powerful glancing header past goalkeeper Ley Matampi following a corner.

The teams remained level for only three minutes, though, before Kabananga put the Congolese ahead again with his second goal of the tournament.

Unmarked at the far post, he soared to powerfully nod a cross past Gbohouo, who plays his club football in DR Congo with six-time African champions TP Mazembe.

Ivory Coast equalised again midway through the second half with a deflected shot from Serey Die leaving Matampi stranded.

Substitute Salomon Kalou thought he had snatched a stoppage-time winner for the Ivorians, but was correctly ruled offside.