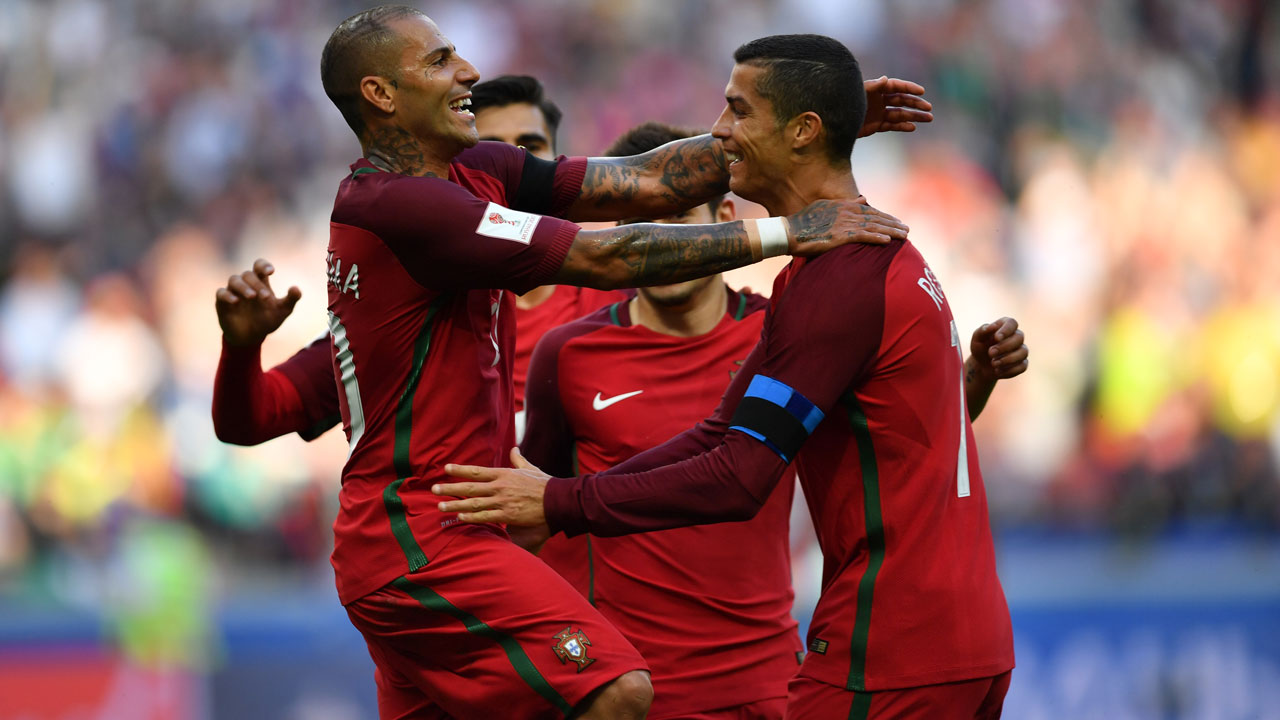 Portugal's forward Ricardo Quaresma (L) and Portugal's forward Cristiano Ronaldo celebrate scoring the first goal in the nets of Mexico's goalkeeper Guillermo Ochoa during the 2017 Confederations Cup group A football match between Portugal and Mexico at the Kazan Arena in Kazan on June 18, 2017. Yuri CORTEZ / AFP 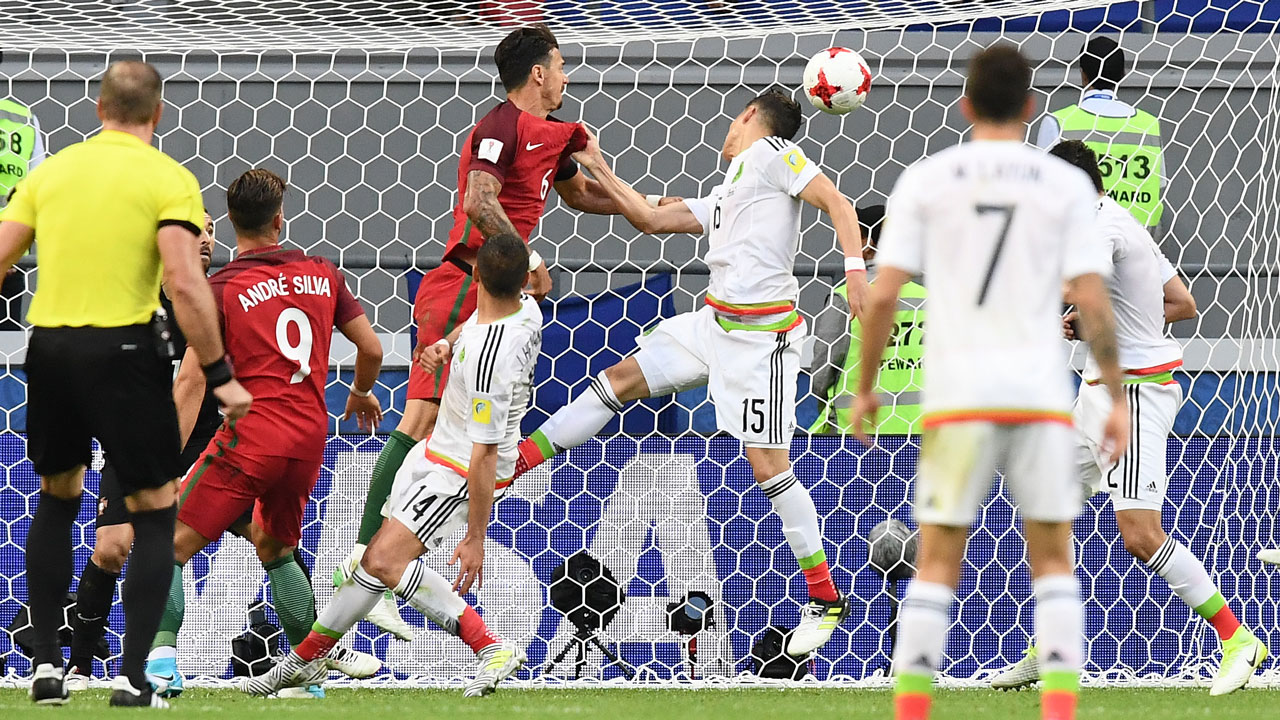 Mexico's defender Hector Moreno (15) heads the ball and scores during the 2017 Confederations Cup group A football match between Portugal and Mexico at the Kazan Arena in Kazan on June 18, 2017. FRANCK FIFE / AFP

Cristiano Ronaldo brushed off speculation about his Real Madrid future, although Portugal conceded a late equaliser in a 2-2 draw with Mexico at the Confederations Cup on Sunday.

Ronaldo teed up Ricardo Quaresma to fire Portugal ahead in the first half in Kazan, but the goal was cancelled out before the break by Mexico striker Javier Hernandez’s bullet header.

Cedric Soares restored Portugal’s lead on 86 minutes, but Hector Moreno’s stoppage-time header salvaged a point for Mexico in their Group A opener.

Ronaldo, 32, is reportedly furious over a tax probe into the off-shore accounts dealing with his image rights, and has reportedly vowed to leave Spain.

According to Spanish paper Marca on Sunday, Real Madrid’s coach Zinedine Zidane even broke off his holiday to call Ronaldo to try to persuade his star not to quit the club.

But Portugal’s talisman was at his best in an action-packed first half in his team’s opening match, with hosts Russia and New Zealand still to come in the group.

Ronaldo’s superb volley looked to have helped Portugal take the lead, but the video assistant referee came to Mexico’s rescue after Nani had put the ball in the net.

When Ronaldo’s volley thumped the crossbar, Nani pounced on the rebound, but the video ref spotted that four players were offside.

However, Portugal, and Ronaldo, were not to be denied.

The Euro 2016 winners took the lead on 34 minutes when Ronaldo sprinted into the box and his beautifully-timed pass found Quaresma unmarked in the area.

But Mexico responded with Hernandez testing Portugal keeper Rui Patricio, before putting his side level.

Borussia Dortmund midfielder Raphael Guerreiro failed to deal with a cross into the box and Carlos Vela teed up Hernandez, who met the cross with a diving header.

After an explosive opening period, the second was a much tamer affair as both teams squandered half chances as the tempo dropped.

But with the 90 minutes up, Mexican defender Moreno rose highest from the final corner of the game to head in the equaliser.