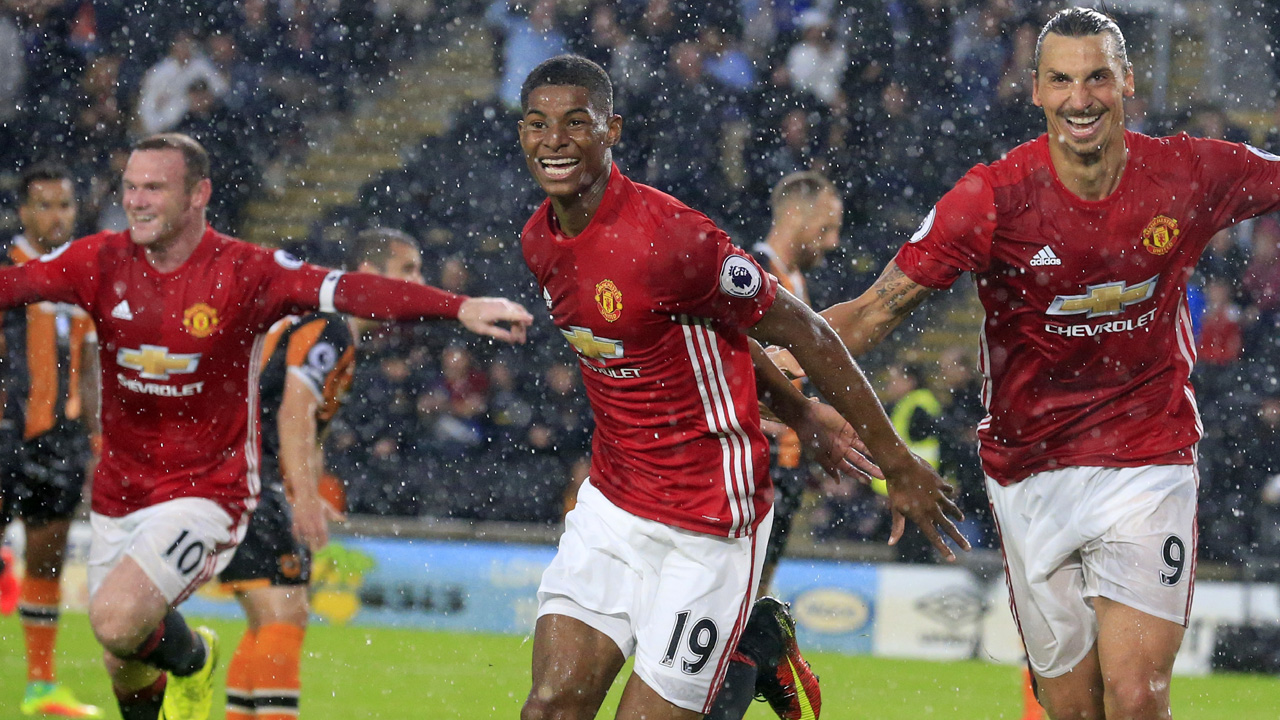 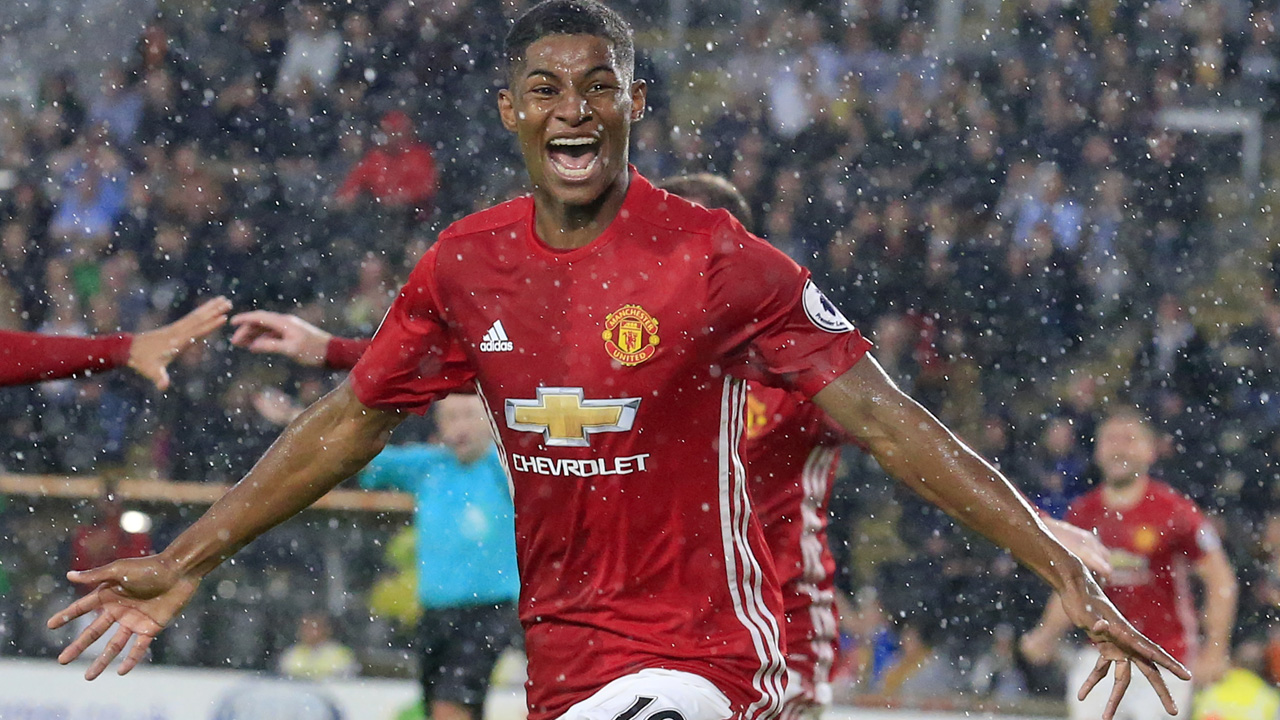 Marcus Rashford extended Manchester United’s 100 percent start to the Premier League season with a dramatic strike two minutes into stoppage time to seal a 1-0 win at Hull City on Saturday.

Teenage forward Rashford, left out of the starting line-up for each of United’s opening three matches, made his case for greater involvement as he came on as a substitute to convert Wayne Rooney’s low cross from close range.

Up to that point, it looked like being an evening of frustration for Jose Mourinho’s team, but they leave the KCOM Stadium in second place in the table behind leaders Chelsea only on goals scored.

Zlatan Ibrahimovic went close twice in the first half for United, while Rooney was denied by a brilliant first-half block from Hull captain Curtis Davies.

Hull, themselves looking to maintain a perfect league record, spent most of the match on the defensive but did have threatening moments of their own.

Robert Snodgrass’ free-kick flew just wide in the opening half, while Tom Huddlestone’s shot was deflected just wide off Eric Bailly inside the final 15 minutes.

Indeed, David Meyler lifted a shot over the bar from a promising position just seconds before Rashford struck, leaving the home side wondering what might have been.

Aside from the agonising manner of the defeat, a major concern for their caretaker manager Mike Phelan, though, will be an injury to Scotland international Snodgrass, who had to come off early in the second half.

Phelan, who is hoping to sign goalkeeper David Marshall from Cardiff City, is desperately short of senior players, despite the return of defender Harry Maguire from injury.

Hull’s stand-in manager is continuing to have to field players out of position, with midfielder Jake Livermore once again filling in as a centre-back, and winger Sam Clucas figuring in a holding midfield role.

The club’s lack of signings has been a sore point with supporters, who have called for owners Assem and Ehab Allam to leave the club.

– Adversity –
Ehab, writing in the match programme, indicated that a deal has been agreed to sell the club, with a Chinese consortium led by commercial property investors Dai Yongge and Dai Xiu Li believed to be taking over, having been in negotiations for several weeks.

Despite chaos off the pitch, Hull’s players have shown remarkable strength in adversity on it, withstanding United’s pressure until the final seconds in torrential rain in east Yorkshire.

The visitors almost took the lead in the eighth minute, when Ibrahimovic glanced a header onto the roof of the net from Anthony Martial’s clever cross.

They found it difficult to create clear chances after that and Hull did cause problems at the other end.

Marouane Fellaini conceded a free-kick right on the edge of the penalty area which Snodgrass, a regular threat from set-pieces, curled just wide.

United should have gone in front eight minutes before the interval when Juan Mata raced past Andrew Robertson and crossed for Rooney six yards out, but the England captain’s effort was blocked by Davies, and the visitors’ appeals for handball went unheeded.

Ibrahimovic then backheeled into the side-netting just before half-time, and United’s search for a goal continued with little success for much of the second period.

Paul Pogba and substitute Henrikh Mkhitaryan both had long-range efforts that missed the target, and the match looked set for a draw until Rashford’s late intervention.