The return of La Liga: What's at stake?
9 hours ago  Sport 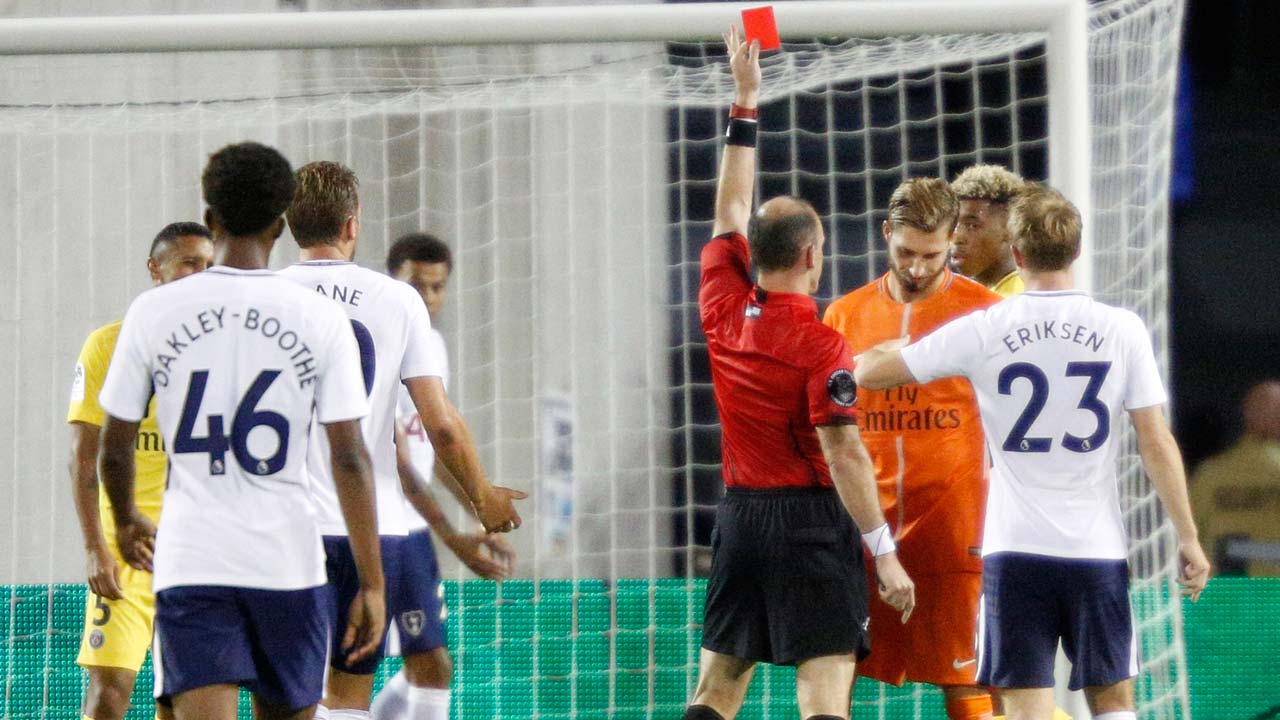 Paris Saint-Germain goal keeper Kevin Trapp is sent off by referee Ted Unkel at the start of the second half of their international friendly match against Tottenham Hotspur on July 22, 2017 at Camping World Stadium in Orlando, Florida. Trapp received the red card for touching the ball outside the 18-yeard box and was replaced by Alphonse Areola. Tottenham won the game 4-2. Gregg Newton / AFP 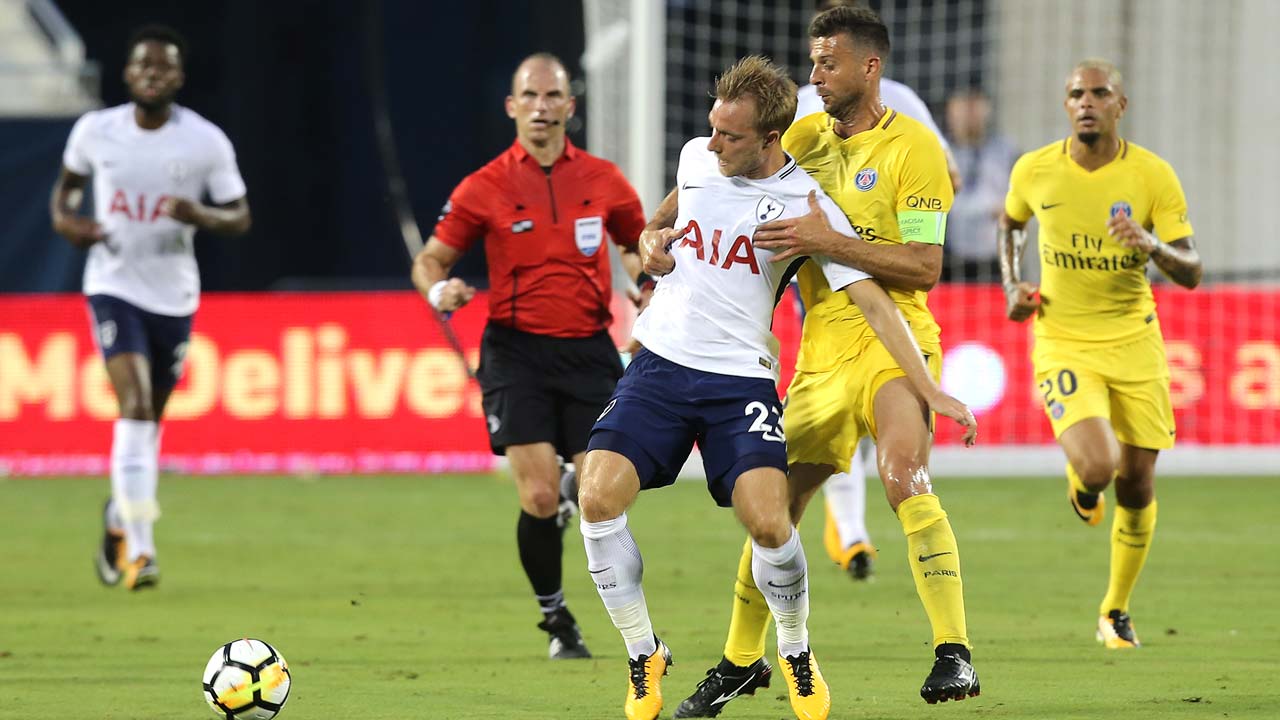 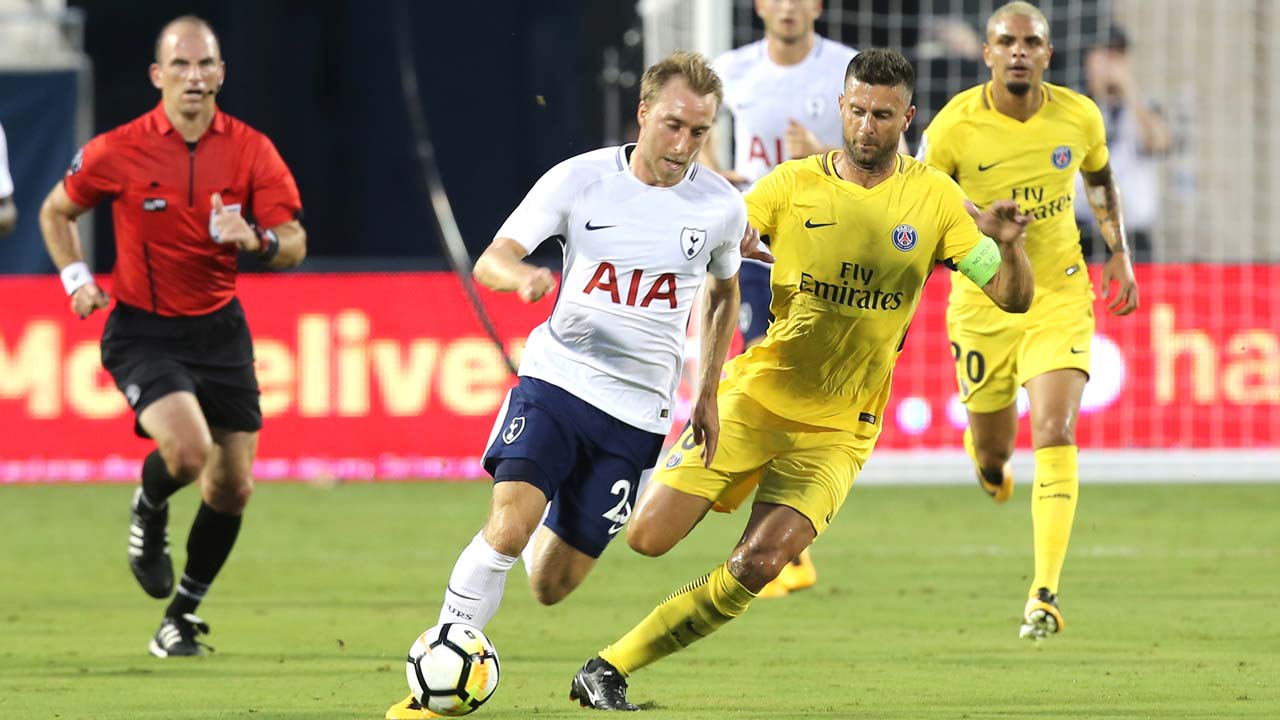 PSG were reduced to 10 men just moments into the second half when German goalkeeper Kevin Trapp, who had endured an awful first 45 minutes, was sent off for handballing outside of the box.

And although Unai Emery’s side were difficult to break down, late strikes from Belgian defender Toby Alderweireld and Kane, both on as substitutes, sealed a 4-2 triumph in front of 33,332 fans at the Camping World Stadium.

It’s very early days in this pre-season yet there was certainly enough on show from the London team to suggest a strong campaign in the Premier League beckons.

Both teams arrived at the Camping World stadium with tremendous uncertainty surrounding their transfer dealings this summer.

Emery was giving nothing away when asked about the potential transfers. “We are always looking for players who can help the team,” he said.

“Now for us the most important thing is to concentrate on the matches we have coming up,” added the coach, who on the evidence of Saturday’s game could use the infusion of talent.

Tottenham, meanwhile, were once again forced to contest claims that Eric Dier, their versatile England international, was the subject of a $50 million bid from Manchester United.

There is certain to be movement involving both teams as their respective domestic seasons draw closer, yet this was the first time Mauricio Pochettino’s side had played this pre-season.

PSG beat Roma on penalties in Detroit last Wednesday after their exhibition game finished 1-1 after 90 minutes.

That match saw Dani Alves, the Brazilian defender, make his Paris debut following his transfer from Juventus and he was started again here by Emery in a line-up which also included Thiago Motta and Uruguayan forward Edinson Cavani.

Pochettino, whose side travel to New York on Sunday ahead of Tuesday’s match with Roma at Red Bull Arena, kept star men Kane and Dele Alli on the bench, although Dier began in midfield alongside Mousa Dembele.

On six minutes, Cavani powered the French side ahead. Youngster Cameron Carter Vickers was caught out by Adrien Rabiot who raced clear and squared for the Uruguayan frontman.

While Eriksen’s equaliser was world class, Dier’s 18th minute goal was pure luck. Trapp’s poor clearance was hit straight at the Spurs player who gleefully saw the ball rebound over the line.

The English Premier League side should have extended their lead even further soon after, but Georges-Kevin Nkoudou wastefully fired over with just Trapp to beat before Ben Davies also went close thanks to some lovely build up play involving Vincent Janssen.

Pastore , however, wasn’t about to waste any opportunities and his close range strike on 36 minutes brought the entertaining tussle level once more only for Motta to head against his own post five minutes before the interval.

Trapp’s disastrous evening plummeted to new depths just 20 seconds into the second half. The German handled the ball outside of the box and was immediately shown the red card.

‘A lot of positives’
Kane and Alli, brought on by Pochettino during a raft of eight half-time changes, now had the chance to make the Parisians pay for their sloppiness and it was the England striker who sealed the triumph after Blaise Matuidi handled in the box six minutes after Alderweireld’s fantastic 20-yard strike left replacement keeper Alphonse Areola with no chance.

“There are lot of positives to take,” Pochettino said. “Our first game, it’s good to feel the competition. It’s a friendly but playing this kind of team it’s always good to compete.

“The result isn’t important. We just need to recover and arrive at the start of the Premier League season in good condition.”