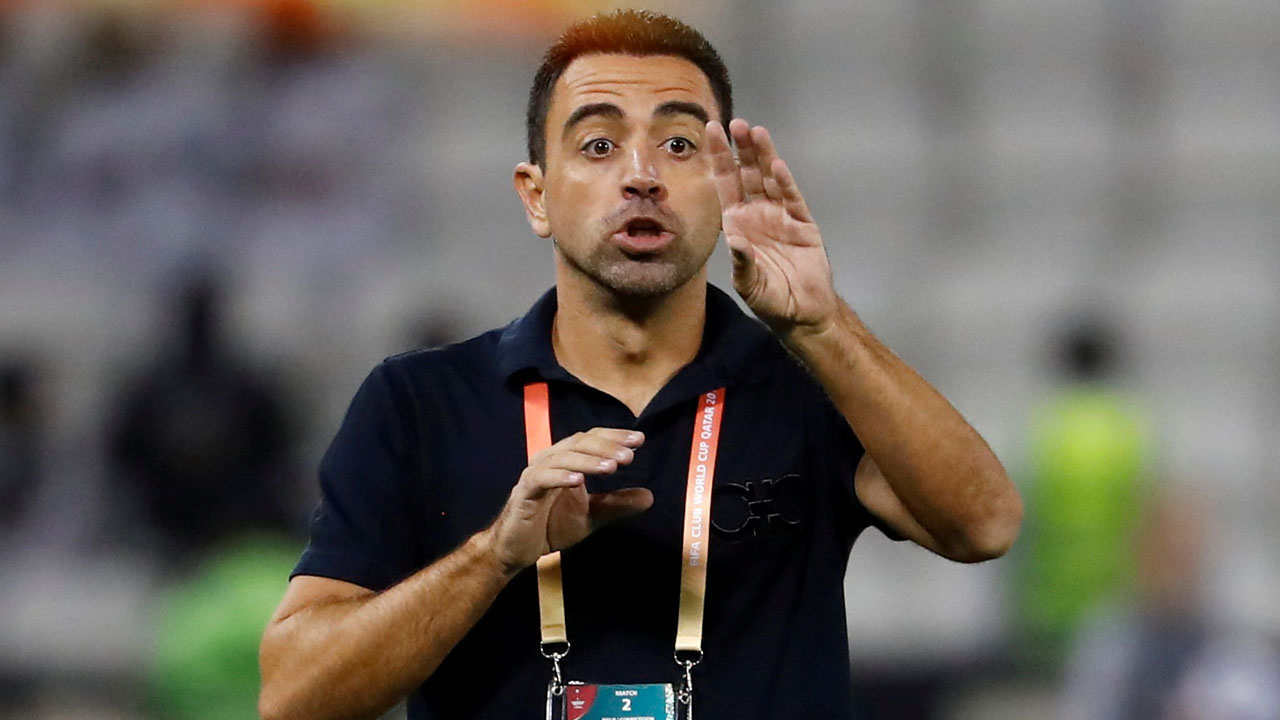 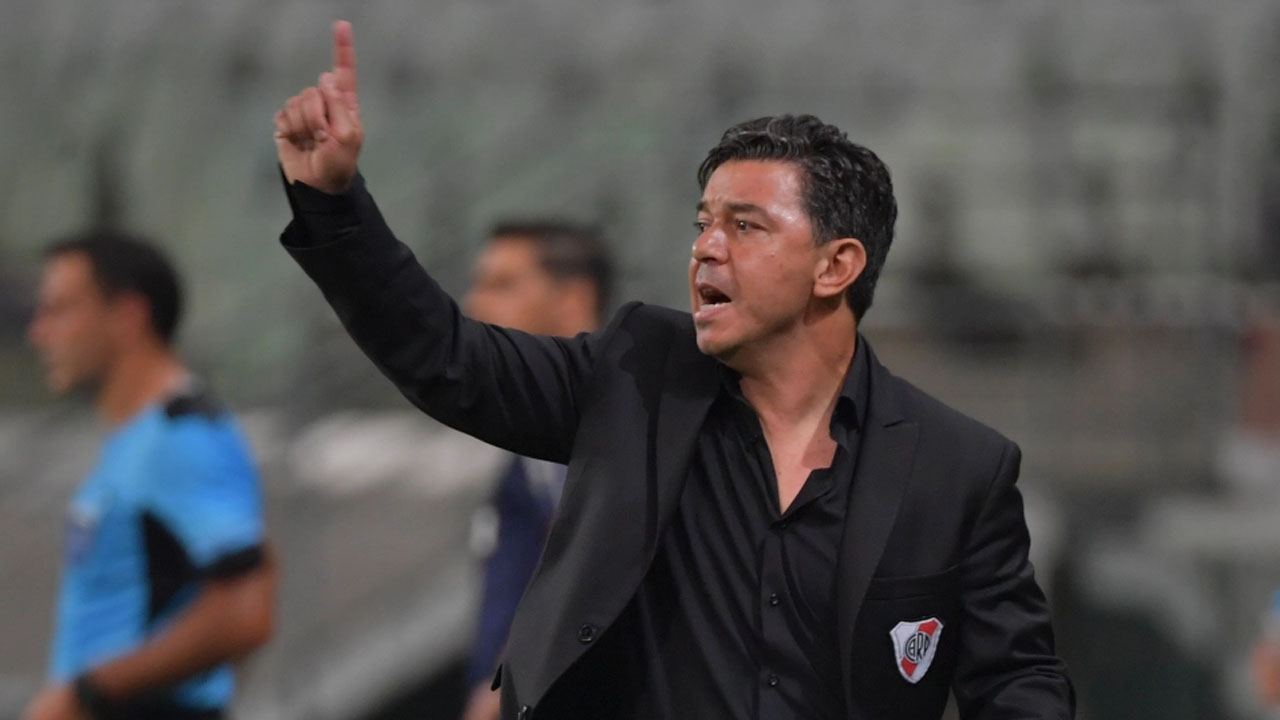 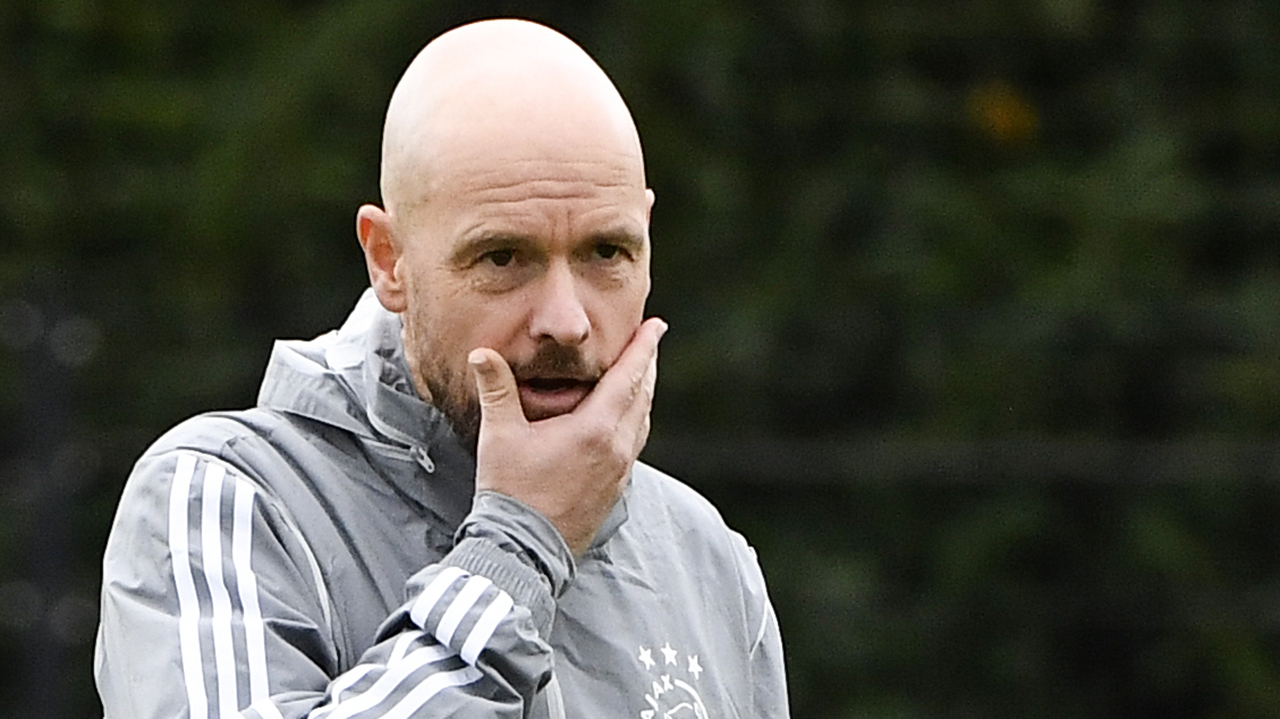 Ajax' Dutch head-coach Erik ten Hag reacts as he attends a training session, in Amsterdam, on October 22, 2019 on the eve of the UEFA Champions League football match between Ajax Amsterdam and Chelsea. (Photo by John THYS / AFP)

Barcelona is looking for a new coach after they sacked Ronald Koeman with the Spanish giants ninth in La Liga and third in their Champions League group.

A dire financial situation has hung over the club in recent months, causing Lionel Messi to join Paris Saint-Germain in August. Barcelona are 1.35 billion euros in debt.

Any successor would have to work within those economic constraints, bring back a more attractive style of football and significantly improve results.

Most importantly, Barcelona president Joan Laporta will want to see greater assurances that the team will finish in La Liga’s top four. Failing to qualify for next season’s Champions League would only deepen the club’s financial crisis.

Xavi Hernandez
Xavi is currently in charge of Qatari side Al Sadd and would be a hugely popular choice with the Barca fans, given his glittering career at the Camp Nou as an elite midfielder.

There is also the belief that the 41-year-old would instil an attractive style similar to the one played by Barcelona when he was there under Pep Guardiola.

But Laporta has reportedly had reservations about appointing Xavi in the past, not least because of his lack of experience.

Xavi might also be reluctant to join, with the club in such a financial mess and now without his former team-mate Messi.

He is though the clear favourite to take the reins.

Marcelo Gallardo
Gallardo has been manager of River Plate for seven seasons and long been touted for a move to one of Europe’s biggest clubs, including Barcelona.

The 45-year-old Argentine has won 12 trophies in his time in charge of River and believes in a modern, eye-catching playing style based on possession football and counter-pressing.

Hiring someone without coaching experience in Europe would be a risk, however, and it could also be difficult to persuade Gallardo to leave the Buenos Aires giants mid-season.

Erik ten Hag
Ten Hag has become one of the most highly rated coaches in the world for his work at Ajax, taking them to two Dutch titles and a Champions League semi-final in 2019.

The 51-year-old Dutchman would continue a long tradition of moves between Ajax and Barca, with the clubs united by their adoration of Johan Cruyff.

Ten Hag is a disciple of attractive, possession football but he is also fiercely loyal to Ajax and is not believed to be keen on leaving after signing a contract until 2023 last summer.

Also has admirers in the Premier League, reportedly including Manchester United.

World
Dutch say Omicron variant was already circulating
2 hours ago
Dutch health authorities said Tuesday that the Omicron variant was present in the Netherlands earlier than previously thought before South Africa had first reported the new strain of Covid-19.
Sport
Former Liverpool and Arsenal star Kennedy dies aged 70
2 hours ago
Former Liverpool and Arsenal midfielder Ray Kennedy died on Tuesday aged 70 after a long struggle with Parkinson's Disease.
Nigeria
Falz says Sanwo-Olu's peace walk invite is a 'disrespectful joke'
2 hours ago
Implement panel recommendations for genuine peacemaking - Mr Macaroni Nigerian rapper Folarin 'Falz' Falana has described the invitation to a peace walk by Lagos State governor Babajide Sanwo-Olu as a disrespectful joke. "This suggestion of a 'walk for peace' sounds like a joke and a very disrespectful one at that," Falz said on Twitter hours…
Nigeria
Buhari expresses solidarity against gender-based violence
2 hours ago
President Muhammadu Buhari on Tuesday expressed solidarity with Nigerian women as they observe 16 days of activism against Gender-Based Violence from Nov. 25 to Dec. 10, 2021.
Nigeria
Matawalle presents 160bn 2022 budget for Zamfara
3 hours ago
Gov. Bello Matawalle of Zamfara has presented a budget of N160 billion for 2022 to the State House of Assembly for approval.

Sport
Barca’s legend, Xavi returns to Nou Camp as coach
7 Nov
Former Barcelona midfielder, Xavi, has returned to the Spanish club as a manager with a contract until 2024. The Spaniard, 41, has been a manager at Qatari club Al Sadd since 2019

Sport
Barcelona crisis creates opportunity for Xavi
7 Nov
Xavi Hernandez has been waiting to be Barcelona's coach for six years and preparing for much longer but he could never have imagined it would come like this.

Sport
The weekend in Europe: Woes for Barca and 'Mou' as Nkunku in limelight
8 Nov
As Xavi Hernandez confronts a huge job in front of him at Barcelona, Real Sociedad lead La Liga. Meanwhile, Jose Mourinho's star seems to be dwindling further in Rome but there is a new French superstar emerging in the Bundesliga. AFP Sport looks at some talking points from around Europe going into the latest international…