Agbaje wants FG, stakeholders to tap from $714b biotechnology contribution
3 hours ago  Nigeria 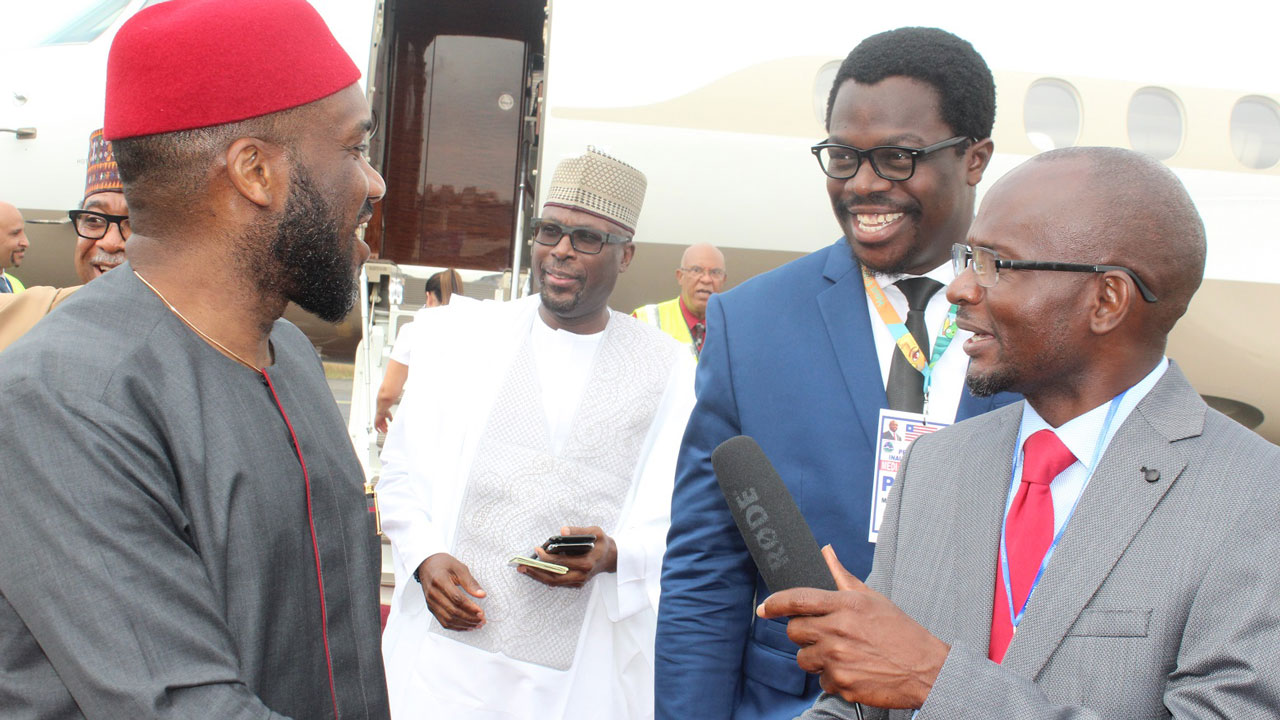 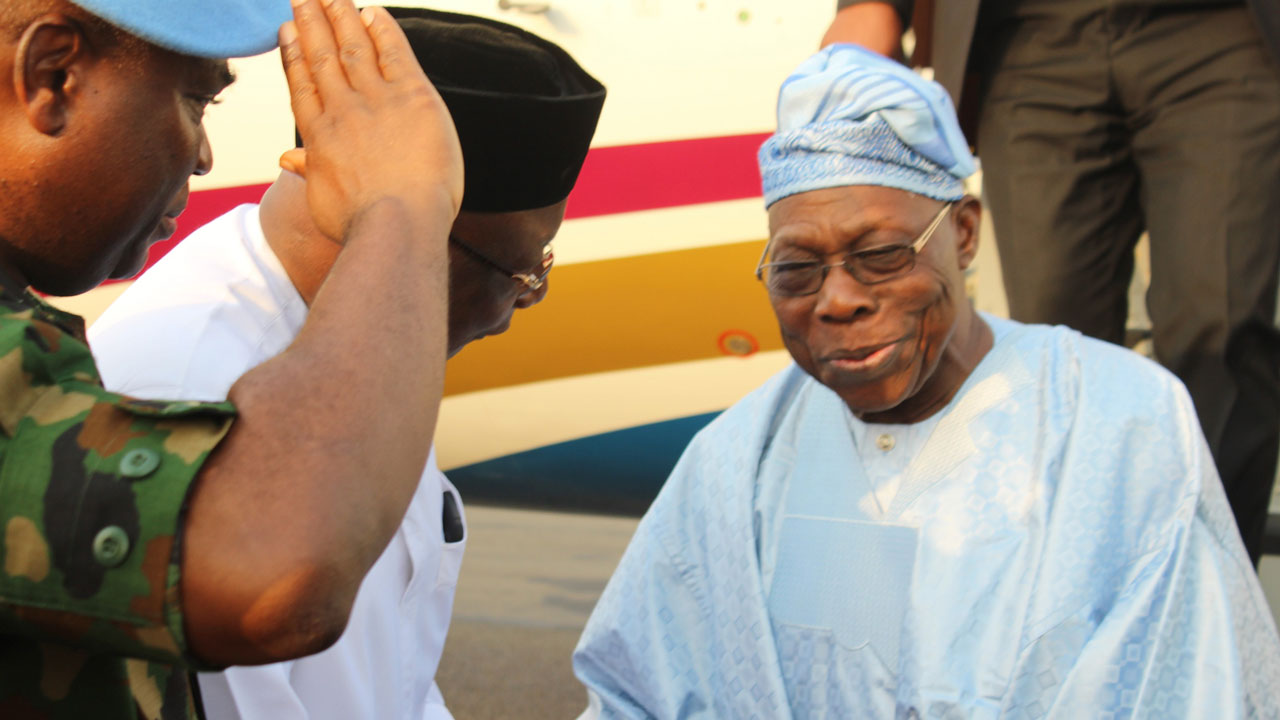 Obasanjo being received by the Nigerian Ambassador to Liberia, Mr James Dimka 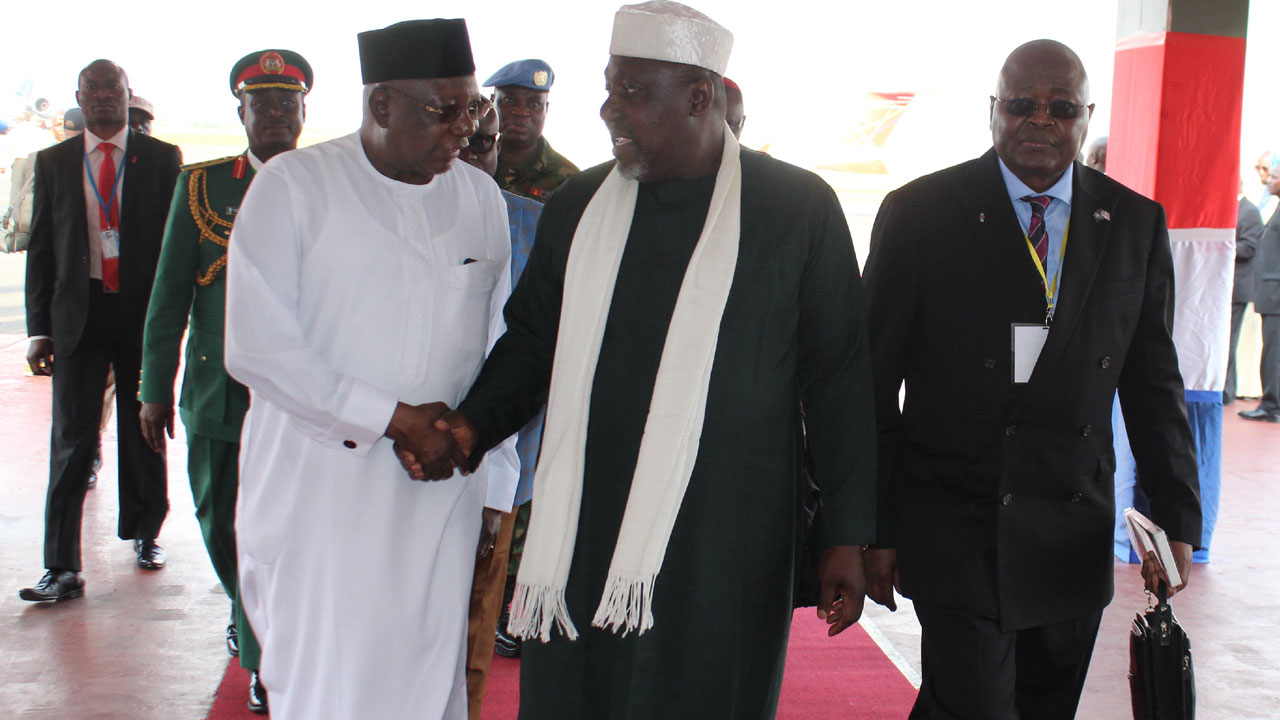 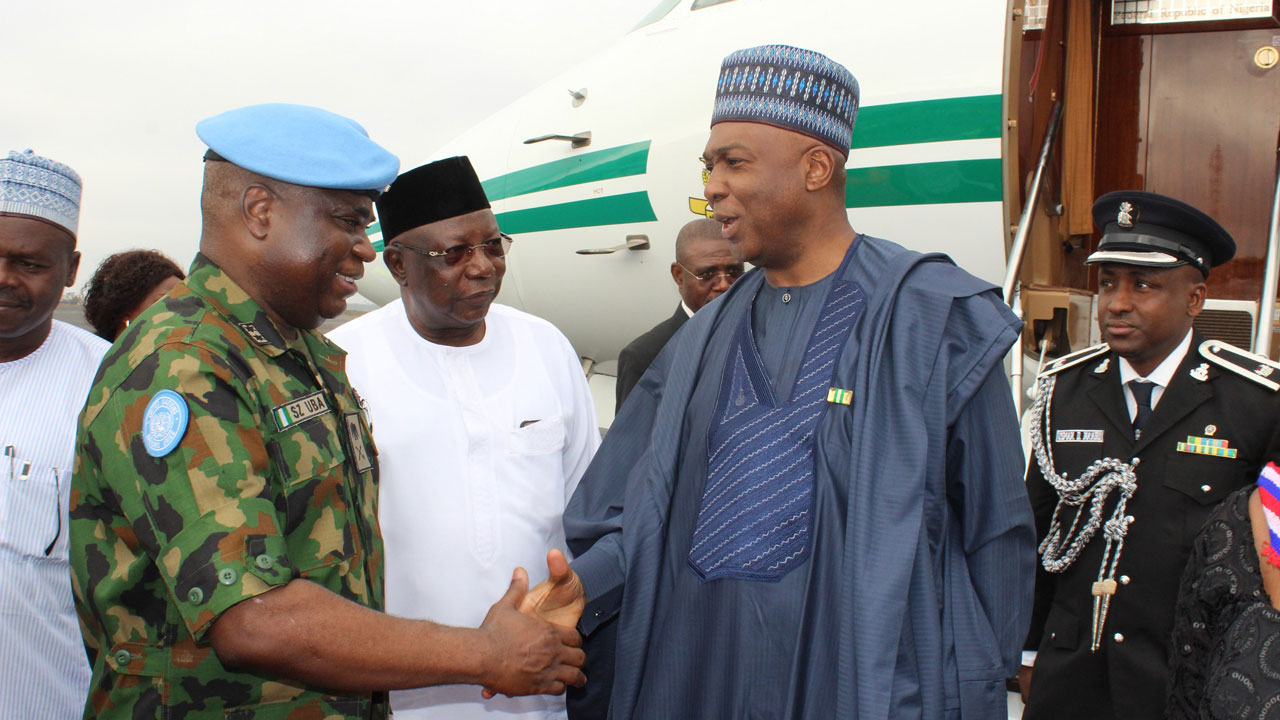 Saraki being received by the Force Commander for the United Nations Mission in Liberia, Maj.-Gen. Salihu Uba, and the Nigerian Ambassador to Liberia, Mr James Dimka.
Former President Olusegun Obasanjo and the President of the Senate, Bukola Saraki, arrived Monrovia on Monday morning for the swearing in of Liberia’s President-elect, George Weah.

Obasanjo’s plane touched down at the Roberts International Airport (RIA) at 8:01 a.m. (9 a.m. Nigerian time) while Saraki arrived at 9:02 a.m.

On hand to receive them were the Nigerian Ambassador to Liberia, Mr James Dimka; Force Commander for the United Nations Mission in Liberia, Maj.-Gen. Salihu Uba, among other officials.

Speaking to newsmen, Obasanjo said he was a proud to witness a peaceful democratic transfer of power in Liberia considering the huge sacrifices made by Nigeria for peace and stability in the country.

“I am very happy over what is happening in Liberia today and I congratulate my brothers and sisters in this great country,” he said.

A News Agency of Nigeria (NAN) correspondent in Monrovia covering the inauguration reports that Saraki was accompanied by Senators Philip Aduda and Osita Izunaso.

The airport is witnessing an influx of special guests from Africa and around the world, including current and former heads of states.

Former Super Eagles midfielder, Austin Okocha, was among the international soccer stars already in the country.

Okocha arrived at 9.54 a.m. into the warm embrace of soccer fans and government officials from other countries that fell over themselves to take photographs with the football legend.