By Editor
Share on Facebook Share on Twitter Share on WhatsApp Share on Telegram
Hospitality as a sector is one of the major economic facets in Lagos state. It is important for many reasons, it dictates first impressions, it encourages returnees and it contributes a large part of Lagos’ economic prowess, and identity. And when this industry is concerned, only a few names retain top of mind awareness as…

Hospitality as a sector is one of the major economic facets in Lagos state. It is important for many reasons, it dictates first impressions, it encourages returnees and it contributes a large part of Lagos’ economic prowess, and identity. And when this industry is concerned, only a few names retain top of mind awareness as much as Askamaya does.

Askamaya Global Resources Limited is a conglomerate that embodies Lagos’ vision of hospitality. Founded in 2015 by Ulom Michael, also known as Mr. Askamaya from Imo State. The Askamaya brand finds its place at the heart of Lagos Island, located in a number of strategic positions that promise easy access. A quick visit to their website reveals that they consider themselves a ‘hospitality and entertainment hub in Nigeria’.

Askamaya Hotel and Suite is the most preferred Hotel in Lekki Lagos, Nigeria with the right mix!

Askamaya Hotel is perfect for both corporate and leisure travellers, thanks to its prime location and easy accessibility. Guests staying in its 60 rooms and executive suites will enjoy modern and chic interiors, plus premium in-room amenities including flat screen TV and much more. A fully equipped Restuarant, Gym, Lounge, Swimming pool and Hair Salon are available for guests who wish to relax and rejuvenate within the comfort of the hotel.

The business is not only limited as a Hotel, their influence extends across lifestyle as well. 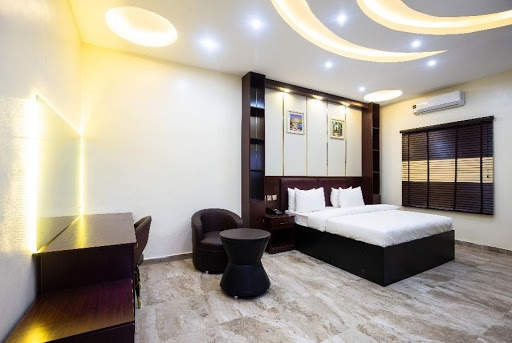 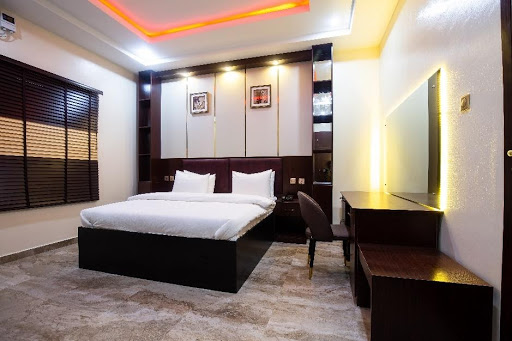 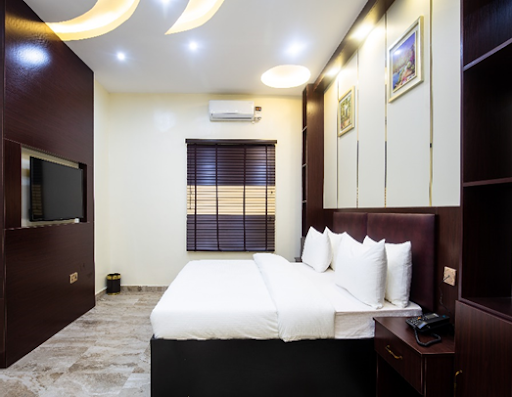 Askamaya’s strategic location in one of the world’s major populous city in Africa, Lagos state- Nigeria’s largest city has helped the brand in gaining economic capital as the fastest growing city in the world. Lagos continues to receive an overwhelming number of visitors daily, across the state and country lines, with a population of 21 million. No wonder it is being referred to as the MEGACITY.

Babatunde Adejare, Lagos state Commissioner for the Environment 2017 once revealed that over 6000 migrants enter the city every day. And it is estimated that the figure has spiked since. Quality service can sustain a business in Lagos, but what keeps it thriving is innovation, foresight and a listening ear to the ground. After providing the full hotel experience, Askamaya Hotel extended its services to an iconic Nightclub.

The Askamaya Nightclub stands as a citadel for entertainment in the city and it has been cemented as such through excellent bodies of work like Teni Entertainer’s club anthem, Askamaya; a record that raves parties around the country. The conglomerate’s influence extends beyond music as well and has seeped into the city’s culture through various forms of media like Funke Akindele’s movie which is also named after the business. Both works of art tell tales of the luxurious and indulgent lifestyle that Lagos is known for and Askamaya Hotel & Suites embodies that. Over the years, the group’s name bears recognition at first mention and this has only been reinforced by their keen attention to detail and the unique ambience it provides.

Nightlife in Lagos is almost considered one of Nigeria’s major exports, raking in 600 billion naira per year. The industry contributes directly to the city’s GDP which makes up a third of the country’s revenue by state. It also contributes indirectly as Afrobeats, the country’s major music export would not receive as much promotion in the absence of these entertainment spots. And due to the immense traffic received the party economy– money spent on drinks, leisure, the staff employed to provide service. Askamaya, since its inception, has employed over 1000+ well-trained staff and has helped carve a standard in the hospitality sector in Lagos, and Africa as a whole.

But the Askamaya team refuses to rest on their laurels, they have looked to establish the brand even further to create an impact in the entertainment business. In 2019, Askamaya Global Resources Limited founded Askamaya Records, and since then have fielded rising afrobeats stars like Spider Rider to the mainstream of the Nigerian music industry. In the words of the management, “After years of providing bespoke services, we always feel like we can do better for our customers and raise the bar – Felix Ikehi (Record Label Manager at Askamaya Records).”

Taking this into account, the team went on to expand Askamaya’s services beyond just hospitality. In 2019, they added Askamaya Restaurant, Askamaya Lounge, Askamaya Salon and a fully equipped gym for their customers to use and the launch was promoted by TAGET Media. According to Group management at the Askamaya Launch, these projects are meant to complement the Hotel’s services and create a sense of self-sufficiency that can only be associated only with the group. 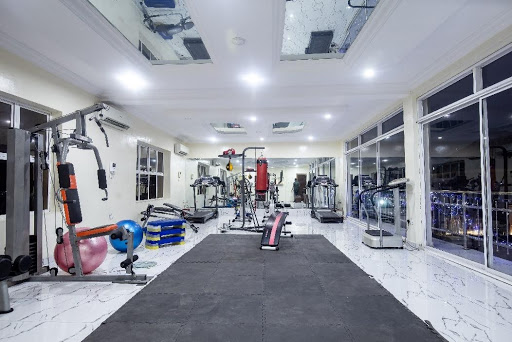 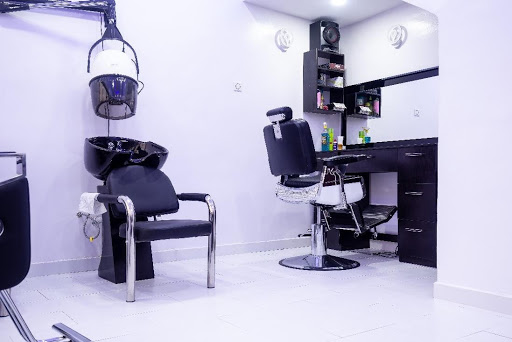 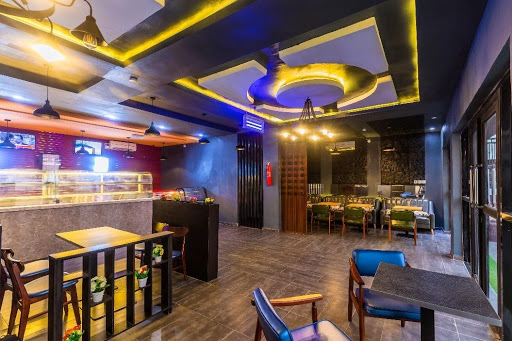 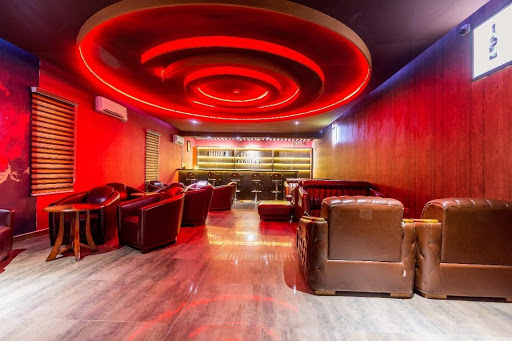 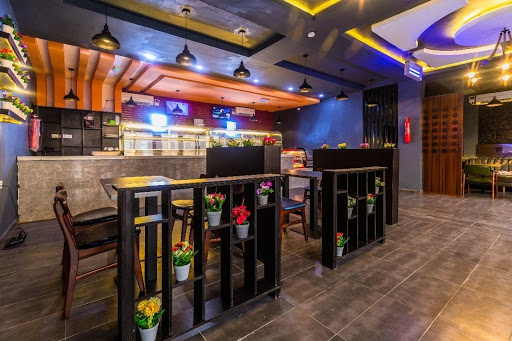 The Askamaya Group continues to reinvent itself in Nigeria’s ever-dynamic business landscape. After creating a lasting impact in the Hospitality, Entertainment and Culture industry, their devotion to customer satisfaction is unchanged. In a city that has a reputation for hospitality, Askamaya Global Resources Limited cracked the code. They understand the value of feedback as the secret to business success, and it is no surprise that since inception they are committed to going the extra mile in assisting and serving its guests at all times. Their slogan has remained — Just Ask!

Technology
Infinix Launches All-New Show Stopping NOTE 12 Series With Ultra-Fast Charging
11 mins ago
Infinix has rolled out its all-new NOTE 12 Series that includes high-performance variants with the thinnest 120W Hyper Charge design, a sleek 6.7” FHD+ Super Light AMOLED display with 120Hz refresh rate, 108MP Cinematic Triple Camera and more. The series includes two variants – the NOTE 12 VIP, NOTE 12 G96 that offer well rounded, innovative performance features such as aerospace-grade ultra-thin glass fiber, up to 5GB of extended random access memory (RAM) and 103 charging and battery protections that keep users’ devices charged up safely whenever they need them.
What's New
Kanye West's 2020 Campaign Committee Speaks Out On Fraud
18 mins ago
Kanye West's 2020 presidential campaign committee has alleged that they were defrauded of thousands of dollars. These claims were contained in a letter sent to the Federal Election Commission on Tuesday and obtained by TMZ. According to the news outlet, the letter disclosed that the committee had conducted an investigation and found that someone accessed…
What's New
Amber Heard's Claims Denied In Final Weeks Of Defamation Trial
24 mins ago
As the defamation case against Johnny Depp enters its last week, Amber Heard's claims are being denied. After the judge dismissed Johnny Depp's move to dismiss, his lawyers called their first rebuttal witness. Warner Brothers' President of DC Comics-based film production, Walter Hamada, appeared to dismiss Amber Heard's concerns as he testified about Heard's contract…
Nigeria
Moghalu says 2023 elections provide Nigerians opportunity to change their fortune
30 mins ago
Prof Kingsley Moghalu, African Democratic Congress (ADC) presidential aspirant, says the forthcoming general elections provide Nigerians an opportunity to change their fortune and that of the country.
Sport
Arsenal's Mohamed Elneny signs new contract
38 mins ago
Arsenal midfielder Mohamed Elneny has signed a new contract with the Premier League club.

What's New
Kanye West's 2020 Campaign Committee Speaks Out On Fraud
18 mins ago
Kanye West's 2020 presidential campaign committee has alleged that they were defrauded of thousands of dollars. These claims were contained in a letter sent to the Federal Election Commission on Tuesday and obtained by TMZ. According to the news outlet, the letter disclosed that the committee had conducted an investigation and found that someone accessed…

Music
Kelly Clarkson Set To Release A Six Track 'Kellyoke' EP
1 hour ago
Kelly Clarkson is set to release a six track EP in the month of June. The former American Idol judge, has given the people what they want by releasing a Kellyoke EP. The EP is based on the smash segment on her daytime talk show, 'The Kelly Clarkson Show', after over 500 covers since 2019.…