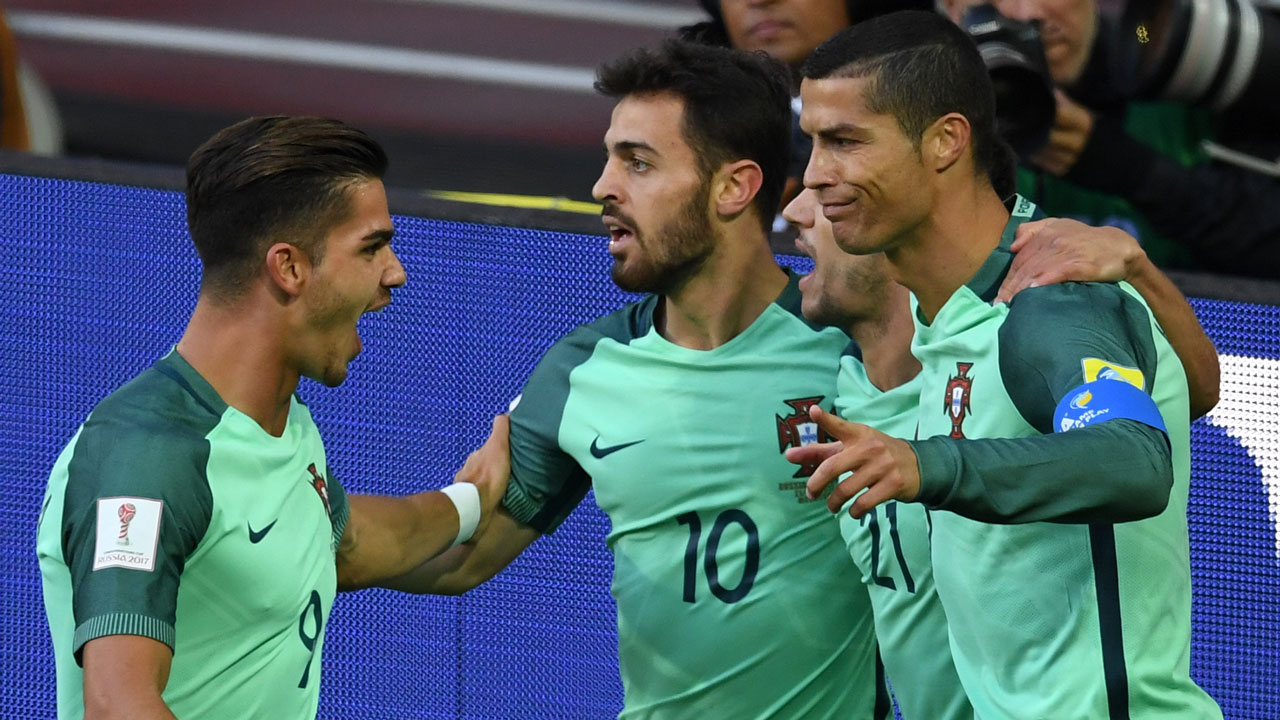 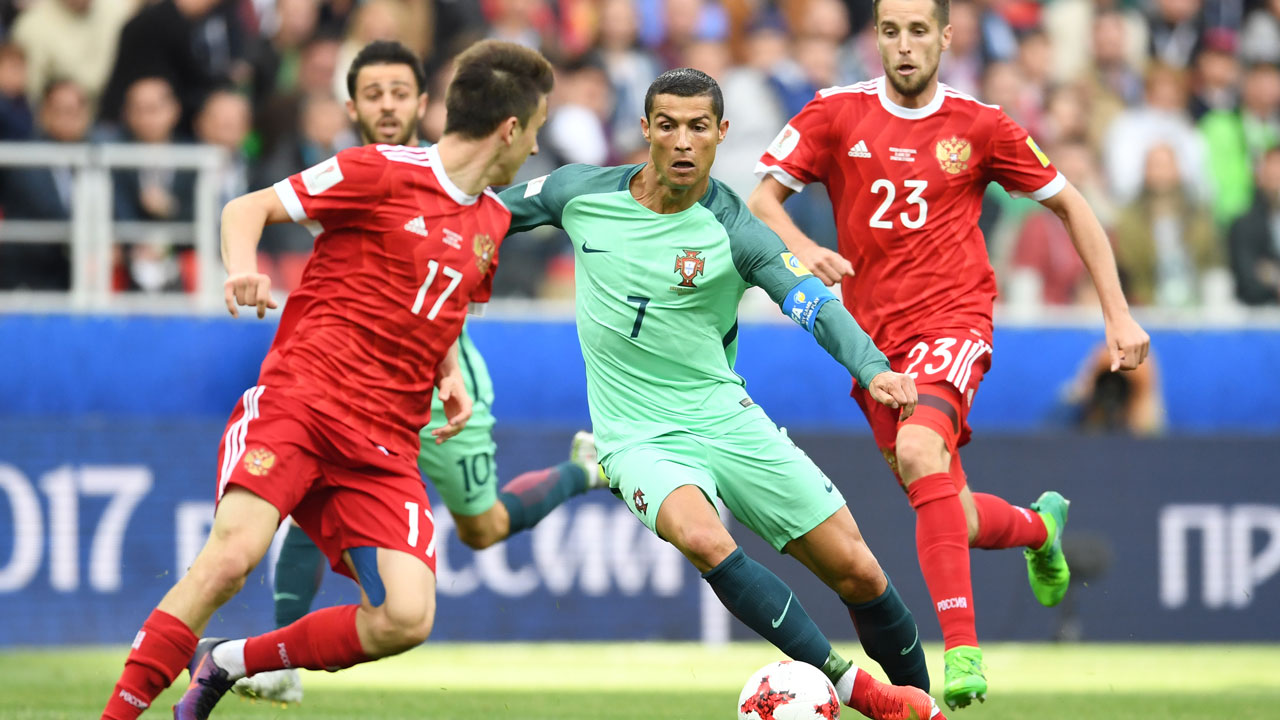 Portugal's forward Cristiano Ronaldo (C) vies with Russia's midfielder Alexander Golovin (L) and Russia's defender Dmitriy Kombarov during the 2017 Confederations Cup group A football match between Russia and Portugal at the Spartak Stadium in Moscow on June 21, 2017. Kirill KUDRYAVTSEV / AFP
Cristiano Ronaldo brushed off the tax storm clouding his Real Madrid future by scoring the only goal of the game as Portugal beat hosts Russia 1-0 at the Confederations Cup on Wednesday.

The 32-year-old netted after just eight minutes to give the Euro 2016 winners their first victory in Group A as they leapfrog Russia in the standings. Group rivals Mexico and New Zealand meet later in Sochi.

The Portuguese camp had insisted ahead of this game that their skipper was focused solely on matters on the field in Russia despite the speculation surrounding his future at Real.

He has been accused by Spanish authorities of evading 14.7 million euros ($16.5m) in tax and has been summoned to appear in court next month in Madrid.

The four-time Ballon d’Or winner — the world’s highest-paid athlete according to Forbes magazine — has said his “conscience is clear” in the matter but has reportedly threatened to leave Real.

Despite the off-field disruption, Ronaldo picked up the man-of-the-match award in Portugal’s opening 2-2 draw with Mexico on Sunday.

And he was all smiles escorting a young mascot in a wheelchair out onto the pitch in Moscow before he netted his first goal of the tournament inside eight minutes at the home of Spartak Moscow.

Raphael Guerreiro’s towering cross from the left flank hung in the air and found Ronaldo, who rose at the far post to head back across Igor Akinfeev.

It was a miserable start for the Russian skipper, who was making his 100th international appearance.

Ronaldo’s goal was the highlight of the first period, although he forced Akinfeev into a save from point-blank range with a shot midway through the half.

Soon after the break, Akinfeev kept Russia in the game with a one-handed reflex save from four metres out to deny Andre Silva’s bullet header.

However, the hosts were unlucky not to force an equaliser after a string of chances in a strong second-half display.

They started to shade the midfield battle after the break as Alexander Yerokhin was introduced in place of defender Roman Shishkin.

Russia upped the pace and Fedor Smolov just failed to connect with an Alexander Samedov cross as the hosts attacked in waves with the home crowd urging them on.

Defender Georgy Dzhikia headed over the bar from the game’s final corner in added time with Russia coach Stanislav Cherchesov agonising on the sidelines.