Ade Laoye: For the love of story-telling

By Editor
Share on Facebook Share on Twitter Share on WhatsApp Share on Telegram
The moment you think you’ve mastered something, life humbles you and you are reminded that you know nothing. The more I grow as an individual, the more experiences I have to draw on as an actor.
1 of 10 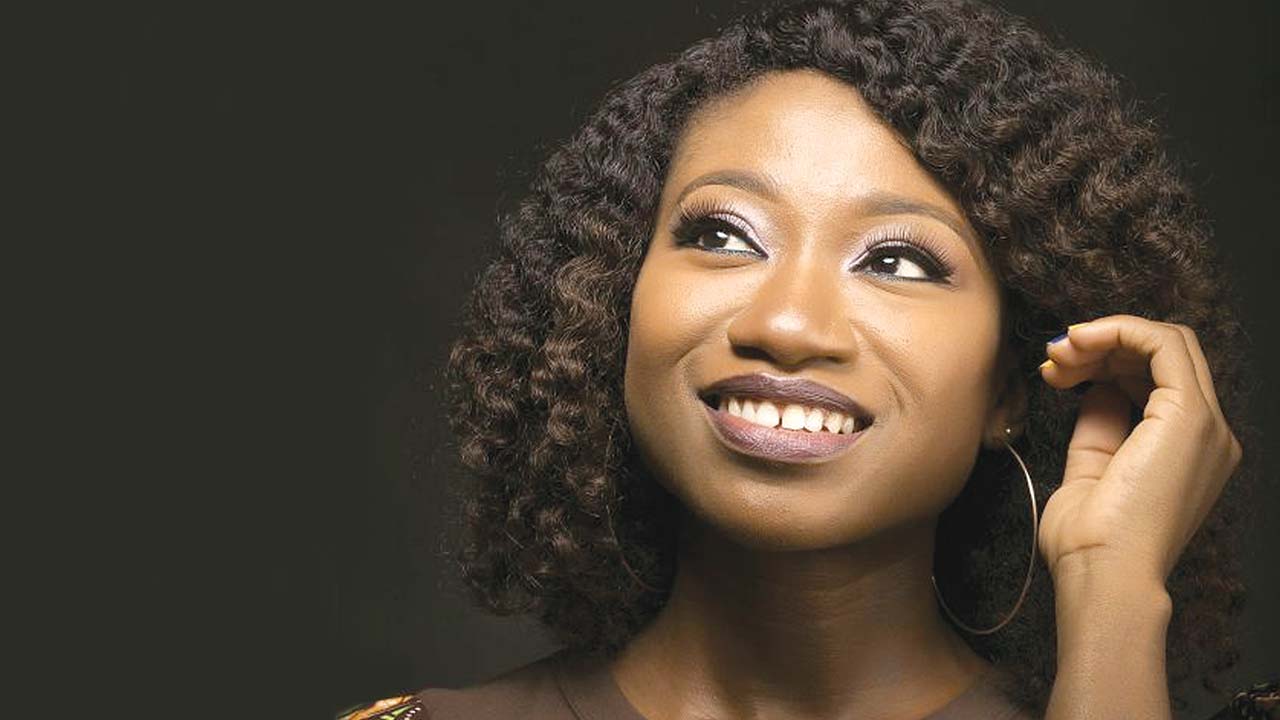 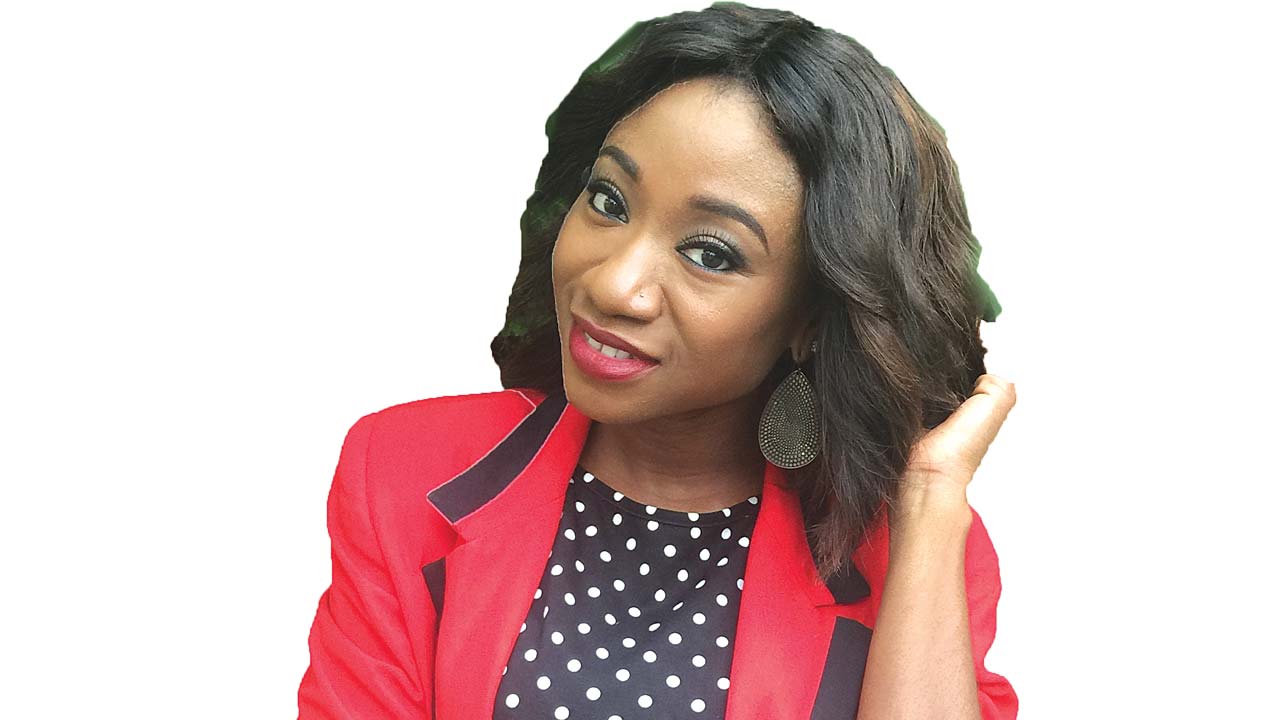 Ade Laoye was born into a musical family and grew up drawing her inspiration from musical theatres and movies. She went on to study Theatre Arts at The Pennsylvania State University, USA. After graduation, she moved to Philadelphia and performed with prestigious theatres such as The Arden Theatre Company, where she was nominated for a Barrymore Award for ‘Best Ensemble in a musical’ in their critically acclaimed production of “Caroline, or Change”, and apprenticed at America’s oldest theatre – The Walnut Street Theatre. She also spent some time in New York City where she worked with Playbill Magazine – The official magazine of the American theatre industry. In this exclusive interview with Guardian Woman, Ade Laoye talks about her journey into the Nigerian entertainment industry.

Have you always wanted to act? What is it about the profession that attracted you?
Performing is something I’ve loved ever since I was very young. I knew (and still know) most of the Disney songs from cartoons I watched growing up. I used to sing and dance along to music videos. In secondary school, I was popular for being a singer and my classmates always asked me to put on a show. Creative expression was very welcome in my family. However, I never considered acting as a profession until I got into university. I had no idea what I wanted to study but after a series of fortunate events, I auditioned for the Theatre Arts program and got accepted. I love the world of make-believe; I love the art of story-telling, it’s an honor using the skills and talents that I’ve been given.

Since 2006 when you started acting professionally and now, in which ways have you grown as an actress and as an individual?
The moment you think you’ve mastered something, life humbles you and you are reminded that you know nothing. The more I grow as an individual, the more experiences I have to draw on as an actor. I’m learning to care less about what people think and focusing more on being true to myself.

What role did family background play in your choice of career?
There will probably always be that underlying expectation that Nigerian parents have of their children to pursue certain professions. In my experience, I was never pressured to pursue a particular career path. However, I was encouraged to think through my choice, work hard and pray. The artistic path isn’t always stable, but I have a strong support system which I’m incredibly grateful for.

What impact do you think your role as “Oye” on Hush has made on women that watch the show?
Oye is a complex woman who is smart, independent, driven, stubborn and intense. Although she can be really annoying at times (we all have our flaws, right?), she is a strong and confident woman. She isn’t afraid of going after what she wants and is willing to risk everything for what she believes in. Whether you love her or hate her, she always leaves an impression. I think as women, we often feel like we have to shrink back and play small. Oye unapologetically says “Hey, I’m here and you’re going to pay attention!” I love that about her.

In spite of its recent successes, Nollywood is still being bogged down by a few problems. As a foreign-trained actress, what do you consider as the most fundamentals of these problems?
I don’t think a problem-free industry exists anywhere. To stay relevant, there must be constant innovation and reinvention which can be clearly seen in Nollywood. There is still a lot of work to be done but as long as we are committed to being solution oriented, our industry will continue to thrive.

What do you think the solutions to these problems should be?
Everyone working in the industry should be committed to being the change they want to see. It’s easy to complain that things are not how they should be but what are you doing to fix it? What am I doing to fix it? I’d also like to see the government invest more in the arts and entertainment sector.

You’ve acted both in the US and in Nigeria. What are the differences in these two industries – entry barriers, standards and possibility of rising to the top quickly?
It’s hard to compare because both industries exist in different spaces and play by their own sets of rules. The “entertainment industry” as an entity is complex with many variables and factors that contribute to its success. There are advantages and disadvantages for both. I often feel like it’s an unfair comparison because it’s not an even playing field. The US has had a much longer time to figure things out. They have more established structures in place to protect the rights of everyone. The competition is fierce everywhere so you need to bring your A-game regardless.

Where do you feel more comfortable and expressive – on live stage or in movies taking into consideration the successes you’ve enjoyed in both aspects?
Most of my acting experience has been on stage so I’d say that’s my “home base” but my training helped prepare me for both. The heart of the acting-work is the same, it’s the mediums that are different. I still have to figure out my objectives and what my character wants for both. I have to listen to my scene partner and react as truthfully as possible in the moment for both. On TV I don’t have to project(voice) as much and gestures don’t have to be as exaggerated because the camera is a few feet away from me as opposed to standing on a huge stage and performing live for hundreds of people. Either way, my job is to bring the character to life as authentically as I can.

You were a presenter on Ebony Life TV for about two and half years. Why did you leave?
It was impossible to juggle both schedules. I enjoyed my time at EbonyLife TV immensely and I’m incredibly proud of the work we created together.

Since you are also a singer, should we expect an album from you down the line?
I’ll probably work on some collaborations in the future but I’m not looking to be a recording artist in the traditional sense for now. You can always come hear me sing live on stage in a musical.

You are going to be starring in Kunle Afolayan’s Upcoming Movie are we looking forward to another strong female character as in Hush?
I’ll be playing the character of “Tanimowo” in the upcoming movie “Tribunal”. She is a bright-eyed, bushy tailed recent law school graduate who is about to embark on her first big case. She is also a strong-willed character but sweet and charming.

Beyond what we see on Screen, who is Ade Laoye?
Ade Laoye is happy-go-lucky and free-spirited. She loves to dance. And eat.

World
Drought officially declared in several parts of England
NOW
The UK government on Friday officially declared a drought in several parts of England, following months of record low rainfall and unprecedented temperatures in recent weeks.
Style
Urban Vibes London Taking Over As The Most Reliable Fashion Vendor
17 mins ago
Urban vibes London taking over as the most reliable Fashion Vendor Where all Quality Fashion Needs Are Met; Ranging From Women's Heels, Sandals, High Heels and Women Mules .
Sport
Tyson Fury announces intention to retire from boxing immediately
18 mins ago
WBC heavyweight champion Tyson Fury said he is retiring from boxing on his 34th birthday on Friday, having previously performed a number of U-turns over his future in the sport.
World
Ethiopia says completes third filling of Nile mega-dam
42 mins ago
Ethiopia said Friday it has completed the third filling of its mega-dam on the Blue Nile, a development that could raise further tensions with downstream neighbours Egypt and Sudan.
AMA Press Releases
Seagate signs Mitsumi Distribution to penetrate PAN Africa
53 mins ago
Mitsumi to further drive and promote vendor`s complete range of storage solutions across PAN Africa DUBAI, United Arab Emirates, 12 August 2022 -/African Media Agency(AMA)/- Mitsumi Distribution, one of the leading IT distributors in the Middle East and Africa, today announced that Seagate has signed Mitsumi as strategic distribution partner for PAN Africa. Under the accord, the leading…