Consistency, hard work and talent have brought me where I am today – Adejumoke Aderounmun 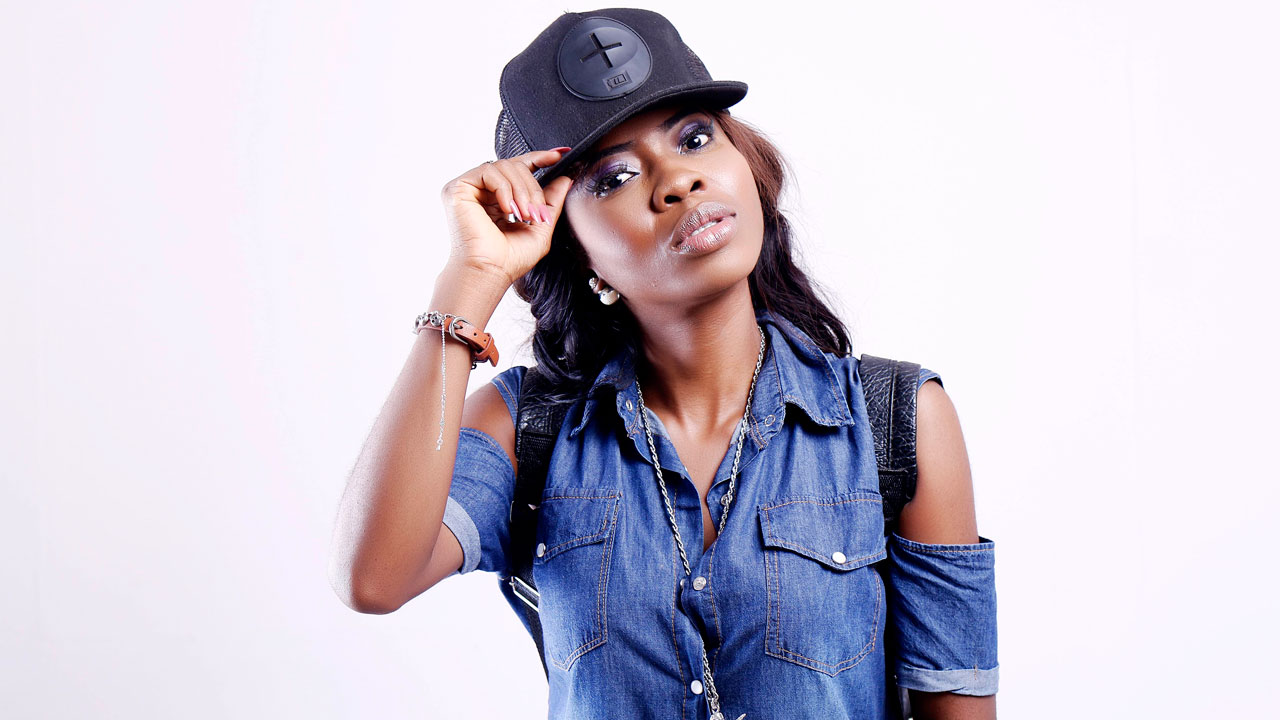 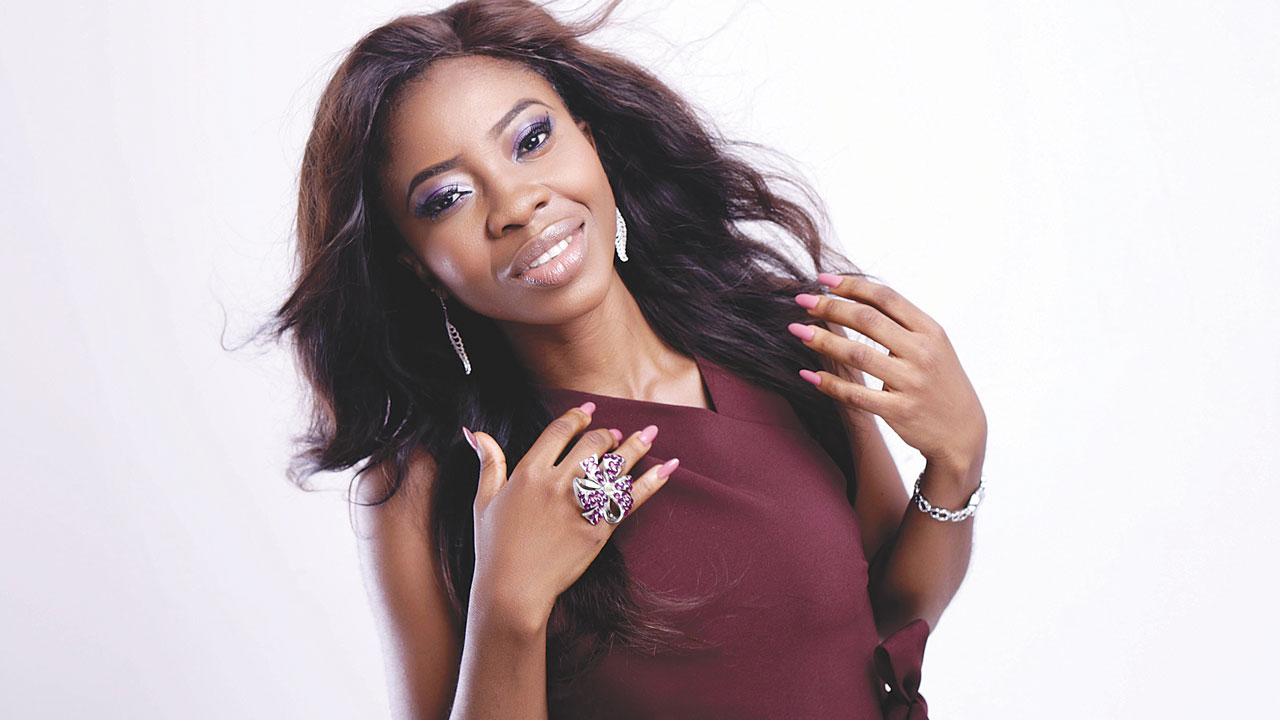 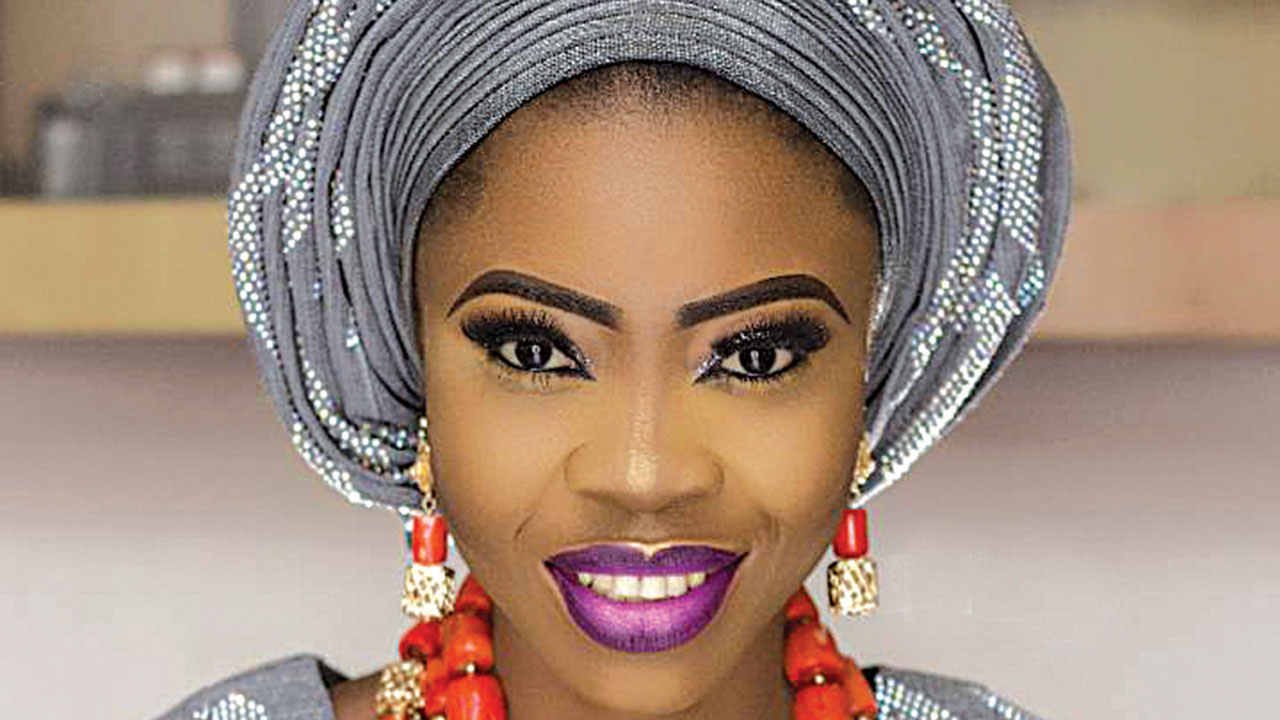 Adejumoke “small but mighty” Aderounmu is an actor, a television and radio host as well as a rising television producer, passionate about Act and art, Jumoke’s first ever movie role was a nurse in Super Story’s “Soul Sisters” in 2007 followed by Princess ‘Mobandele in Tunde Kelani’s 2009 award-winning movie Arugba. Having worked with almost everyone in Nollywood, she has acted in dozens of productions including Jenifa’s Diary and Industreet. The energetic, pint-sized, multi talented woman’s dream is more than being on TV as an actor alone. She loves and admires production and dreams of being a TV icon, inspiring millions of Nigerian women. Aderounmu was nominated for Best African Actress At AFRIFF 2016, Scream All Youths Awards 2016 and New Face Of Nollywood and won New Face Of Nollywood Viewers Choice Category At The Maya Africa Awards this year amongst several other awards, local and international recognitions. In this interview with TOBI AWODIPE, she talks about her journey into the world of acting, getting to play the role of Esther and dishes on the Jenifa and Toyo Baby ‘fight’.

How did you get into acting?
To be honest, acting chose me because I didn’t even plan to be an actor, but then people thought I could do it. Everybody felt like I would make a good actor. People always told me that I easily convince people to make them believe me, and so, along the line I found myself in it. After a while, I sat down and was like “okay, sure why not? We can do this professionally,” and that was it.

You’ve said in the past that your stature has been an issue for you, preventing you from getting some roles that you felt you should get. Why is this so?
Thank you for asking me this question and I’m going to clear this up now, once and for all. My stature was a challenge to me, according to people at the time that I started acting. You know when you start…

(Cuts in) A challenge to you or to the producers?
A challenge to them really. You know when you attend auditions and then you get the script and you go back to the house to prepare for the shoot but then they call you back and then they say to you, “Sorry, you cannot take up this role again because the director wants someone that’s a bit taller and a bit ‘rounder’, a bit robust and you know Jumoke you’re so tiny, you’re so petite and so you probably might not be able to carry the role well and so on. That was when I was coming up. But right now, I believe when God is ready for you, everything will just work together for your good. I probably even look smaller now than I used to be because I think I used to be a bit bigger and it’s the same stature people now work with to put me where I am now. So, the stature complaints was what people used to say to me at that time that didn’t make me get roles but right now, I think my stature is my selling point. I’m proud of who I am and very comfortable in my skin.

What are some of the high points so far?
I’ve got a few. Being nominated as the only Nigerian at the International Film Festival, Dallas Texas in 2016 for best actress for a short film shot in 2013 and was nominated in two categories, best short film and best actress, Nigeria, as I represented Nigeria. Also, having to win the MAYA Africa New Face of Nollywood Award in February this year was a big deal for me.

I don’t take these things for granted, it doesn’t just come to you, you have to really work hard and I’ve worked hard my entire life as far back as I can remember. I’ve fought a lot of battles, I’ve fought a lot of no’s, I’ve failed, I’ve received criticisms, some constructive, some non-constructive, I’ve dealt with rejection, with depression, frustration, with pain. Sometimes you cry and sometimes there are tears, which you can’t even explain to anybody. Sometimes you scream, you just have to use the pillow to cover your mouth and then you scream out loud just so you don’t lose it. You face all these things and so when eventually God says okay, finally you get to be recognized by platforms like that, it makes it worthwhile.

I promised myself that when I was going to start acting, I would remain teachable no matter where I get to in life. So, last year, I went for talent training and development workshop with the Africa Film Festival (AFRIFF). So, having to be able to make the 2016 class of best student, that’s another high point for me and they sponsored me to learn French so now I speak French (laughing).

I have a lot of things coming up but I don’t want to talk about them much yet, but we are excited. I am still trying to get used to this life (you probably can tell). A lot of ups and downs come with this life, people judge you, people who don’t know you say things about you but I try to stay grounded. I speak to my siblings daily and they keep me in check, keep me balanced and help me stay grounded as well as pray with me.

What would you say was the biggest break of your career?
That would be small but mighty Esther (laughing). It’s crazy that when that break comes, it looks like you never did anything before and probably not going to do anything again. People would never recover from it. I go to places and people call me Jumoke Esther, they just merge both names together like that. It’s amazing, the love is overwhelming, it’s huge, I am just grateful. I’m grateful for everything. This huge break happened in August last year and I’m still crying over the love. Some people expect that you’re the same person they see on TV but I am not, I am a very calm person in real life.

So how did you get on the set of Jenifa’s Diary to play Esther?
I did a close audition for Esther and I didn’t even make the cut. The director just looked at me, stood up and walked away. I’ve met people that’ll look at you and say, “What are you people even doing, what are you doing there that I cannot do, is it not to act and then just do this or that” and I smile to myself. It’s not easy to be somebody, its not easy for you to convince people that this thing is the way it is. I was taught how to break that bottle that I broke, as I had never broken bottle before. I listen to my director when I’m on set, most of the time, I just listen and watch. I auditioned for Esther twice. I didn’t do well the first time, so I went home and God actually gave me a second chance, I got called back to come and fight for it again and that was it.

There have been stories of ‘beef ‘ and fallout between Jenifa (Funke Akindele) and Toyo Baby (Juliana Olayode), can you confirm if the stories are true?
To be honest, this is the first time I’m hearing something like this about beefs and fallouts…

(Cutting in) How was the chemistry between Toyo baby and Jenifa on set?
I don’t know. Let me tell you how I work, I get to set and I work and I go back and that’s the truth. If I’m not shooting with you directly, if you are not on set with me, I probably don’t see you and that’s the truth.

But both were on set with you several times?
Just once, in season six, at the makeup studio where Jenifa took Esther to get her face beat. It was the only scene that I did with both of them and that was the only time I worked with them and I didn’t see these things you are talking about.

So how will you explain the chemistry?
I don’t take myself to work; I don’t take Jumoke to work. So, when I’m on set anywhere, I am that character I read in the script. So, at the time that I was shooting season six of Jenifas diary, it was Esther that was there. And between you and I, you know how Esther is, Esther minds her business a lot because she doesn’t have time, Esther is a hot head, she doesn’t have time, she doesn’t know what is going on around her, so that’s why it is Jenifa that is coming to tell her, “Esther, your boyfriend Jerrykoko is toasting Pelumi”. So, I really don’t know these things you talk of.

So you’re saying you don’t know?
Believe me, I don’t.

What are you working on presently?
I am doing a web series with a company and I’m excited about it. I’m also doing a short film which I prefer doing as I like my work to travel far and get feedback from people who don’t share the same cultural values with me.

So, short films travel faster?
Yes, they attend film festivals across, they travel far and then you get your feedback immediately from a diverse audience. Your film can screen in Lyon today and you the actress have probably never been to Lyon, but your work has travelled far, people there already know you and you get a feedback from them. If you did well, they tell you instantly, you didn’t do well, and you get the feedback immediately.

What does a day in your life consists of?
If I’m not working, I’m probably cooking, eating and watching TV from morning to night and sleeping. I watch a lot of TV, web series. I like to sleep when I have time because I don’t get time to sleep. So, once I have time to sleep, I take it. I’m very particular about how I look and when I sleep well, I look good.

What does your skincare routine consist of?
I sleep, that’s it. That’s also how I relax. I sleep and I eat well. There are a lot of things ahead and I have a lot of voices in my head as well, it’s normal for actors to have several voices in their heads. So, I try to shutdown those voices that speak in my head all the time, they say a lot of stuff to me, they say different things at the same time. Sometimes, I go to the spa to get my body steamed, but that is once in a while.

What would you tell any young woman that wants to go into acting today?
Be prayerful, disciplined, know what you want and be ready to get it and you have to understand that these things take time. A lot of people walk up to me and tell me I’m lucky and I laugh because nobody is ‘lucky’. It takes time to build anything, even God answers prayers with time, he’s not a magician. Build yourself, put in the work, you have to work very hard and then leave your hard work to pay in time. Consistency beats talent but with consistency, hard work and talent, you can reach anywhere you aspire to.