By Editor
Share on Facebook Share on Twitter Share on WhatsApp Share on Telegram
The 2017 Women In Journalism Africa (WIJAfrica) conference, took place recently at the MUSON Centre, Onikan. With the theme: “Pioneers, Innovators and The Brave New World”, the fourth edition of the annual conference hosted female and male journalists.....
1 of 10 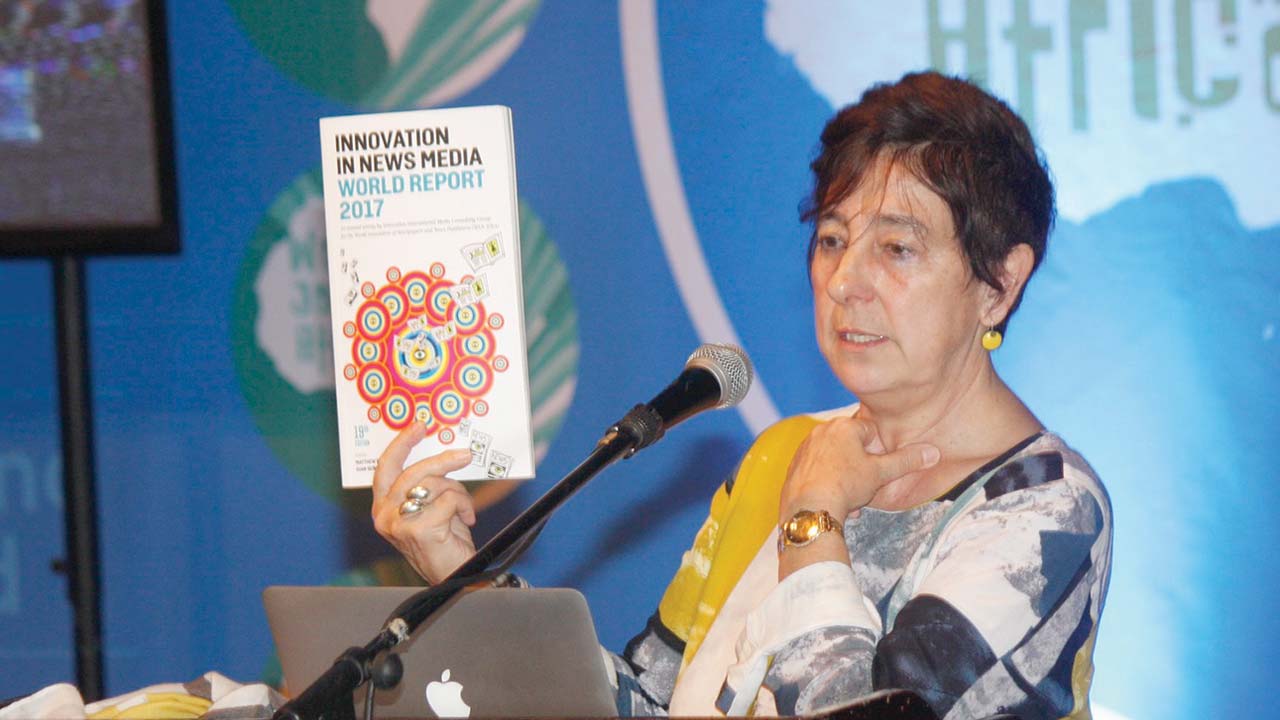 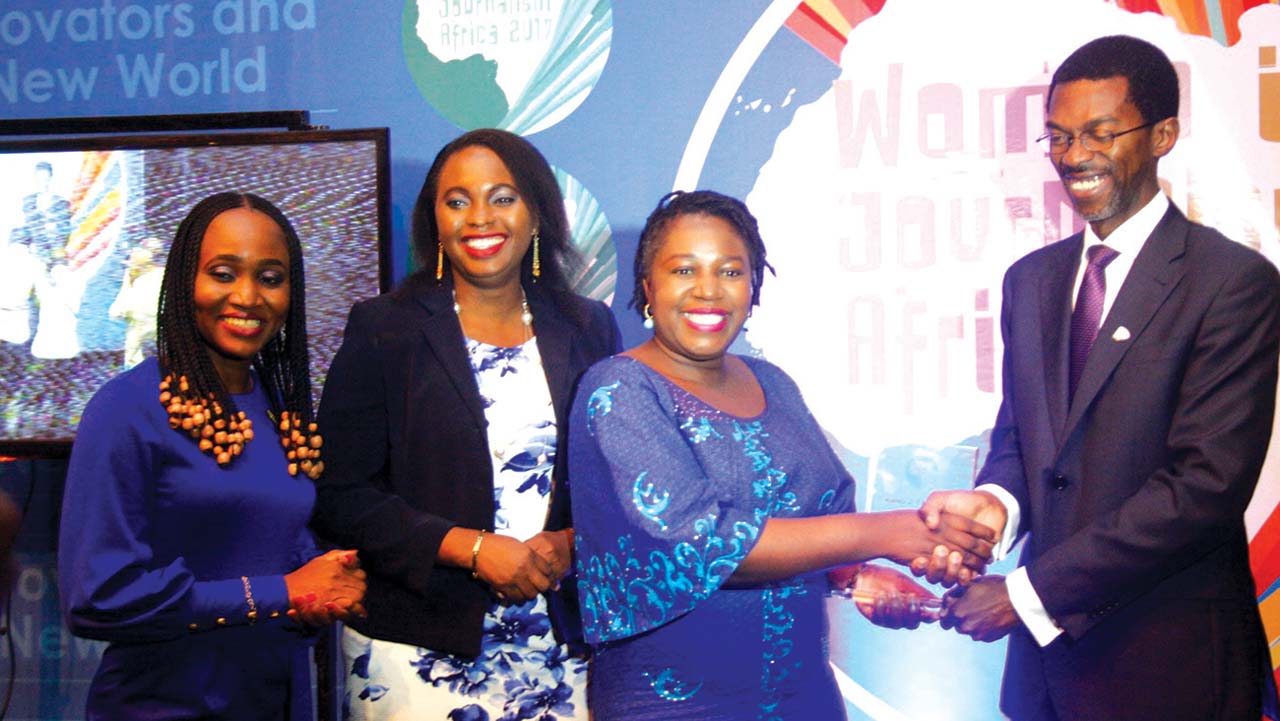 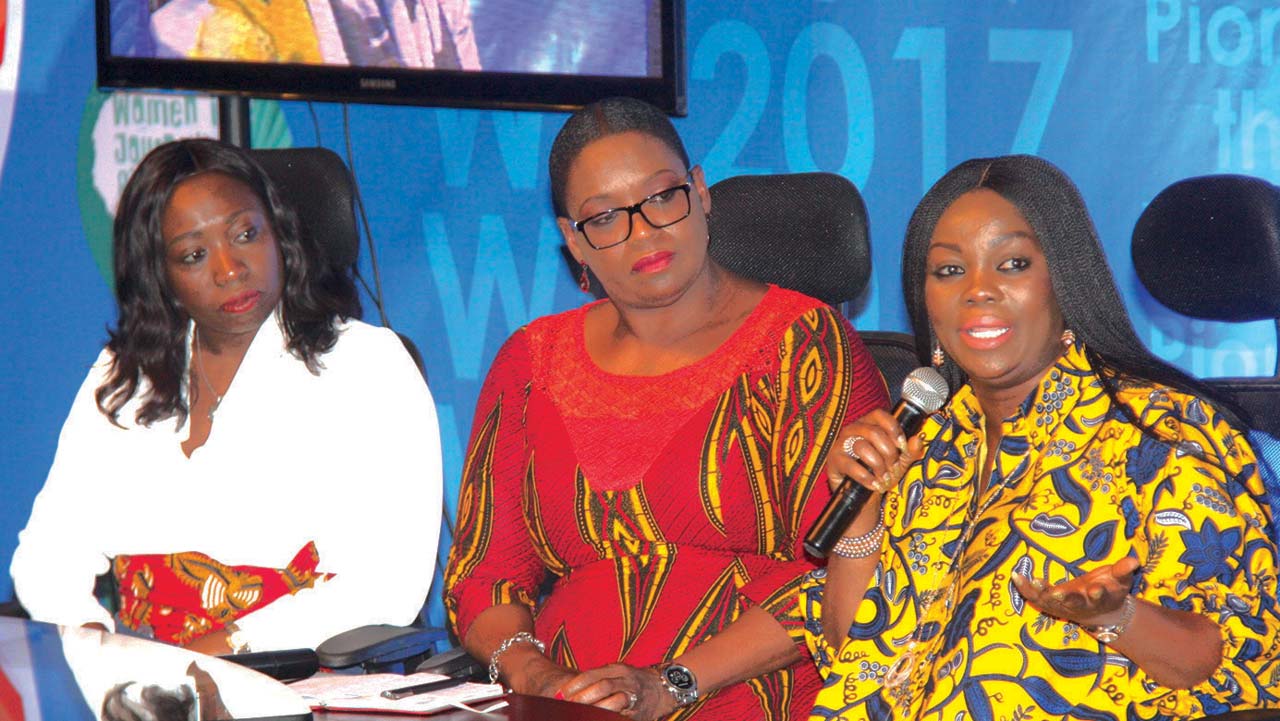 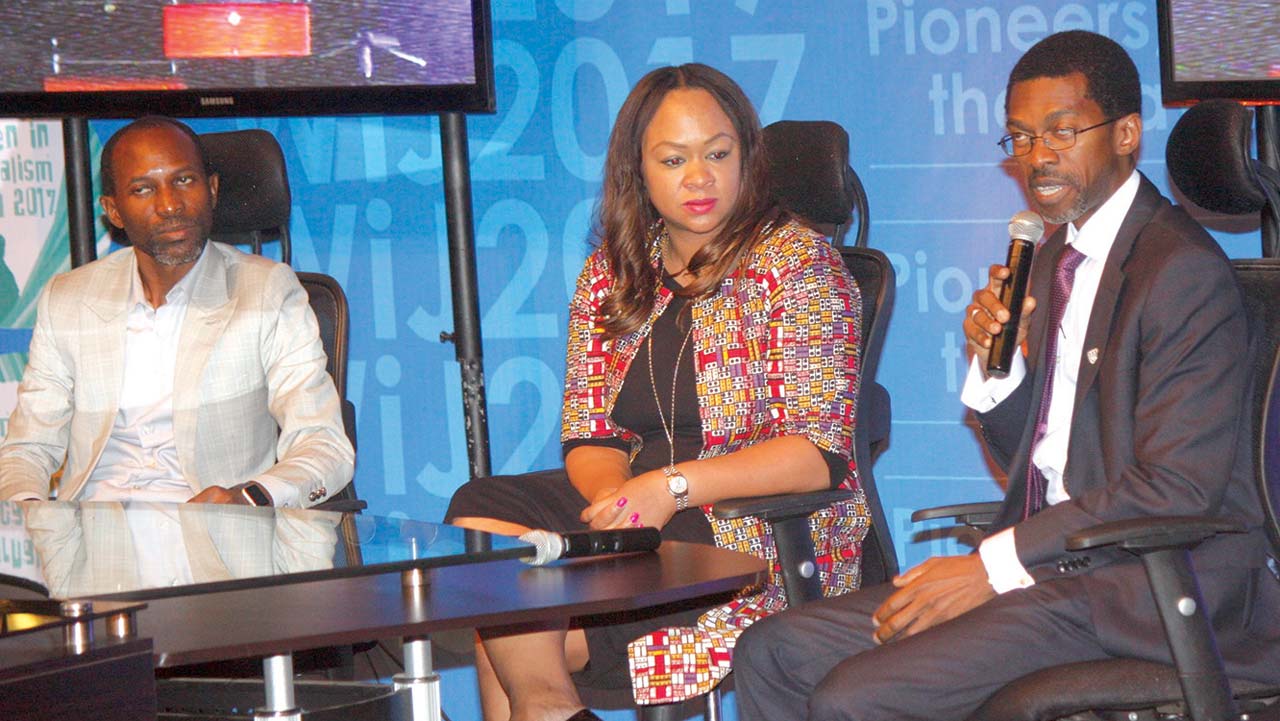 The 2017 Women In Journalism Africa (WIJAfrica) conference, took place recently at the MUSON Centre, Onikan. With the theme: “Pioneers, Innovators and The Brave New World”, the fourth edition of the annual conference hosted female and male journalists from all forms of media and the panelists discussed pertinent issues relating to today’s media in the digital age, amongst other things.

It was a celebration of excellence as female pioneers and innovators in the profession were also honoured. The four honorees this year include the Publisher of The Guardian Newspaper, Lady Maiden Alex Ibru, who was honoured for the innovation and rebirth of the newspaper on other platforms. Others honorees include Sola Momoh, Vice Chairman, Channels Media Group; Mo Abudu, CEO, Ebony Life Television and Toun Okewake-Sonaiya, Founder and CEO, WFM 91.7.

Nigeria
ICPC investigates UPTH N950m COVID-19 intervention fund
3 mins ago
The Independent Corrupt Practices and Other Related Offences Commission (ICPC) has commenced an investigation into the utilisation of the N950 million Coronavirus (COVID-19) Intervention Fund by the University of Port Harcourt Teaching Hospital.
Sport
Tottenham hit by Covid outbreak before crucial European tie
9 mins ago
Tottenham have been hit by a coronavirus outbreak ahead of their vital Europa Conference League match against Rennes, reports said on Tuesday.
World
Indonesia volcano eruption death toll rises to 34
16 mins ago
The death toll from the eruption of Indonesia's Mount Semeru volcano rose to 34 on Tuesday, the national disaster agency said, as aid was rushed to the affected region.
World
Billionaires' share of global wealth soars during pandemic
26 mins ago
The share of global wealth of the world's richest people soared at a record pace during the Covid pandemic, a report on inequality showed Tuesday.
World
Afghan currency slides on bank collapse fears
36 mins ago
Afghanistan's currency hit 100 to the US dollar Tuesday, losing five percent of its value in one day in a panic triggered by fears that one of the country's biggest banks could collapse, traders said.

Opinion
25 university council members without a woman
14 Apr
It is quite incredible that the Buhari administration that has been preaching gospel of inclusiveness reconstituted the Governing Councils of five federal universities namely university of Ibadan...

Education
WIMBIZ, others fault composition of newly constituted governing councils of federal varsities
15 Apr
Criticisms have continued to trail the reconstitution of Governing Councils of five federal universities by the Federal Government as women groups and eminent scholars demanded reconstitution of fresh teams.

Personality
Adebola Ataiyero-Adefila: ‘It’s important for women to know their worth and claim it’
24 Apr
Adebola Ataiyero-Adefila has been an entrepreneur for over 19 years, 13 of which have been in the manufacturing sector. The COO of Banrut Rolls Nigeria, her expertise cuts across business development, marketing and operations.

Personality
Spotlighting Africa’s leading women content creators
15 May
The online community has consistently evolved to add value to its users. This has created a platform for people to enhance and groom their passion, especially as online content creators.

WIMBIZ
First female owned, staffed swim school gets funding boost
12 Jun
Nigeria’s first female owned and staffed swimming school, designed to safely train and equip Nigerian women and children in the sport of swimming, has secured funding to build a first of its kind Aquatic Center in Lagos. This would be used to build the first of its kind aquatic center with a state-of-the-art standard pool,…

Guardian Woman
SheCan Nigeria… spotlight on five exceptional women doing more
7 Aug
Driving the paradigm shift and sharing the voices of trailblasing women in the corporate and business world by recognising their innate potentials, sharing their life stories and mentoring other women is SheCan Nigeria.