Tara Fela Durotoye: Being a pacesetter

How media encourage subjugation of women, other negative vices
2 days ago  Issues
1 of 10 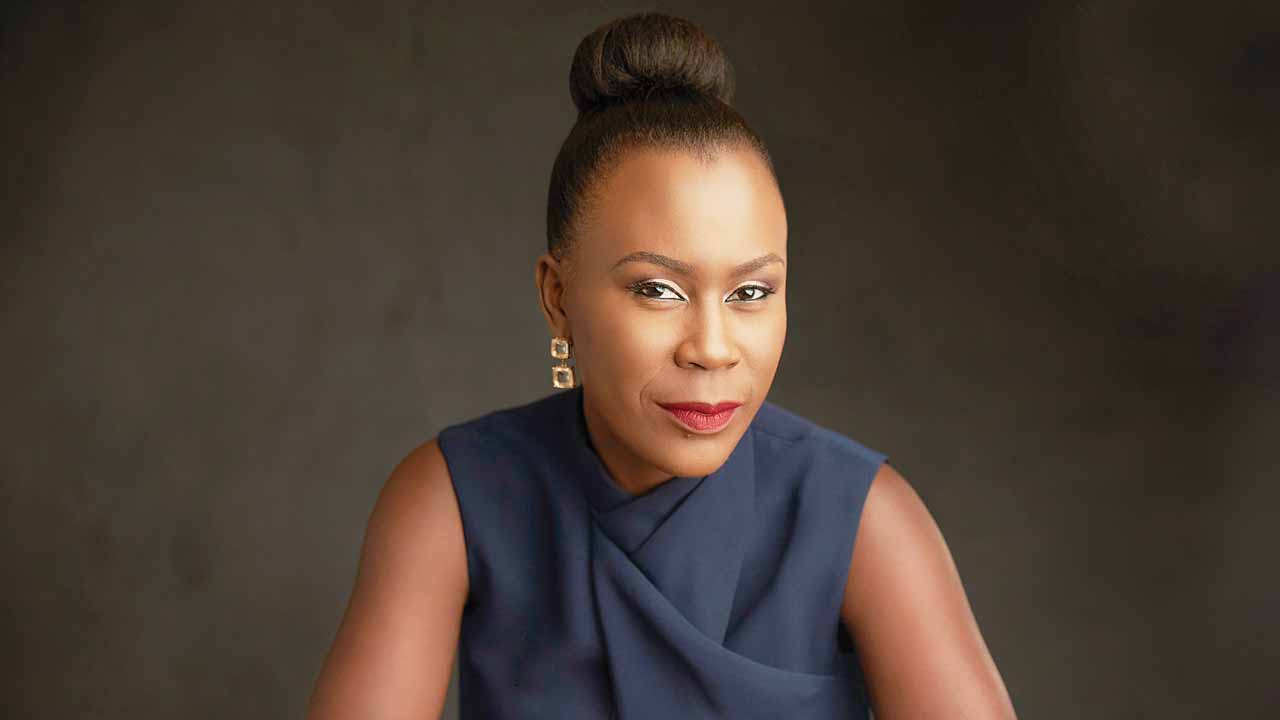 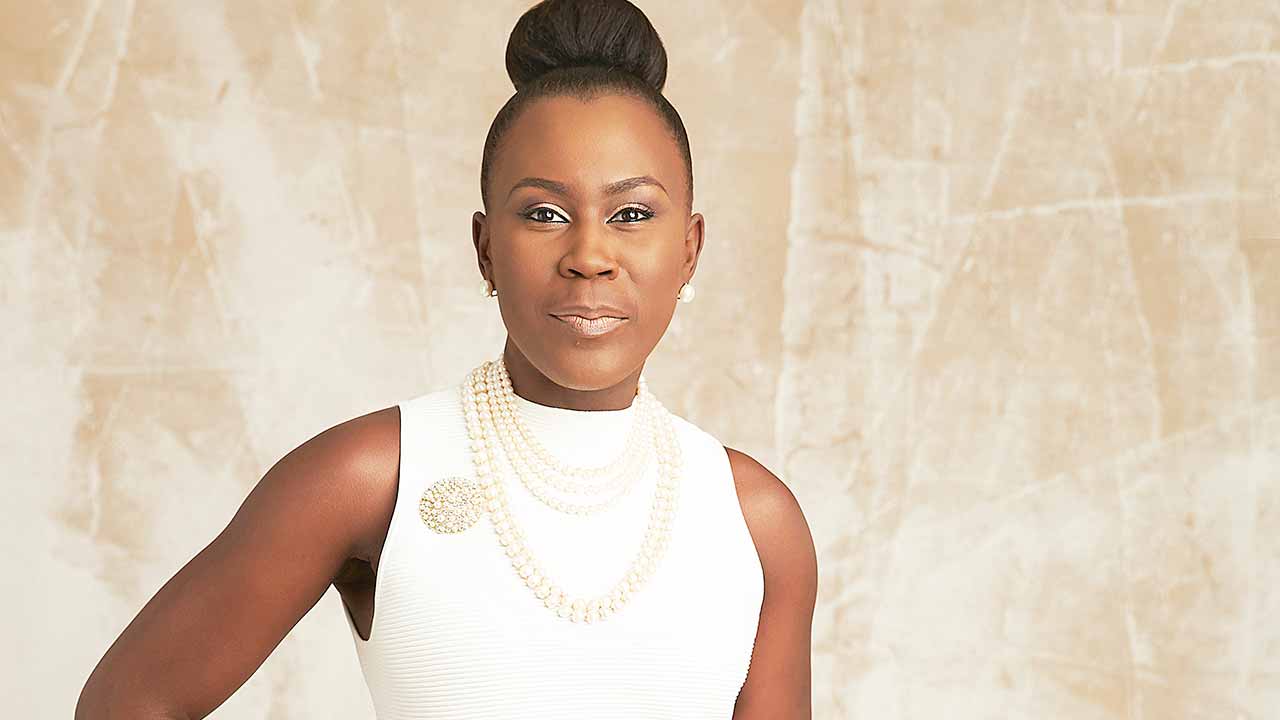 Tara Fela-Durotoye is the founder and current C.E.O House of Tara International who pioneered the bridal make up profession in Nigeria. In a series of firsts, she launched the first bridal directory in Nigeria in 1999, facilitated the first-ever series of bridal seminars in 2000 and set up the first makeup studio in 2004. Tara also established the country’s first makeup school in 2005, launched the Tara Product Line and hosted Nigeria’s first Make-Up Conference in 2014.

In this exclusive interview with Guardian Woman, she discusses the genesis of House of Tara, the challenges of running her business and importance of mentorship.

When you started in 1999, what were your immediate goals?
The business had been in existence before 1999.Our first studio was launched in 1998 on Adeola Hopewell. At the time, one of my goals was to elevate and standardise the profile of the service delivery industry in the nation as well as create great quality products that delivers its value proposition. Strong brands are built on uniqueness being recognisable and being consistent. Starting up an industry that did nit exist made us unique; the Tara name and logo have, overtime, become recognisable. It is a brand that people find inspiring and we have built a following by developing people. I wanted the brand to stand for something, in giving a delightful experience to customers or in creating quality products that people are proud of, and in developing artists for the industry. Over time, we have focused on this goal.

As an entrepreneur with global acclaim, what do you consider as the major downsides of entrepreneurship orientation in Nigeria?
I always knew that the risk of running the business in Nigeria is high but sometimes you do not know to what extent, until my products were counterfeited. This came to me as surprise. I sat at home one day and someone who knew me well sent me a message from China and cried as she saw that my products had been counterfeited and a Chinese was asking her if, as a Nigerian, she was interested in buying Tara.

She knew I was not the one selling it because of the way the guy presented it to her. I saw that happen to many international brands and they were destroyed. Many of them were not owned by Nigerians and Nigeria was not their major market and the proceeds from Nigeria were so little. But for a local brand like mine, that was built in Nigeria, that does business primarily in Nigeria, it is a major problem for us.

As a business that plans to outlive its founder, counterfeiting creates the risk of destroying the longevity of the brand. There is now a major attack on the brand itself and it is almost near impossible to see it go faster. Also, beauty products are on the list from the Central Bank of Nigeria that cannot access foreign exchange for purchase, this means that we would have to start manufacturing in Nigeria. This was a midterm plan for the business.

There is no infrastructure in place to manufacture locally. We’re also trying to move the volumes of products stuck in our warehouse due to counterfeiting. I think the government needs to not only support businesses in terms of creating policies that help, but to also look closely at businesses like ours, identify the challenges and create a structure that helps businesses like ours move from importing to manufacturing.

I always taught we had no competition; brands like MAC and Maybelline are international brands and parts of their brand proposition are that they are not owned by locals and can be purchased anywhere in the world. For us, our brand is one that promotes our culture, ethnicity and language. Also, it is ours, as the brand had us in mind when it was created. It is also a brand that has empowered young women for financial independence. We were in a unique place as the brand propositions were different and we could stand in spite of the entrance of the international brands.

But when you go into the market and you compete with yourself, there is big problem. Today, we are competing head to head with fake Tara that is branded as the original. We want regulators like NAFDAC, Nigerian customs and the office of the Minster of Health to look at these issues more aggressively and see the important role that a company like House of Tara is playing.
During the US recession, the government decided to ensure none of the big banks went under as they understood the impact it would have on the economy. This is a local brand, a Nigerian brand that created an industry that did not exist before and it is important that the government pays closer attention to ensure this brand succeeds.

How does your Tara Fela Durotoye Series aim to proffer solutions to the downsides you identified?
The TFD series was a concept that was initiated by my mentor, Mrs. Ibukun Awosika, who wanted to spend time with ladies younger than I. She had seen the impact that the time she’d spent with me had and felt that she could give more by helping young women shape their purpose and live a full life; not just successful at work but make the right choice for a spouse, wealth creation and management and more.

When she shared this desire with me, I took it upon myself to create platform where she could express herself. I engaged about 10 of my mentees to invite 10 people each in their network and come and listen to her thoughts on various issues and come with questions.

We had over 70 people attend the first event which held on a Monday and it was such an emotional, inspiring session. This is a busy woman with a tight schedule and the ladies really appreciated it. The time was too short and she wanted to spend more time with the ladies, so we decided to create a second event which we made bigger, we had over 250 women.

One of the greatest things about the TFD series is that we are “Paying it forward”. If you have attended in the past, you are encouraged to pass on the teachings to a group of younger women in your network to create a ripple effect. People became more confident in public speaking and their confidence improved. We have had multiple events since then. The next one would be in December where her focus will be on investment and wealth creation as executives on entrepreneurs.

As an entrepreneur, how are you keeping on in the present Nigerian economic situation?
It is very tough and this is about perspective. My prayer is that as a nation, we would learn the lessons in this season and we would not forget what we have learnt. As a business, there is a high focus on cost efficiency, while maintaining the same quality or even better. It is amazing how we discovered things that we were doing that were wasteful that could preserve. If we can do this as a company, what can we do as a nation? As a people, culturally, we need to fix how we spend.

It helped us refocus on the things that are important as a business: impacting lives, customer service, wow experience, being the best place to work especially for our staff, our first customers.

How important is mentorship and how has it benefited you?
People have found a way to mentor even when they are not in the same vicinity. It is very important mentorship is done even if you don’t see the person daily. Sometimes it is in the books the person has written. Some people live their likes vicariously through social media. In many cases, they can express themselves and share their thoughts. You can learn many lessons from them.

In my case, I have been privileged to have a very close relationship with my mentor as a business woman. Mrs. Ibukun Awosika also sits as a chairman on the board of House of Tara. We have several similarities: faith, values and business principles. I hope to emulate and these similarities I believe drew us closer. I believe I am blessed to have someone who is willing to advise me so I do not go through some experiences or make some mistakes.

What are the intersections between entrepreneurship and religion and how can these be used for self and national development?
I believe that one’s religion plays a fundamental role in one’s value system and beliefs and this is seen in the things one holds dearly. With late Steve Jobs, his religion was reflected in his concepts and business model of minimalistic aesthetics. As a Christian, some of the things I am passionate about are our core values: care, empowerment, professionalism, expertise, godly attitude and superior customer service. These are an integral part of our culture at House of Tara internally and externally. They have become mantras we live by.

You were recently given an award by Lagos State and Harvard Business School Association of Nigeria – what were the awards for?
The inspirational woman of the year award by the Committee of Wives of Lagos State Officials(COWLSO) has never been won by anyone in my age group or industry. Some of the recipients have been Mrs. Ibukun Awosika, the first female chairman of First Bank and Bola Adesola, the current CEO of Standard Chartered Bank. These are not women in my League by any standard. But I think it is a representation of women who have done something significant in a group.

I feel that being recognised by COWLSO made it clear to me that, many times, people are watching what you are doing without you realising it. They could be people who you do not expect. It was not an award I thought I could be considered for, it is a Lagos State award recognising someone who is not from Lagos state, recognising someone who is not Yoruba but someone who is a pacesetter. It was also an honour as it was presented by 3 Governors in the presence of about 6 first Ladies. It was an overwhelming experience and I was humbled and I recognise the role Lagos has played to my growth as a business. Lagos has become a fashion hub and sets the pace for fashion in Nigeria. This has contributed to the success of my business.

I also recognise the contribution of Oluremi Tinubu who was a First lady, who honoured the invitation from a young 27-year-old entrepreneur, when I was just starting out. She also reiterated that although I may not be from Lagos, I had my business here and it was recognised and supported.

I was given the leadership awards for entrepreneurship by The Harvard Business School Association of Nigeria.