I grew up in a community where it’s very imporatant to know how to cook – Gina Ehikodi, media personality & foodpreneur

By Esther Ijewere
Share on Facebook Share on Twitter Share on WhatsApp Share on Telegram
I started corporate job in January 2006 barely 2 months after my University final Exams, prior to that time, I had always gotten involved in one form of business or the other because I always believed in earning.
1 of 10 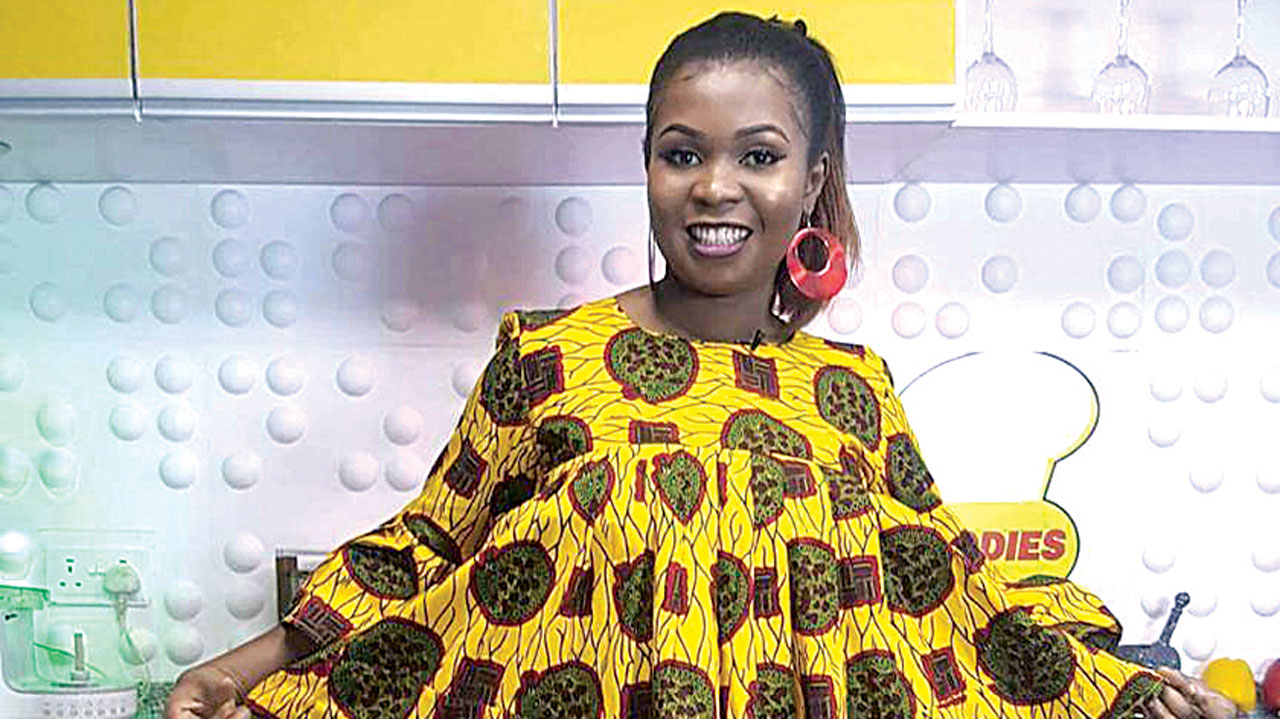 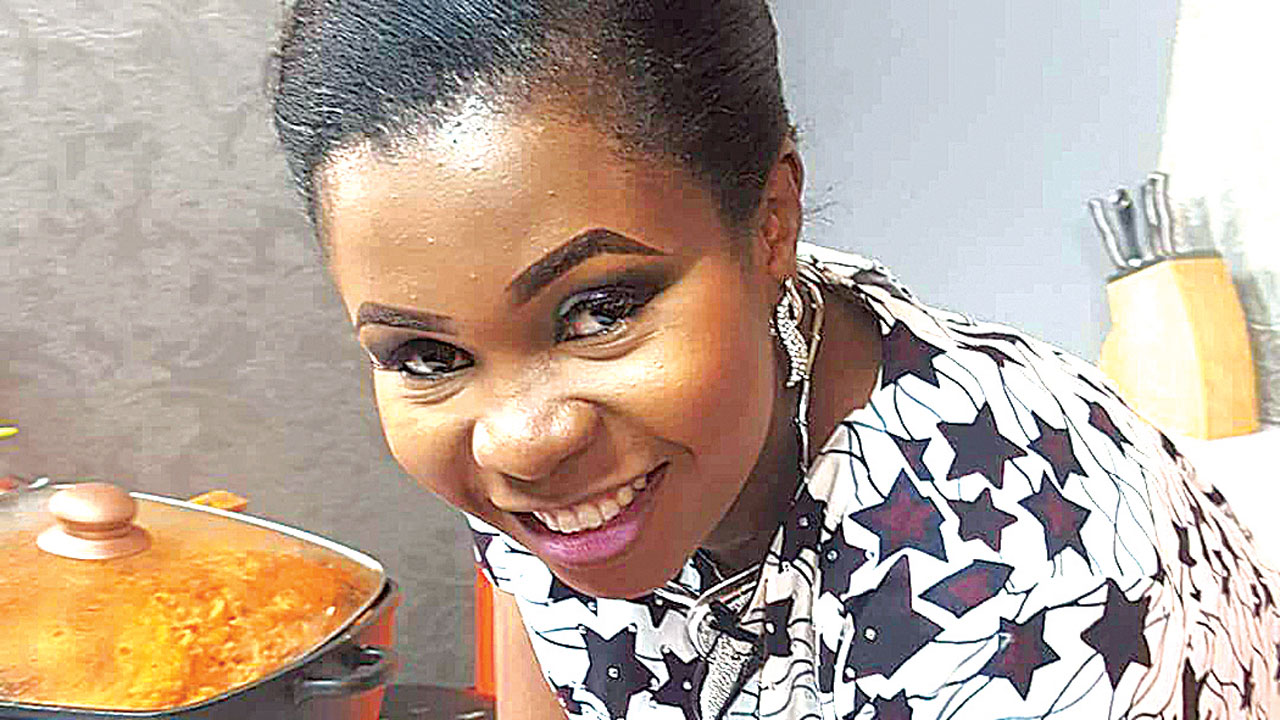 Gina Ehikodi is the Concept creator, Producer and Director of the show that lights up the kitchen with her signature smile as she works her hands easily on her weekly recipes, comically endearing her audience to the cooking with her situational and themed approach. She hosts guests and celebrity’s to her adorable recipes and even takes the show out of the studio, touring Cities and countries celebrating food and lifestyle. The Law graduate from Ambrose Ali University and former manager of Wap TV is passionate about teaching women how to cook great meals. She shares her story and rise to stardom in this interiew.

In the Begining
I had dabbled into Nollywood at a very young age, after my SSCE, I came to Lagos while waiting for my results, armed with a script I wrote since JSS 3, looking for a producer to produce, one thing led to another and with so much resilience and believe, I bagged my first lead role in 1998 in COLOURS OF TOMORROW a film produced by Chizobah Bosah starring acts like Joke silva, Uche Jumbo, Norbert young… I was quite excited about it but I remembered like half of the cast and crew telling me of how intelligent I am and they all advised that I had to face school first and put Nollywood aside till am done with school. I started corporate job in January 2006 barely 2 months after my University final Exams, prior to that time, I had always gotten involved in one form of business or the other because I always believed in earning. I taught as a lesson teacher to primary school kids during holidays, I also got involved in trading which takes me to all the way Onitsha from my home town where I get goods to sell.

Educational background and venture into media
I studied law from Ambrose Alli University Ekpoma and attended the Nigerian Law School Lagos, got called to the Nigerian Bar and just before I could start perfecting my CV, Mr Femi Aderibigbe (Kwame) whom I had worked with immediately after my LLB and before going to Law school believed I could come back to his team and work on Nigeria’s first 24hours music Channel (NIGEZIE).

The experience at Nigezie gave me the opportunity to perfect almost everything I learnt in Law school, as the legal executive I was faced with Artiste Contracts, Property issues, Satellite and platform issues, licenses, Human resources etc, Amidst all of these though, the entertainment part of me kept garnering knowledge on how TV production works.

My Wap TV Experience
I moved to wapTV in 2012 as the General Manager and it was a super smooth ride because I can make bold to say, I learnt from experiences and I was armed with the new school knowledge of getting things done effectively with moderate fund. Prior to wapTV I already started a production which was meant to debut on Orisun the Yoruba Channel. Kwame had given a few of us his staff airtime on the channel to produce contents for it, so I started out producing “Asa alo Pipa” which was meant to be a storytelling content for kids. However, it didn’t debut as I had to resume work at wapTV within a few months.

From wapTV I started the production of the cook show Foodies and Spice it immediately garnered so much viewership and had to spread to more stations, and here we are today … Foodies and Spice is rated the most watched cook show in Nigeria across 9 stations weekly both on terrestrial and satellite platforms and it’s got Awards to show for it.

Marriage and balancing it all
I got married in November 2015 and God blessed me with a set of Twin boys 11 months later, it practically illuminated another part of me I never knew existed. I am always viewed as tough, resilient, a go-getter and wise but truth is the moment I saw my kids, I knew that whatever idea anyone has of me, I only want to be a super better person, a super mom and I want to live my life being happy and making others happy.

Tough decisions had to be made and I chose to quit the regular 9 to 5 job for some reasons which one of them includes having time for my kids. Twins can be a handful but I prayed for these ones, I got them and I am so going to enjoy them.

However, quitting 9 to 5 meant working round the clock but I now have to pilot my own schedule, I got my businesses to handle, will be launching my new Business BUDGETMUMMY in a few months, it is a business designed to empower women and wherever you are in Nigeria, as long as you are a woman who is ready to earn, you will greatly benefit from Budgetmummy.

Other Activities
I am also producing a few more media contents, good thing is that Social media has made it super easy to get content in the face of people, it has also made it easy to market brands so one may not be needing massive advertising budget to get your products known.

Inspiration behind Foodies and Spice
I get the question all the time on what was the Inspiration for Foodies and Spice. I will sum it up by saying, I grew up in a community where it is very important for every girl to know how to cook, my Grandma cooked every day, likewise my Mum, my neighbors cooked, so were their daughters. We played “Home” a lot as kids and we always had make believe cooking with kpangolo and sand, later we evolved into cooking with actual ingredients as we played.

So it was all around me, Food and Cooking. But arriving Lagos, I realized that the hustle was super real for a lot of Folks down here and eating is just a necessity for them not like the way I grew up revering the art of cooking and the act of eating.

I found that loophole and leveraged on it, from taking Food orders to Outdoor catering and the TV show was borne out of my Passion for the art of cooking and the act of eating.

Nigerian women and the art of cooking good food
I once said on an interview some time ago that every woman has the ability to cater, to cook because I believe we are wired that way, I got some negative feedback from some people who claimed that every woman is not built to cater but I still differ. Now it is different from making choices not to cook or cook good food but everything in a Nigerian Woman tends towards having the ability to cater or to cook, it is now a question of if the woman does it well? But that is why we have platforms like Foodies and Spice to guide and make cooking fun. Every woman has the ability but they have to make the choice.

Importance of Cooking to Marriage
Cooking is very important in a marriage, it creates some form of special bond from Husband, wife to Children. It doesn’t matter who does the cooking, I will rather the one who does it well should do the cooking but what is Important is having that Family meal time, those special moments no one wants to miss because Mummy is preparing dinner or daddy is giving us a special sandwich treat this Saturday. Those are the beautiful memories you want to keep as a family. Meal times should be regarded as special.

Who and What Inspire me to be Better
I have always aspired to be a better person daily, maybe it is in the way God created me but each passing day, there is this longing for more, it may be called ambition in English but for me I would say it is the consciousness to live life to the fullest, I do not want to leave anything undone that I should have done. I believe so much that every individual on earth is on a mission and we are not here by accident, so my greatest inspiration is the consciousness of living a purpose driven life. Also, I have drawn inspiration from people like Mr. Wale Adenuga mfr, I had been an ardent follower or Fan of his works since Ikebe super days, I was barely 7 years old when I started reading copies of his work and fast forward 2 decades later fate had it that I would work for him. Also Mr, Femi Aderibigbe (Kwame), Not everyone has the ability to trust young school leavers but kwame gave me the opportunity to grow without having fears of my ability, I didn’t take that trust for granted so I found myself every day for the 6 years I worked for him determined not to sink. And if this is the right platform to say it, I will like to show my gratitude to every individual who taught me. I can’t remember any one of them who ever talked me down or tried to lower my self-esteem, they all contributed to this woman I have become today, they all inspired me.

Importance of Social Media
The effect of Social Media cannot be overemphasized, it makes brand recognition easier these days. I mentioned earlier that even with little or no advertising budget, once you can afford data, you can creatively promote brands and businesses, many businesses have benefitted or are benefitting and my brands are not left out. It is a potpourri of opportunities on social media, there is just so much you can do with it.

I am Woman of Rubies
I am a woman aspiring to be worth more than rubies.

Personality
Chiddie Anyasodo : ‘Many people confuse infatuation with love’
26 Feb
A graduate of Electrical/Electronic Engineering, Chiddie Anyasodo is the co-founder of Chotayah, a high-end executive matchmaking service for professional Africans all over the world. Through the platform, Chiddie and her husband Ben, have helped many African singles discover and route out the obstacles preventing them from being in a healthy relationship. Chiddie’s career path evolved…

Guardian Woman
Tobore Anne Emorhokpor: I am using my passion to impact the world
5 Mar
When a Pharmacist has a burning passion for women and children, committed to giving hope to the hopeless, and lending her voice to the voiceless, she deserves to be celebrated.

Guardian Woman
Emmanuella Inah: I started safe pregnancy Africa to curb maternal, child mortality rates
12 Mar
Caring is the essence of nursing and midwives. These words describe Emannuella Inah, a registered nurse and Midwife who is touching lives, and changing narratives through her work.

Guardian Woman
Adewumi: Food Sense Shop was born out of my love for healthy foods
26 Mar
Adefunke Oluremi Adewumi is a goal getter and a force to reckon with. She is committed to supporting indigent communities, providing shelter for homeless victims of domestic violence, and empowering widows and single mums across the nation...