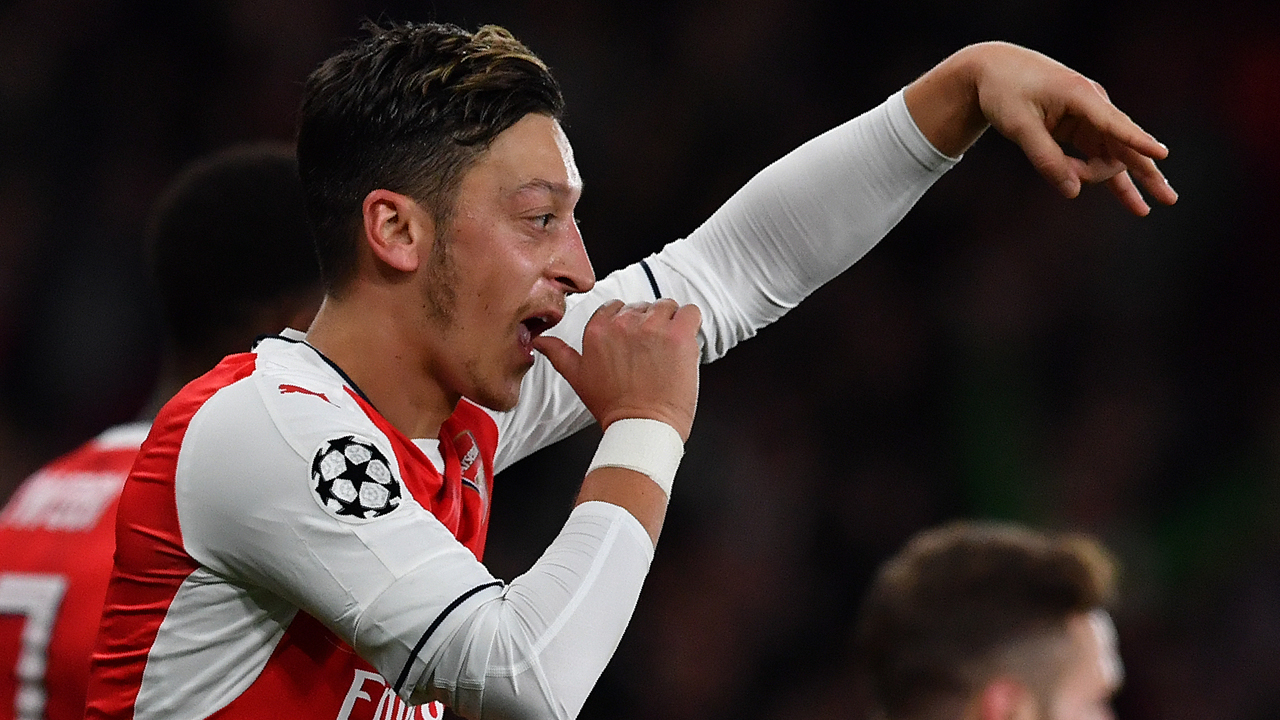 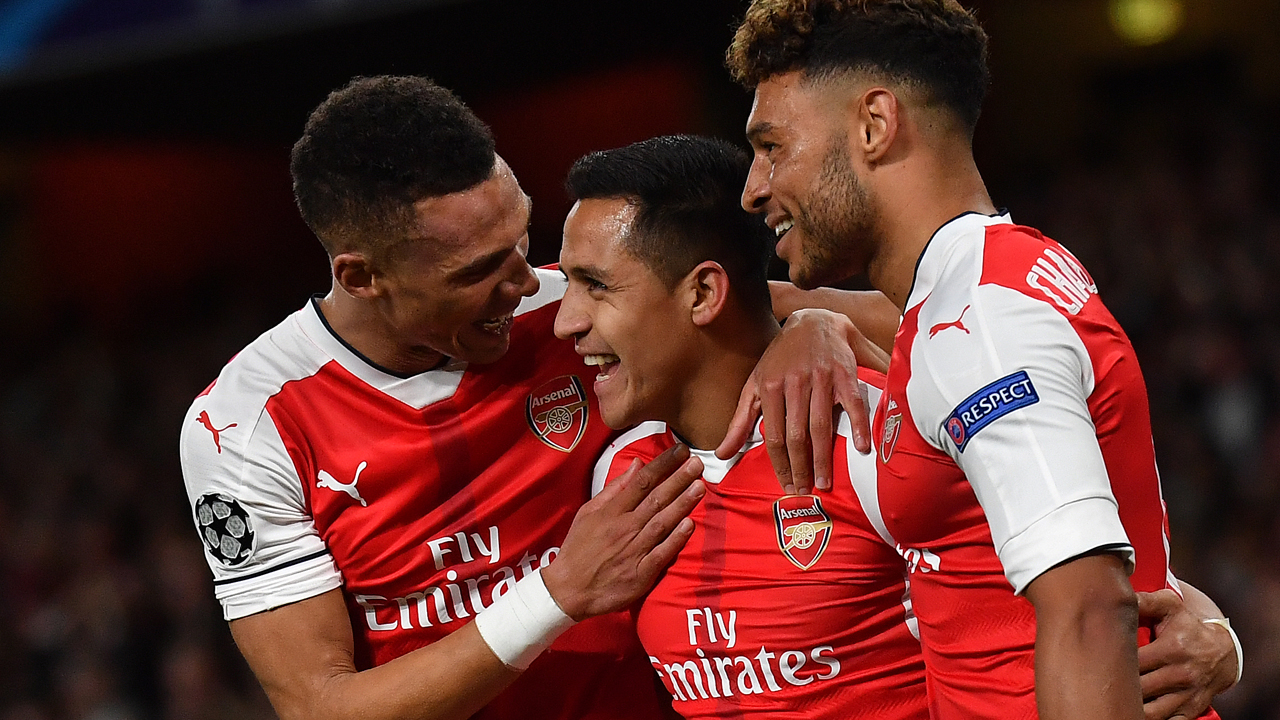 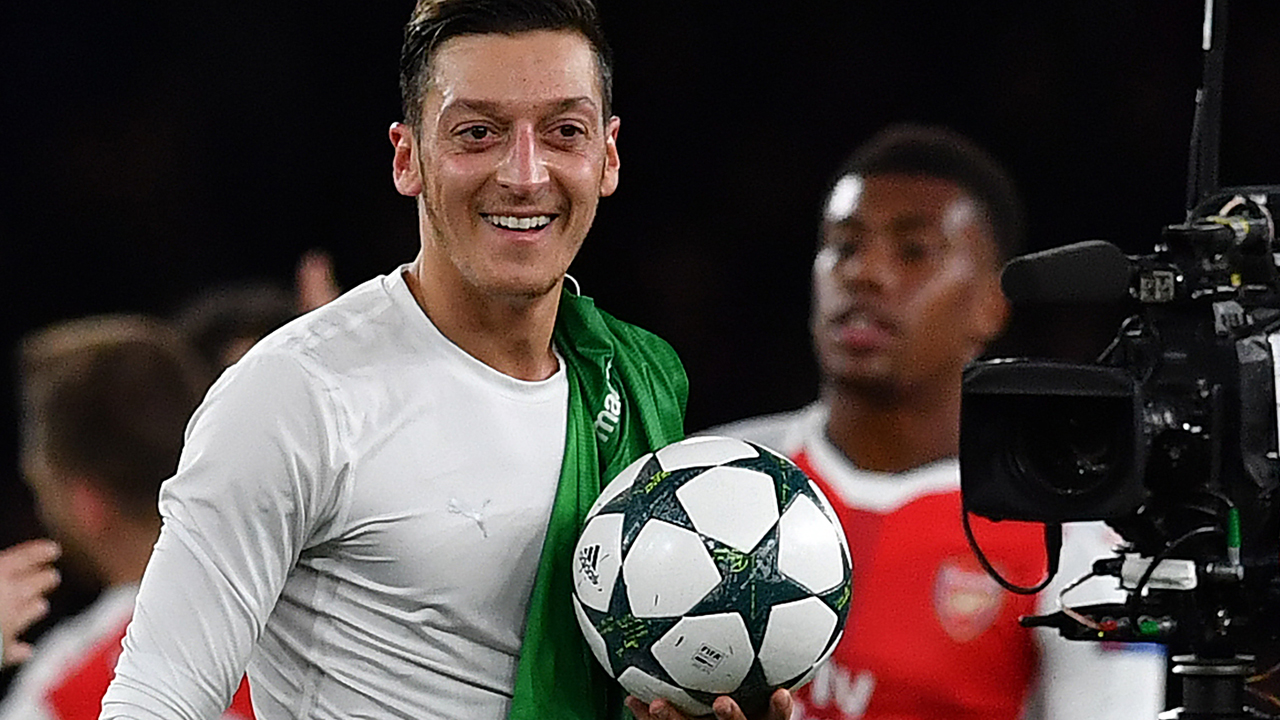 Mesut Ozil and Alexis Sanchez showed why their value to Arsenal is priceless as the peerless duo inspired a 6-0 thrashing of Bulgarian minnows Ludogorets in the Champions League on Wednesday.

Gunners boss Arsene Wenger has urged Ozil and Sanchez not to get greedy after reports they both plan to demand Arsenal increase their wages to £250,000-per-week ($307,000, 279,000 euros) when contract talks are reopened later this month.

Sanchez and Ozil’s current deals expire in 2018, but Arsenal want their prize assets to commit their long-term futures to the club and on the evidence of their swaggering displays at the Emirates Stadium, they should pay them whatever they want.

Sanchez was the catalyst for Arsenal’s romp as the former Barcelona star netted his sixth goal of the season with a quite brilliant first half chip, while German midfielder Ozil smashed a second half hat-trick.

Theo Walcott and Alex Oxlade-Chamberlain were also on the scoresheet for rampant Arsenal, who are top of Champions League Group A after three matches and well on course for the last 16.

Unbeaten in Europe this season, Arsenal have now won seven successive matches in all competitions.

“Our confidence is stronger with every win but we have to keep the vigilance as well, and the urgency to bring that into the next game,” Wenger said.

“We have a strong squad and a strong spirit, but you have to take care of it and keep your feet on the ground.”

Making four changes from the team that beat Swansea on Saturday, Wenger called for his players to keep their foot on the gas after building some impressive momentum in recent weeks and the response was emphatic.

After scoring twice against Swansea, Walcott had a golden opportunity to extend his hot streak when Sanchez picked him out unmarked inside the penalty area.

With only Ludogorets goalkeeper Vladislav Stoyanov to beat, Walcott strangely opted for a cross and his scuffed delivery was easily cleared.

Walcott’s faux pas was never likely to derail Arsenal for long as they cut through the Ludogorets defence time and again before taking the lead in the 12th minute.

– Prime form –
Taking possession on the left edge of the Ludogorets penalty area after beating the Bulgarians’ attempted offside trap, Sanchez looked up and lofted a majestic chip that arched over Stoyanov before nestling into the far corner.

While Arsenal were in prime form going forward, they were less convincing at the back and Wanderson threatened with a stinging drive that forced David Ospina into action.

Breached again moments later, Arsenal were saved by Ospina, who raced off his line and barely got to the ball before colliding with Virgil Misidjan, who appealed in vain for a penalty.

Ospina also had to be alert to block on the edge of the area before Wanderson fired against the woodwork from the rebound.

Walcott misfired again when he blasted straight at Stoyanov from close-range, but he made amends in the 42nd minute.

Given time to size up his shooting chances 25 yards from goal, Walcott punished Ludogorets’ slack marking with a superb shot that flashed past the slow-to-react Stoyanov.

With their chances of taking even a point looking forlorn, Ludogorets faded in the second half and Oxlade-Chamberlain pounced on Kieran Gibbs’ half-cleared cross to score Arsenal’s third goal from 10 yards in the 46th minute.

Wenger’s men weren’t finished yet and Ozil made it four when he raced onto Santi Cazorla’s superb long pass and drilled a low strike past Stoyanov in the 56th minute.

There was still time for Ozil to improve his own bid for a bumper new deal as he struck again with a cool finish in the 83rd minute.

Ozil completed his hat-trick in the 87th minute when he blasted home with a fierce close-range volley.

Funke Akindele Did Not Buy Me A House – Pa James
1 day ago  What's New
StarTimes maintains pay as you go policy, reviews subscription price
1 day ago  News
Pictures Of Hushpuppi's New Home In Chicago
3 days ago  What's New
Umar replaces Magu as EFCC chairman
2 days ago  Nigeria
Something to bank on
1 day ago  Opinion