Farmers can get 50% subsidy on insurance premiums, says NAIC
6 hours ago  Features
1 of 10 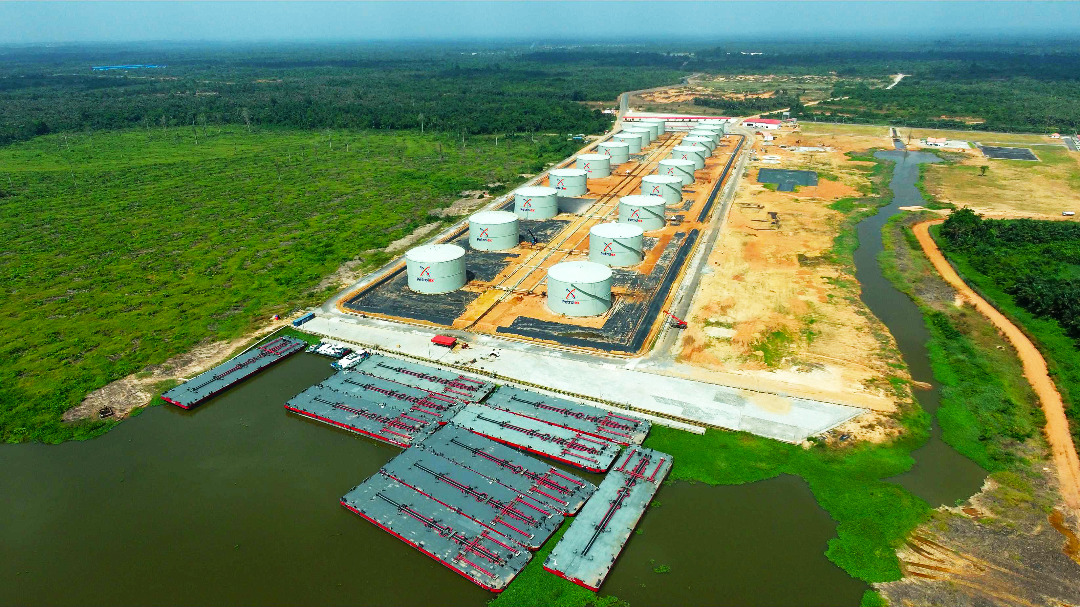 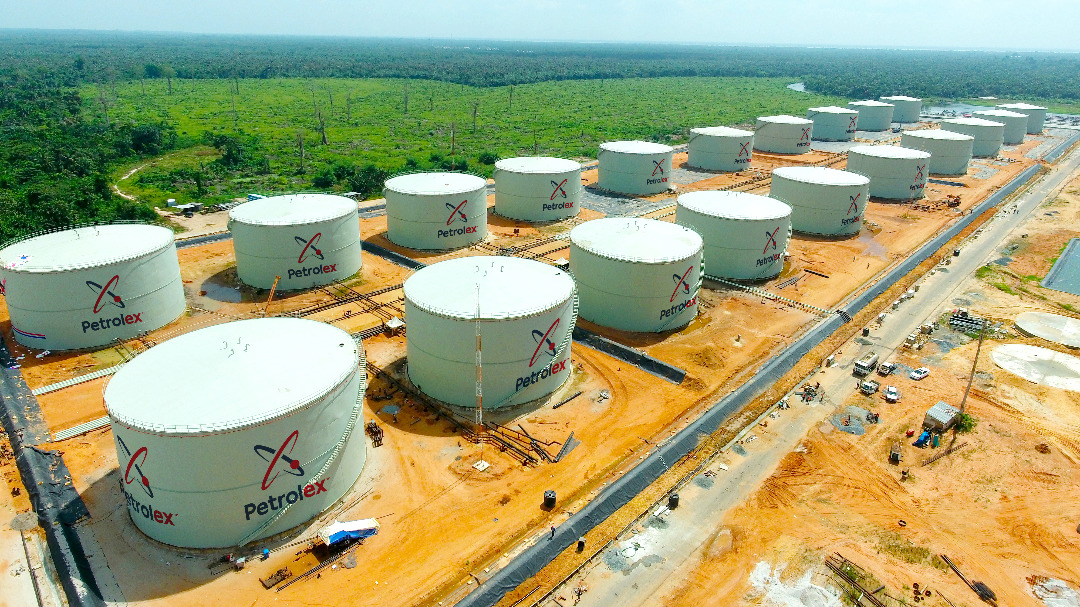 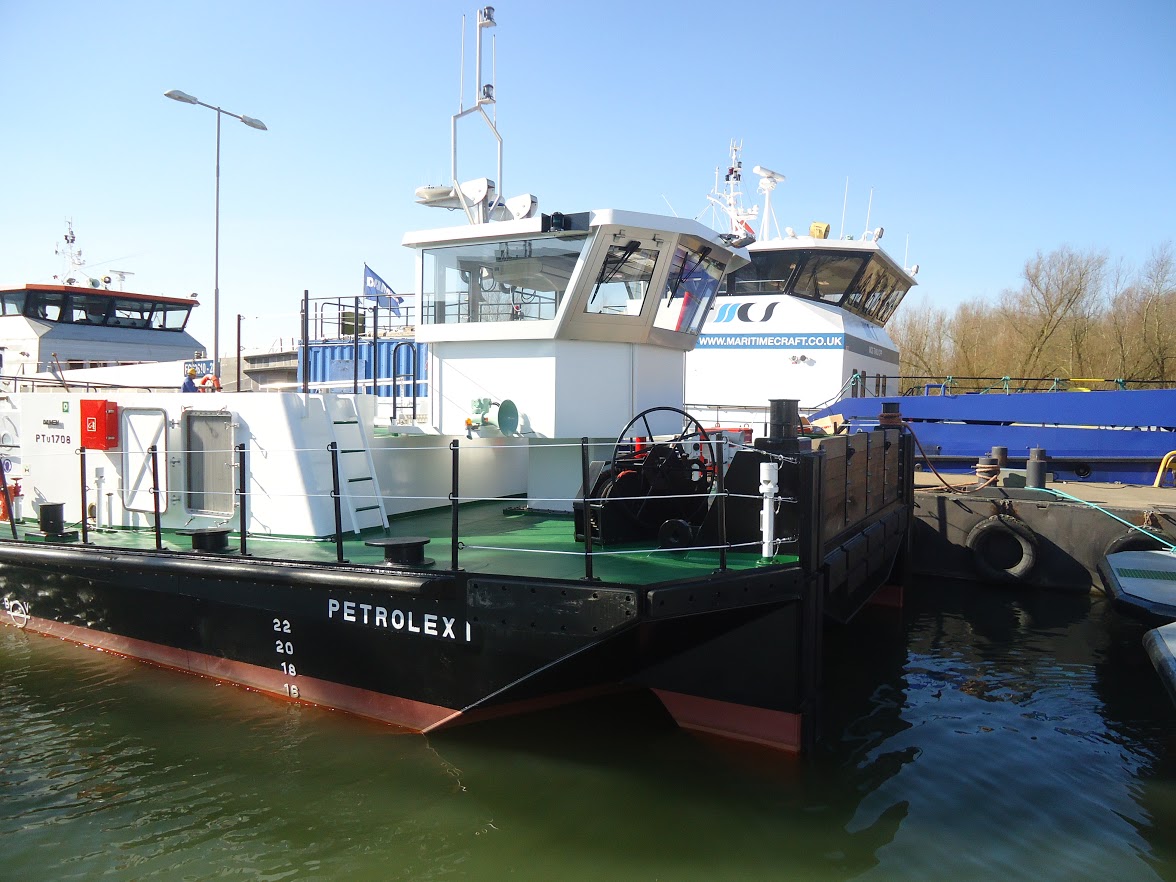 One of the oil company's tug boats

Apapa is home to two of Nigeria’s busiest seaports, several tank farms and a number of big companies. Business activities in the area are a big component of Nigeria’s economy, however, despite its importance, the deplorable condition of Apapa—caused overtime by the failure of government to expand infrastructure development in line with growing population—has been a source of a nightmare to port operators, commuters, motorists and the public.

Petrolex Group, a leading energy conglomerate in Nigeria has begun a move to drastically reduce the traffic gridlock at Apapa, which has been a source of anxiety to various stakeholders.

On December 12, 2017, Petrolex Group will commission the first phase of its Mega Oil City at Ibefun, Ogun State. The project worth millions of dollars, will not only decongest Apapa by as much as 60 percent but also break a record as the first of its kind in sub-Saharan Africa’s energy landscape.

Petrolex Mega Oil City is a legacy investment currently valued at over $330million dollars by PwC. The tank farm in the Oil City has the capacity to turnover 600,000million litres of petroleum products every month and will transform petroleum products storage and distribution in Nigeria, by catering for about 60 percent of the in-country need.

“As a solutions-driven company, we are positioned to drive increased efficiency and consistent value creation across the West African downstream oil and gas value chain through our strategic investments and the delivery of superior quality products and services. Working with our diverse stakeholders, the successful completion of the first phase of our mega oil city in Ibefun, Ogun State, Nigeria demonstrates our disciplined approach to project management and signposts our ability to execute large-scale energy development projects that will move the region forward,” said Segun Adebutu, Chairman/CEO of Petrolex Oil and Gas Limited, during a media tour to the site.

The Mega Oil City has 30 loading gantries, residential quarters, ultramodern health centre and a 4000-truck capacity trailer park with accommodation for drivers. Upon completion in the next couple of years, it will completely transform into the largest petrochemical industrial estate in the whole of sub-Saharan Africa, as home to a 250,000bpd capacity refinery, a gas processing plant, a lube plant and other feedstock industries such as fertiliser plants.

The Oil City will create over 10,000 new jobs, impact over 2 million lives, improve the distribution of petroleum products by over 500 percent, improve efficient delivery of products to retail markets and eliminate over 2000 tankers from Apapa road.

Petrolex Oil City’s impact on Apapa will be achieved because of its strategic location. The City is easily accessible by land and waterways. There is access to the Atlantic Ocean and products can be easily shipped in and out through fleets of specially designed barges sailing through the river on the site. So far, Petrolex has procured 10 barges, 2 tugboats and a daughter vessel. The company is also expecting additional 6 barges and 6 tugboats to strengthen its diversified approach to product distribution.
Adebutu said, “I lived in Apapa, I had to pack out one day when there was a gas build-up in one of barges and it exploded and shattered glass in my house. I grew up where there were palm trees and we could ride our bicycles about and within the space of a decade, we spend one and half hours to even get out of Apapa. The infrastructure in Apapa was for a residential and partly commercial area, not for the traffic, it is facing now”. Adebutu said the congestion and attendant distribution problems requires immediate solution.
According to reports, social and economic activities in the axis generate close to N140billion weekly for Nigeria and accounts for about 80 percent of imports and exports in the country.

The situation became worse in May this year when contractors from Flour Mills, Dangote Group and the Nigerian Ports Authority commenced a rehabilitation project that necessitated closing a part of the road.

Media investigations have shown that port users spend as much ass 10 days going in and out of the port to evacuate their cargoes, a process that should take 24 hours or less. Also, commuters who work around the axis have recounted the hellish time they spend on the road, at times, having to turn back without getting to work.

The chairman of Apapa local government council, Owolabi Adele, said at a stakeholders meeting in August 2017, that as a result of the traffic gridlock at Apapa, more than 82 companies have relocated, leading to huge economic losses for Lagos State and the country at large.

The Petrolex Mega Oil City will no doubt be a complete gamechanger. There will be full economic and social impact on Nigeria’s economy. Petrolex is not just building an alternative, it is creating ‘a new world of endless possibilities’. Petrolex is changing the narrative of Nigeria’s underperforming energy sector with industry-defining assets along the entire value chain.